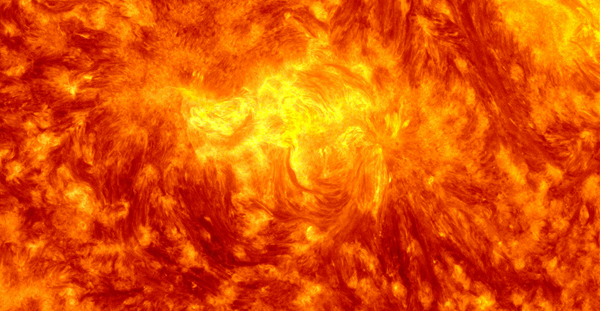 Active Region 1654 has traveled half across the Earth facing side of the Sun and now is squarely facing Earth. On January 13, this huge sunspot reached its maximum size measured as more than 193 000 km (120, 000 miles) wide long or 15 Earth diameters) from end to end.  This large sunspot was even visible with the naked eyes from Earth when the sun was dimmed by clouds or mist. 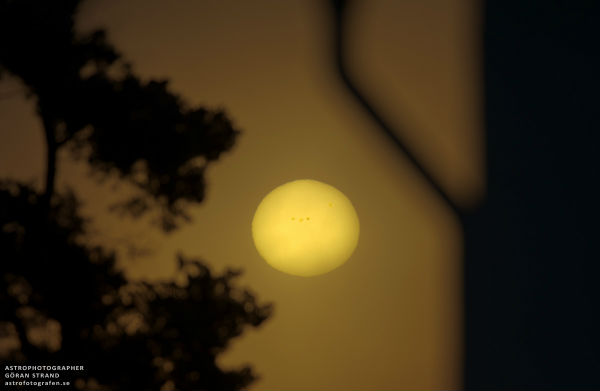 NOAA/SWPC forecasters estimate a 60% chance of M-class solar flares, and a 5% chance of X-flares in the next 24 hours. 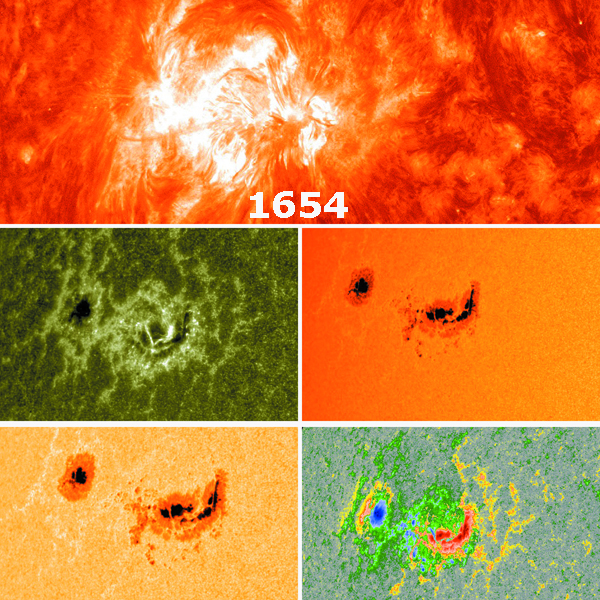 SDO released video tracking this region starting January 7 through January 15, 2013. It shows the crackling region coming over the eastern limb of the Sun and then tracking across the center, seen through composite of three wavelengths (211, 193 and 171 angstroms). You can watch the movie bellow.

Sunspots are dark areas on the solar surface, contain strong magnetic fields that are constantly shifting. A moderate-sized sunspot is about as large as the Earth. Sunspots form and dissipate over periods of days or weeks. They occur when strong magnetic fields emerge through the solar surface and allow the area to cool slightly, from a background value of 6000 ° C down to about 4200 ° C; this area appears as a dark spot in contrast with the very bright photosphere of the Sun. The rotation of these sunspots can be seen on the solar surface; they take about 27 days to make a complete rotation as seen from Earth.

Sunspots remain more or less in place on the Sun. Near the solar equator the surface rotates at a faster rate than near the solar poles. Groups of sunspots, especially those with complex magnetic field configurations, are often the sites of solar flares. Over the last 300 years, the average number of sunspots has regularly waxed and waned in an 11-year (on average) solar or sunspot cycle. 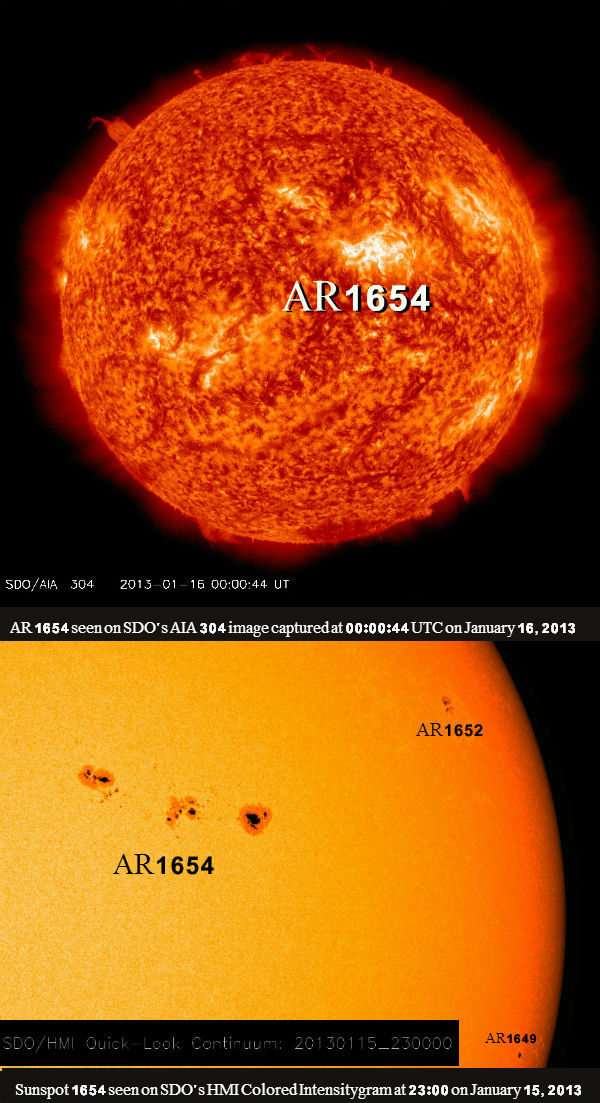 You can track the AR 1654 via our SpaceWeatherStation