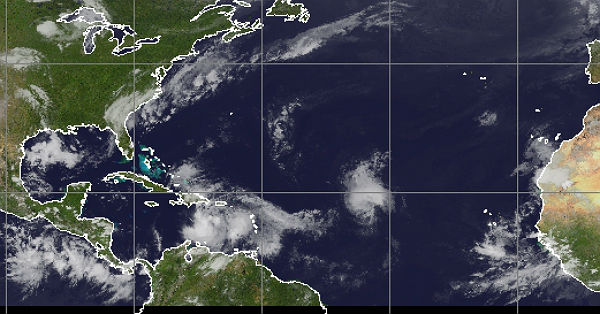 Two powerful tropical storms are moving through north Atlantic waters – TS Isaac and TS Joyce. Isaac is located about 165 miles south of San Juan, Puerto Rico and recently upgraded Joyce is located about 1305 miles east of the Leeward Islands. Another tropical wave, located between west coast of Africa nad Cape Verde Islands, shows shower and thunderstorm activity as it moves westward. This system has a low 10% chance of becoming a new tropical cyclone during the next 48 hours. 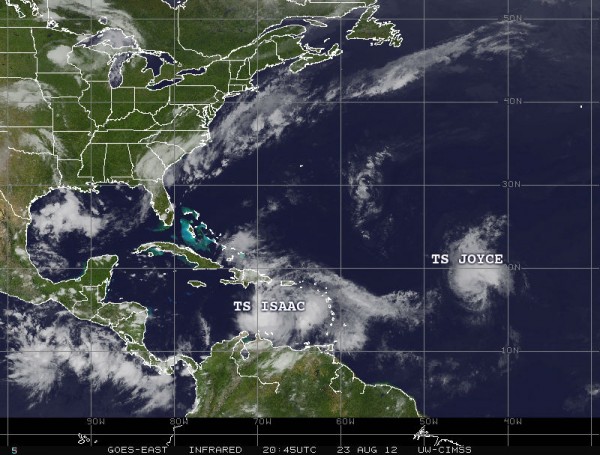 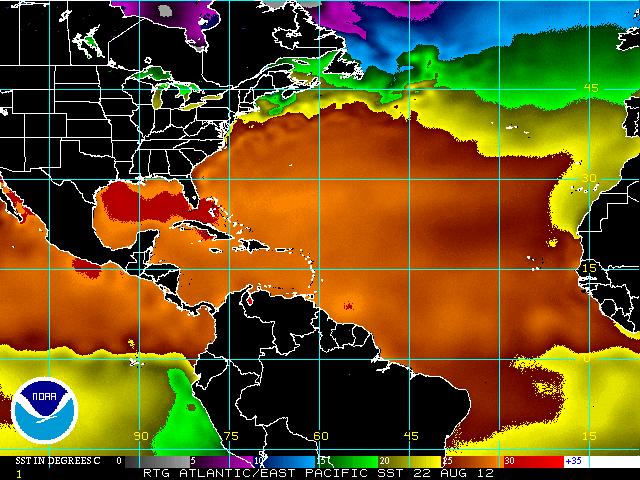 A storm surge will raise water levels by as much as 3 to 5 feet above normal tide levels in areas of onshore winds along the coast of Hispaniola. Storm surge in Puerto Rico as well as the U.S. And British Virgin Islands will gradually subside tonight. Dangerous surf and rip current conditions will affect the Windward Islands, Leeward Islands, Virgin Islands and Puerto Rico during the next couple of days.

According to latest public advisory by US National Hurricane Center at 21:00 UTC, the center of Tropical Storm Isaac was located near latitude 16.0 north and longitude 67.1 west. Isaac is moving toward the west-northwest near 26 km/h ( 16 mph) and this general motion is expected to continue through Saturday. The center of Isaac will approach the South Coast of the Dominican Republic tonight, move near or over the South Coast of the Dominican Republic and Haiti on Friday and approach southeastern Cuba Friday night. 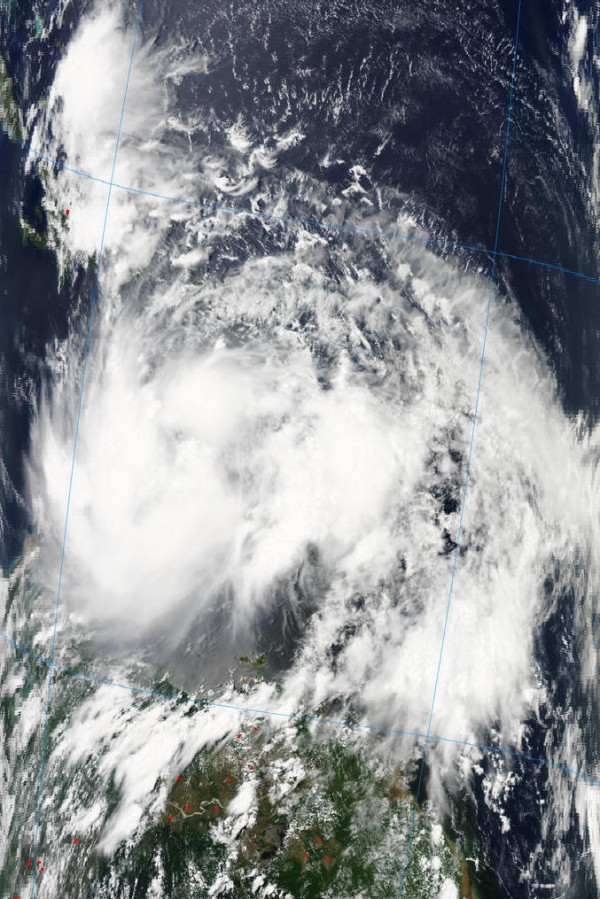 Strengthening is forecast during the next 48 hours and Isaac could become a hurricane as it nears the Dominican Republic and Haiti on Friday.

Satellite imagery indicates that Joyce has become less organized this afternoon. At 2100 UTC, the center of Tropical Storm Joyce was located near latitude 15.9 north and longitude 42.5 west. Joyce is moving toward the west-northwest near 22km/h (14 mph). Some erratic motion is possible tonight but a general west- northwestward to northwestward motion with some increase in forward speed is expected during the couple of days. Tropical storm force winds extend outward up to 370 km (230 miles) to the north of the center.

Maximum sustained winds are near 65 km/h (40 mph) with higher gusts. Little change in strength is forecast during the next 48 hours.