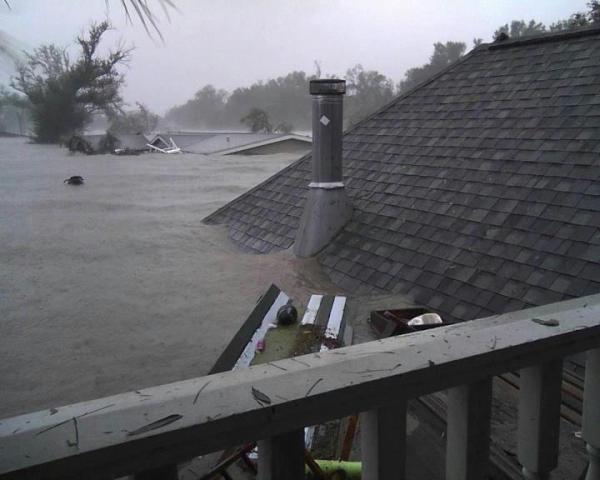 Slow-moving Isaac weakens to a depression over northern Louisiana but flooding rains continue across southeastern Louisiana and Mississippi. Isaac has officially been downgraded to a tropical rainstorm. All coastal warnings have been discontinued. Even though Isaac is no longer a tropical storm, dangerous hazards from storm surge, inland flooding and tornadoes are still occurring. Water levels will remain elevated in southeastern Louisiana and coastal Mississippi through tonight and gradually subside tomorrow. Dangerous surf and rip current conditions will continue to affect the West Coast of Florida and the northern Gulf Coast through tonight before subsiding on Saturday. 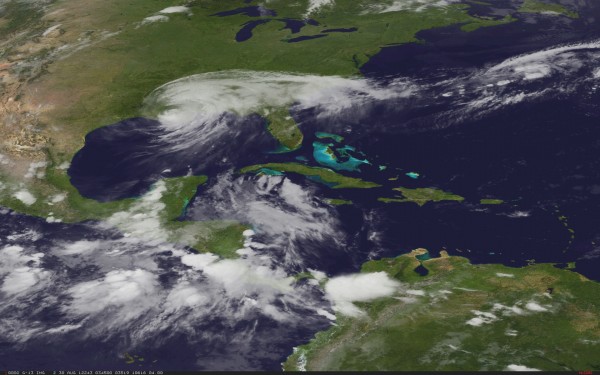 At 21:00 UTC, the center of Tropical Depression Isaac was located near latitude 32.7 north and longitude 92.6 west. The depression is moving toward the north-northwest near 12 mph (19 km/h). A turn toward the north is expected by early Friday. The center of Isaac will continue to move over Louisiana, over Arkansas on Friday and over southern Missouri Friday night.

Maximum sustained winds are near 35 mph (55 km/h) with higher gusts. Tornadoes are possible along the central Gulf Coast region and parts of the lower Mississippi River valley through tonight. Gradual weakening is forecast during the next 48 hours and Isaac is expected to become a Post-tropical remnant low pressure system by Saturday. The estimated minimum central pressure based on nearby surface observations is 995 mB.

Based on observations from National ocean service tide gauges at New Canal station Louisiana, a storm surge of more than 5 feet is persisting along the southern shore of Lake Pontchartrain and a storm surge value of near 4 feet continues at Waveland Mississippi.

Isaac is expected to produce total rainfall accumulations of 7 to 14 inches with possible isolated maximum amounts of 25 inches over northern and eastern Louisiana, much of Mississippi and southwest Alabama. Rainfall totals of 3 to 6 inches with isolated maximum amounts of 8 inches possible across Arkansas and into southern Missouri through Friday. These rains could result in significant lowland flooding. The heavy rain potential will be spreading eastward this weekend into portions of the mid west and Ohio Valley region.

Storm surge flooding was occurring along the Alabama, Mississippi and Louisiana coastlines from Tuesday afternoon through Wednesday night with roads closed in multiple areas, including Mobile, Ala., and New Orleans. Water levels will remain high along the northern Gulf Coast through Thursday