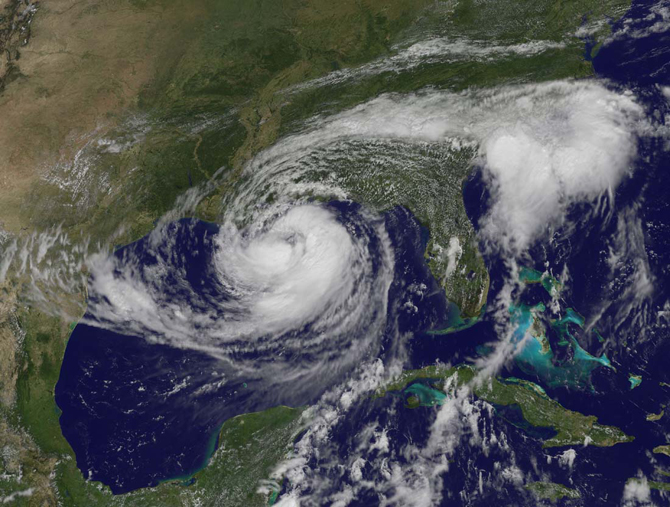 Residents along the northern Gulf coast are bracing for the arrival of Isaac, which was recently upgraded to a Category 1 hurricane. Center of Isaac nearing the coast of southeast Louisiana. Storm surge flooding already occurring along the coast of southeast Louisiana. Dangerous surf and rip current conditions will continue to affect the West Coast of Florida and portions of the northern Gulf Coast for the next day or so. The center of Hurricane Isaac should reach the coastline of southeastern Louisiana during the next few hours and continue moving farther inland over southeastern Louisiana. The five-day forecast suggested that the hurricane and its remnants would head straight up the Mississippi River basin and perhaps to the Ohio River. 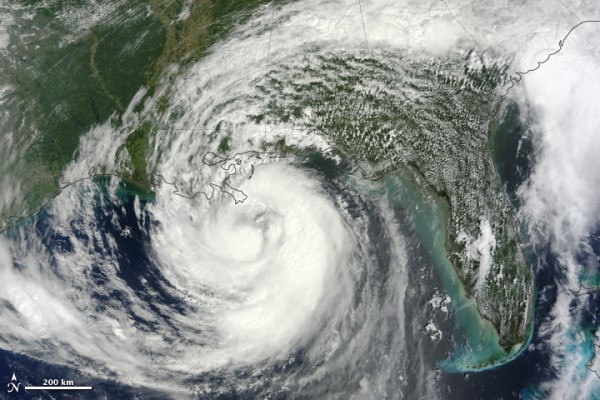 Hurricane Isaac has officially made landfall in far southeastern Louisiana in Plaquemines Parish with maximum sustained winds of 80 mph at 6:45 p.m. CT Tuesday. He will move back out over West Bay before a second landfall between Grand Isle and Morgan City, Louisiana, tonight.

At 23:00 UTC the center of Hurricane Isaac was located by NOAA Doppler radars near latitude 28.9 north and longitude 89.2 west. Isaac is moving toward the northwest near 8 mph (13 km/h). A northwestward motion at a slightly slower speed is expected over the next day or two. Maximum sustained winds are near 80 mph (130 km/h) with higher gusts. 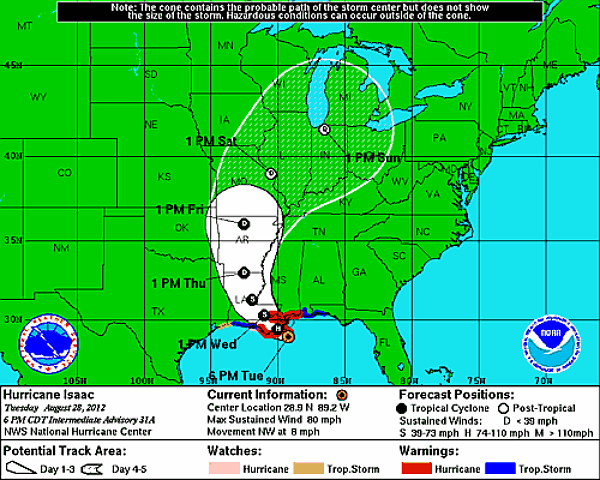 NHC forecasters expected Isaac to strengthen a bit before reaching shore, and warned of potential flooding from rainfall of 7 to 14 inches (18 to 36 centimeters), with localized precipitation up to 20 inches (50 centimeters). They also warned of a storm surge that could reach 6 to 12 feet (2 to 3.5 meters), depending on the timing of landfall and of local tides. Though just a category 1 storm, Isaac’s slow forward motion had the potential to pile up more water in the storm surge. Winds and storm surges are worst on the right/northeastern side of hurricanes.

As Isaac impacts the Gulf of Mexico, oil and gas companies have evacuated workers and shut down production. 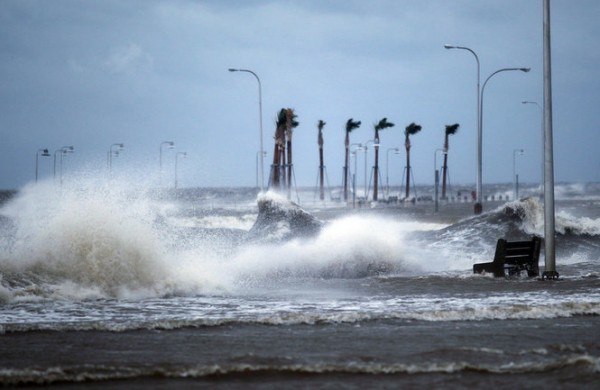 At 23:00 UTC the center of Hurricane Isaac was located by NOAA Doppler radars near latitude 28.9 north and longitude 89.2 west. Isaac is moving toward the northwest near 8 mph (13 km/h). A northwestward motion at a slightly slower speed is expected over the next day or two. Maximum sustained winds are near 80 mph (130 km/h) with higher gusts.

The combination of a storm surge and the tide will cause normally dry areas near the coast to be flooded by rising waters. The water could reach the following depths above ground if the peak surge occurs at the time of high tide:

The deepest water will occur along the immediate coast in areas of onshore winds. Surge-related flooding depends on the relative timing of the surge and the tidal cycle and can vary greatly over short distances. The surge will be accompanied by large and dangerous waves.

Winds affecting the upper floors of high-rise buildings will be significantly stronger than those near ground level. At about the 30th story winds would likely be one Saffir-Simpson category stronger than at the surface. A wind gust to 106 mph was recently reported off the southeast Louisiana coast at oil rig at an elevation of 279 feet (the equivalent of the 28th floor). Tornadoes are possible along the northern Gulf Coast through tonight.

Heavy rains could cause severe flooding, as the parched ground and dried up crops will not necessarily absorb that much water.

After crossing the southwestern tip of Haiti during the early morning hours of the 25th of August, Isaac paralleled the northern coast of Cuba the following day and moved through the Florida Straits with the center passing about 40 miles (~65 km) south of Key West, Florida on the afternoon of the 26th. As it entered the southeastern Gulf of Mexico on the afternoon of August 26th, Isaac’s wind field was spread over a large area, making it less responsive to changes in central pressure. Dry air intrusions hindered the development of an inner core. On August 28, 2012, tropical storm Isaac achieved hurricane force and was predicted to make landfall on the Gulf Coast of the United States sometime overnight.

Katrina moved up from the south over the Mississippi Delta on a curved path. Isaac is likely to be rolling in straight from the southeast, so the counterclockwise flow around the storm will drive a significant surge toward Chanderleur Sound, Lake Borgne and Lake Pontchartrain early on and for a number of hours. A storm surge of 3 to 6 feet is forecast for Lake Pontchartrain with the highest levels on the western end of the lake as the storm approaches. 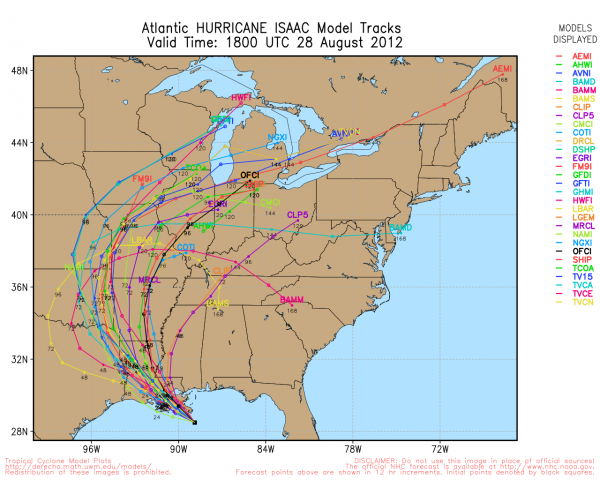 NASA is just days from launching an intensive multi-year study of hurricane formation and evolution in the Atlantic Ocean. Known as the Hurricane and Severe Storm Sentinel (HS3) mission, the project will use robotic Global Hawk airplanes to fly over and through storm systems. A principal goal is to learn more about what makes tropical storms intensify into hurricanes. 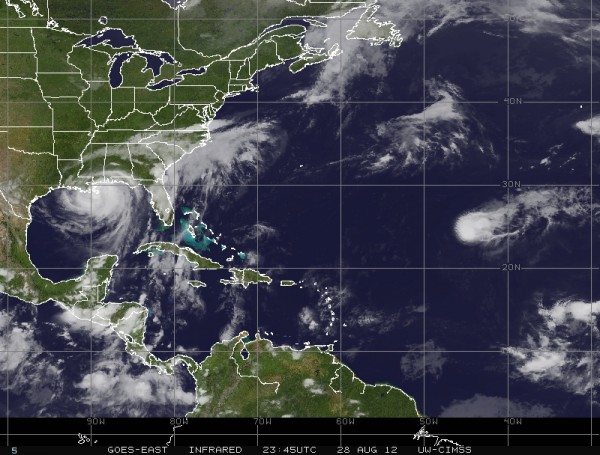