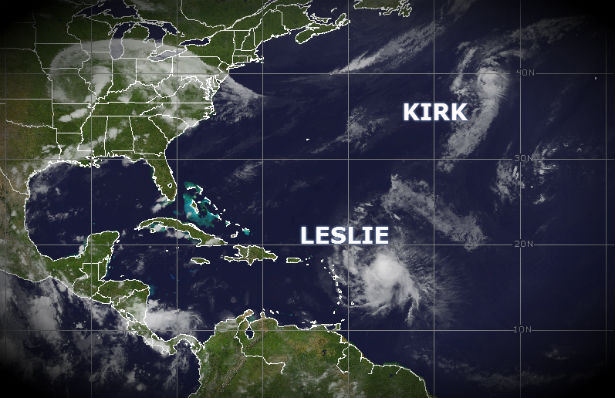 Hurricane Kirk downgraded to a Tropical Storm and is currently moving rapidly northeastward toward the North Atlantic  and Tropical Storm Leslie is becoming less organized. Meanwhile, Tropical Depression Isaac has lost tropical characteristics while moving across Missouri and flash floods threat are diminishing. Flood warning are still in effect around Kansas City area and in south-central Illinois.

At 21:00 UTC the center of Tropical Storm Kirk was located near latitude 39.5 north and longitude 44.3 west. Kirk is moving toward the northeast near 29 mph (46 km/h) and this motion is expected to continue during the next day or so with an increase in forward speed. Tropical storm force winds extend outward up to 90 miles (150 km), mainly to the south and east of the center.

Maximum sustained winds have decreased to near 65 mph (100 km/h) with higher gusts. Some weakening is forecast during the next 48 hours and Kirk is expected to become Post-tropical on Sunday and be absorbed by a front by Monday. The estimated minimum central pressure is 997 mB.

Cloud top temperatures have warmed and the convective overcast continues to elongate northeastward as southwesterly upper-level winds affect the cyclone. As Kirk moves over cool waters and the shear increases markedly,  the cyclone is expected to become Post-tropical in about 24 hours. Kirk should be absorbed by a front by 36 hours. 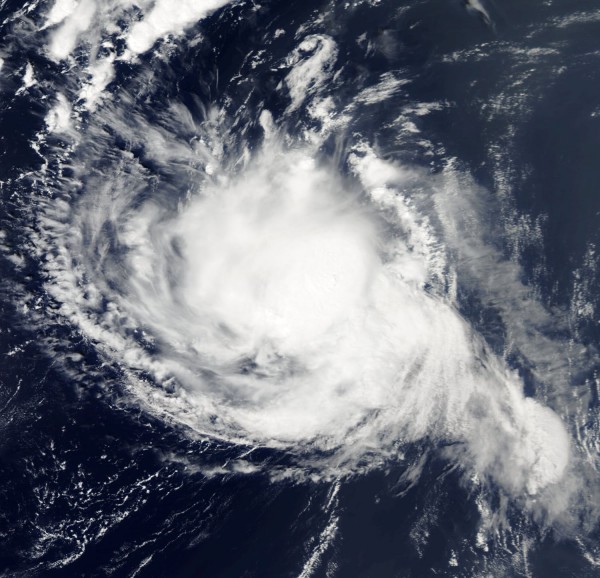 At 21:00 UTC the center of Tropical Storm Leslie was located near latitude 19.2 north and longitude 57.3 west. Leslie is moving toward the west-northwest near 18 mph (30 km/h). Maximum sustained winds have decreased to near 65 mph (100 km/h) with higher gusts. Little change in strength is forecast during the next 48 hours. Tropical storm force winds extend outward up to 160 miles (260 km) from the center. Estimated minimum central pressure is 998 mB.

The center of Leslie is expected to pass well to the northeast of the Leeward Islands. A turn toward the northwest with a decrease in forward speed by Sunday.

Swells generated by Leslie could affect portions of the Leeward Islands through the weekend and begin to affect Puerto
Rico and the Virgin Islands on Sunday. These swells could cause life-threatening surf and rip current conditions. 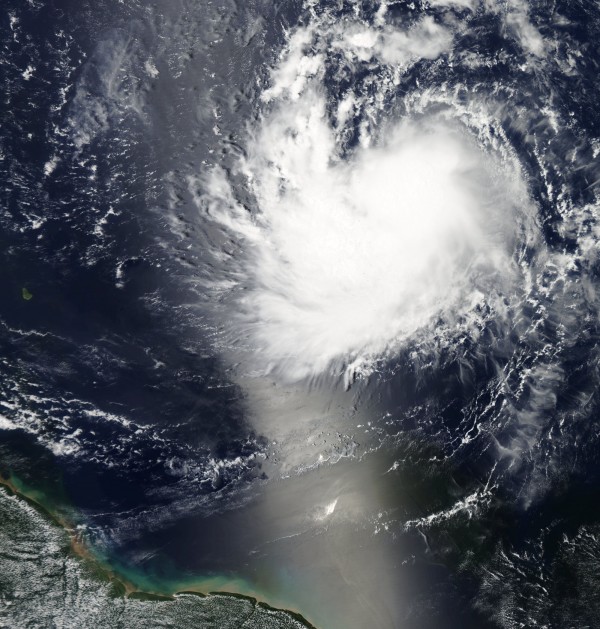 Northwesterly shear is forecast to persist and somewhat increase over the next couple of days primarily due to flow around the eastern portion of an upper-level high. Leslie moves through an extremely unstable environment and warm waters. 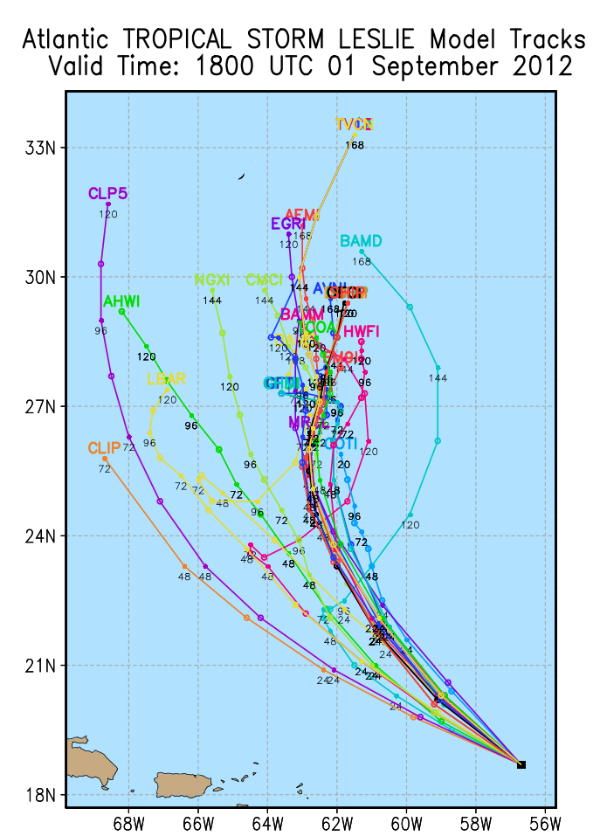 The long-range forecast is uncertain because it involves the interaction of many features, including the remnants of Isaac, a cutoff low offshore of Florida and a weak ridge over the central Atlantic.