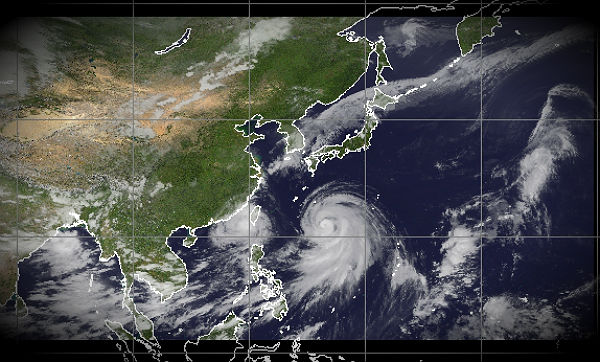 Two powerful typhoons are spinning in west Pacific waters. Tembin and huge Bolaven are approaching mainland. Tembin targets Taiwan and Bolawen is heading for Okinawa and Ryuku Island, Japan. There is possibility that this two typhoons interact. 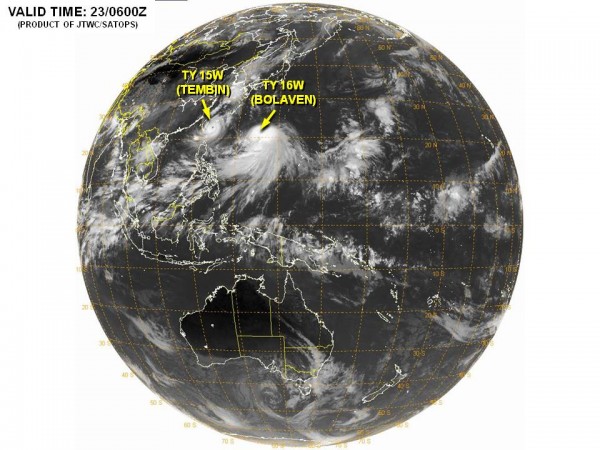 Increasingly dangerous strong Category 2 Typhoon Bolaven is heading for the Okinawa-Ryukus Islands off southern Japan. The system have been interactive with a smaller, compact Category 2 Typhoon Tembin’ off the southwestern coast of Taiwan. Both will gradually influence the effects of one another as indicated in a ‘Fujiwhara effect’ between two opposing forces.

Bolaven  continues to track along the southwestern periphery of the deep layered subtropical ridge to the north, anchored just east of Honshu, Japan. The past six-hour track motion has taken a more north-northwestward path than previously expected as it seems the large size of Bolaven is modifying the steering subtropical ridge at a faster pace then previously forecast.

The system is expected to intensify as it approaches landfall over Okinawa around Sunday. All trackers still indicate landfall over the northwestern portion of the Korean peninsula. 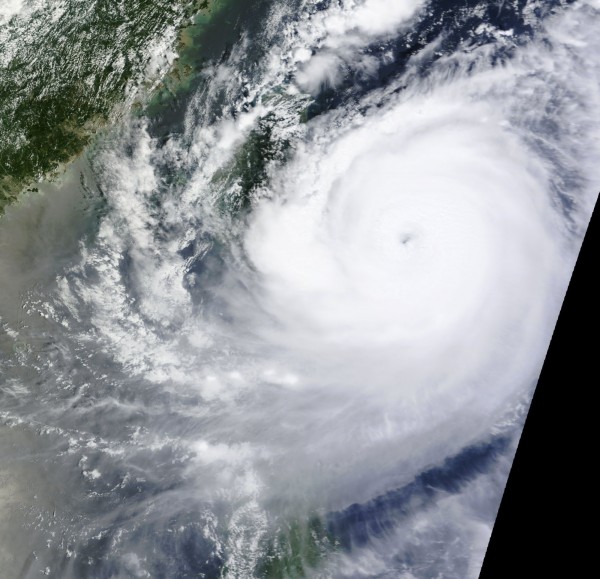 The eyewall structure has only slightly degraded as Tembin skirted the southern peninsula of Taiwan. It will continue to steer west-southwestward over the Taiwan Strait during the next 36 hours and should be able to maintain current intensity. As Typhoon Bolaven passes to the northeast, some binary interaction is possible. 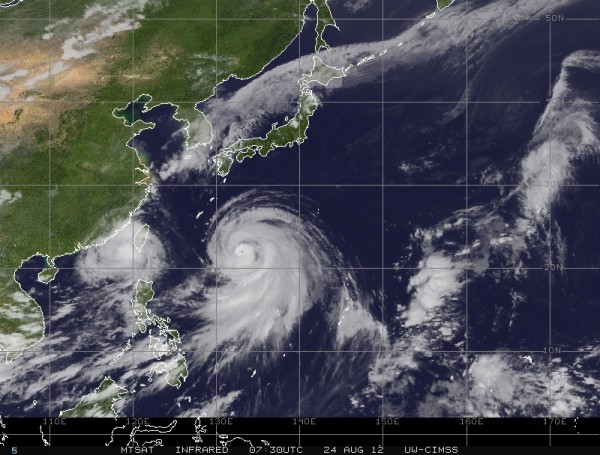