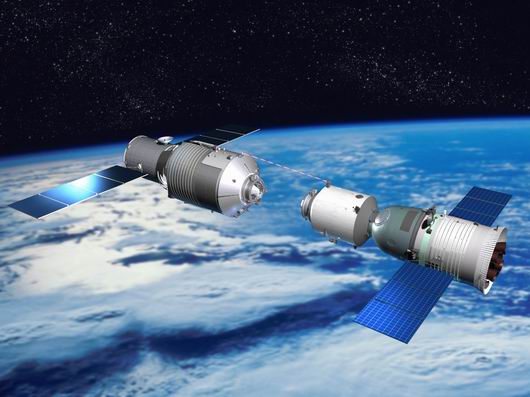 On June 16, 2012 People’s Republic of China (PRC) successfully launched their first manned crew to Tiangong-1 space lab. Not only will this soon become their own space station but this is the mission when first Chinese woman was sent to space.

Chang Wanquan, Chief Commander of China Manned Space Engineering Project, Commanding Officer of mission headquarters, and director of the PLA General Armaments Department, announced at 18:57, Beijing time, from Jiuquan Satellite Launch Center, that the Shenzhou 9 spaceship had accurately entered its orbit and the crew members were in good condition, calling the spaceship launch a great success.

About 585 seconds after the lift-off of Long March 2F/Y9 rocket, the spaceship was separated from the rocket and entered a 200 km perigee and 330 km apogee initial orbit. According to the scheduled procedure, the spaceship will accomplish auto rendezvous and docking with Tiangong 1 target vehicle.

Tiangong-1 space lab is 8.5-metric-ton, 10 metre long and 3 metre in diameter and is China’s first space laboratory module. This is experimental testbed to demonstrate the rendezvous and docking capabilities needed to support a space station complex. Launched unmanned aboard a Long March 2F/G rocket on 29 September 2011, it is part of the Tiangong program, which aims to place a larger, modular space station into orbit in next 10 years.

Tiangong (meaning “Heavenly Palace“) is a space station program of PRC, with the goal of creating a third generation space station, comparable to Mir. This program is autonomous and unconnected to any other international space-active countries. The program began in 1992 as Project 921-2. As of March 2011, China is moving forward on a large multiphase construction program that will lead to a large space station. 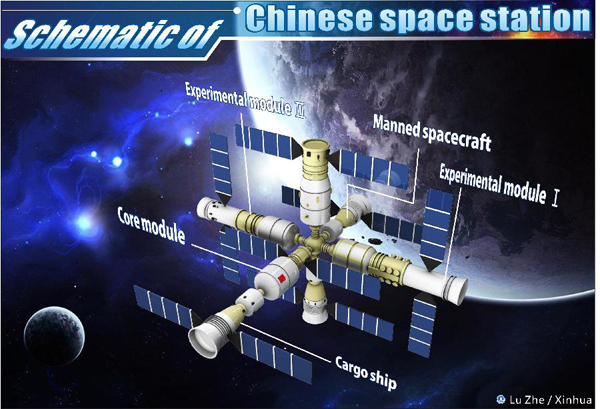 The Tiangong is designed with a lifetime of ten years. The complex will weigh approximately 60,000 kilograms (130,000 lb) and will support three astronauts for long-term habitation. The public is being asked to submit suggestions for names and symbols to adorn the space station and cargo ship.

“Considering past achievements and the bright future, we feel that the crewed space program should have a more vivid symbol and that the future space station should carry a resounding and encouraging name,” said Wang Wenbao, director of China Manned Space Engineering Office.

The main objectives of this mission include:

After the rendezvous and docking of Shenzhou 9 with Tiangong 1, the astronauts will enter into the experimental module of Tiangong 1 target vehicle through the docking passage and start working and living there.