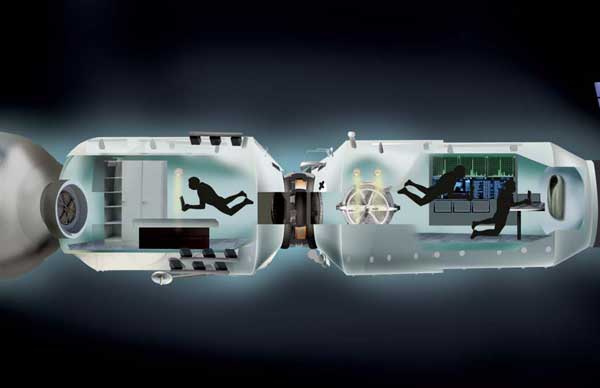 China completed its first manned space docking on Monday, June 18, 2012 as a spacecraft carrying three astronauts successfully coupled with an orbiting module, in a major milestone for its ambitious space programme.

The docking to Tiangong-1 space lab was done by automated procedure, lasted about 8 minutes and was completed at 2:14 pm. China time.

Three astronauts, including China’s first female astronaut Liu Yang, waited inside the Shenzhou IX spacecraft’s re-entry capsule while the pressures inside the vessels were equalized. Once it was confirmed that it was safe to open the hatches, mission commander Jing Haipeng entered Tiangong-1 at 5:07 pm.

Grabbing handles on one side of the capsule which was colored khaki to signal “ground”, he quickly made his way into the space lab module.

Upon entry, he adjusted to the weightlessness and waved to a monitoring camera.

The slightly awkward maneuver drew sympathetic laughter from the scientists and engineers watching at the Beijing Aerospace Control Center.

Yang Liwei, China’s first astronaut and now deputy director of the manned space engineering office, said that astronauts usually need some time to learn how to control their body posture in a zero-gravity environment.

Tiangong-1 is also much larger than the Shenzhou IX spacecraft and requires some getting used to.

The astronauts will also take part in exercises which experts said will yield important information on how the body can function in space.