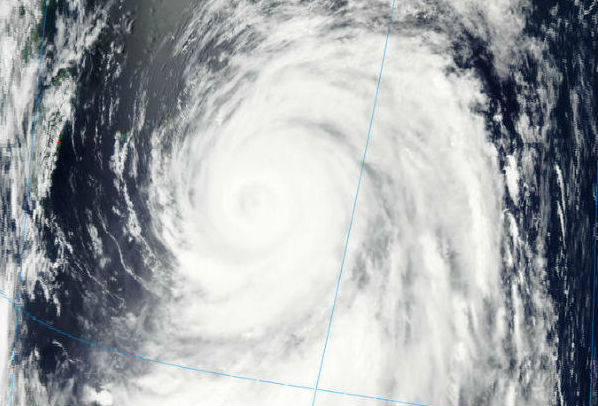 Typhoon Guchol is predicted to be the first tropical cyclone to hit Japan this year. Yesterday Guchol was a powerful category 4 typhoon on the Simpson Scale with winds of 130 kts (~150 mph). Guchol has been weakening and may only a be a strong tropical storm when it is predicted to strike Japan’s main island of Honshu on June 19, 2012.

Guchol is currently bringing strong winds and squally rains to the southern Ryukyu Islands and conditions will continue to deteriorate over the next 12 hours as the storm passes over the island chain. As Guchol moves farther north it will encounter both more shear and cooler water temperatures leading to a slow weakening of the system over the next 24 hours as it approaches southern Japan. Guchol is expected to make a landfall near Shikoku and southern Honshu Tuesday afternoon. Heavy rain could lead to mudslides and flash flooding, especially in the mountains just west of Tokyo. The strongest winds usually occur on the right side of the storm track, meaning the most damaging winds are expected across southeastern Honshu. It is forecasted to finally weakened into an extra tropical low pressure later Wednesday or Thursday. 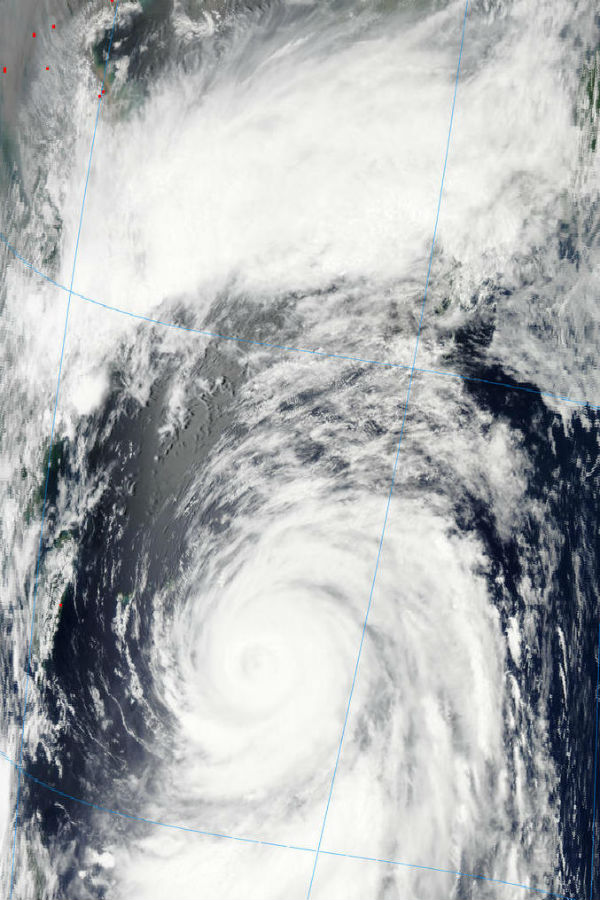 Flooding rainfall will also be possible north of Tokyo in areas devastated by the earthquake and tsunami in 2011. The threat for damaging winds will be greatly reduced by the time the storm reaches these areas.

To make matters worse for Japan, Tropical Storm Talim, formed off the coast of southeast China on Sunday. Computer models suggest this storm will track to the northeast, passing near Taiwan on Wednesday and then approach Japan by Friday. This system could bring another round of flooding rainfall to areas that will be trying to recover from Guchol. 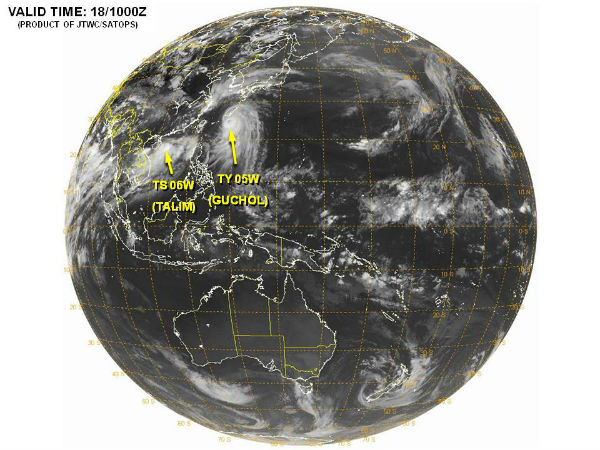 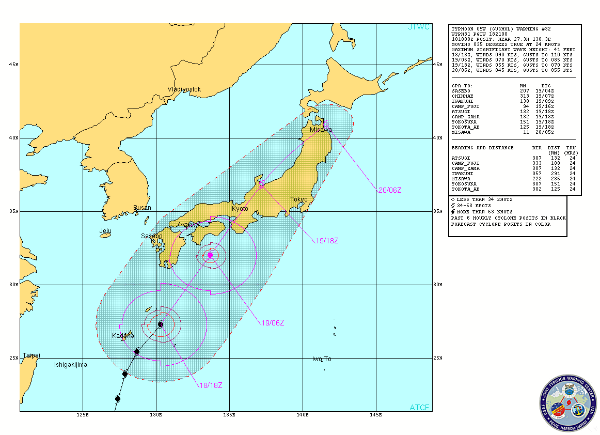 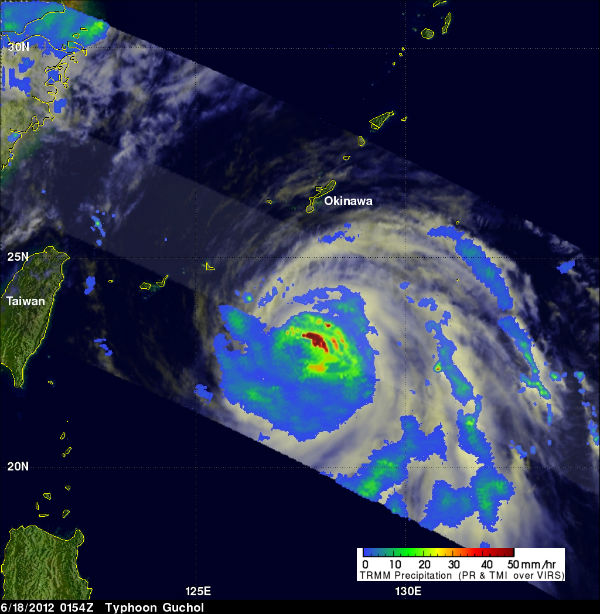