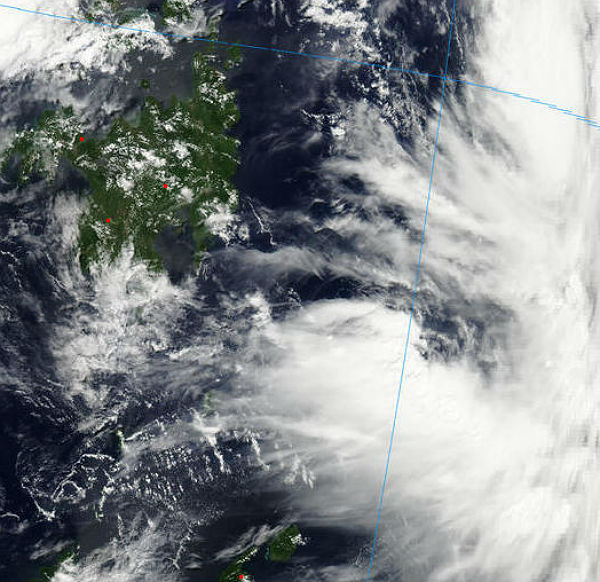 Guchol is now a strengthening typhoon and remains on a path that puts the Philippines, Taiwan and Japan in harm’s way. Guchol strengthened into a typhoon (the equivalent of a hurricane in the eastern Pacific or Atlantic basins) over the extremely warm waters of the Philippine Sea Thursday evening. The typhoon is expected to continue intensifying through this weekend, potentially reaching the strength equal to that of a Category 2 hurricane.

According to Joint typhoon Warning Center (JTWC) Typhoon Guchol is located 695 nm east-southeast of Manila, Philippines and is moving south-westward at speed of 8 knots. Maximum significant wave height is 26 feet. 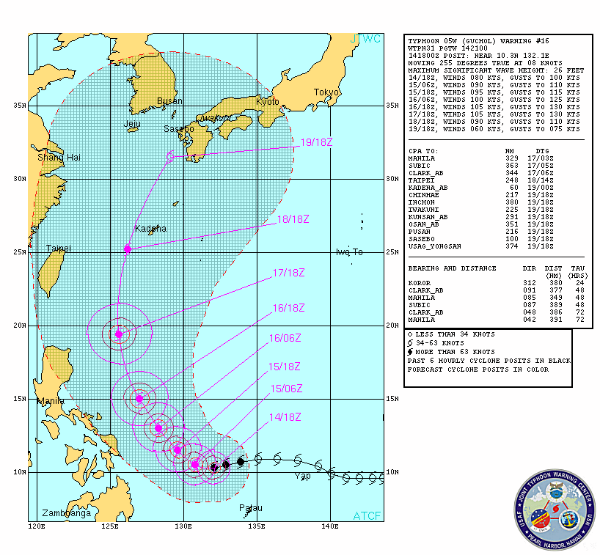 PAGASA stated that Tropical Storm “BUTCHOY” was estimated based on satellite and surface data at 620 km east-southeast of Guiuan, Eastern Samar (10.3°N, 132.0°E) with maximum sustained winds of 100 km/h near the center and gustiness of up to 130 km/h. It is forecast to move west-northwest at 15 km/h. Southwest monsoon is still affecting Luzon. 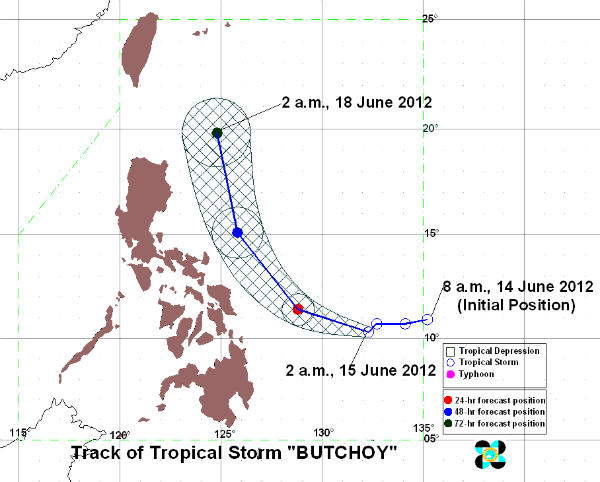 After leaving the Philippines, Guchol will track northward offshore of Taiwan around Monday. Taiwan should escape Guchol’s outer rain bands but could still face indirect and dangerous impacts. There is serious concern that the worst effects of Guchol in Taiwan and the Philippines will actually come as Guchol is moving away from these islands.

As Guchol tracks northward, tropical moisture feeding into its center will unleash a steady stream of torrential rain across the central and northern Philippines this weekend into early next week. Taiwan may face a similar inundation through much of next week, which is the last thing residents want to hear after recent flooding rain. Even though Guchol will pass east of the Philippines and Taiwan, places along the western slopes of these nations’ mountains will face the greatest serious flood and mudslide threat from the heavy rain.

Japan will likely have to brace for the storm’s onslaught Tuesday into Wednesday after Guchol bypasses Taiwan. Guchol is expected to weaken as it takes aim on Japan but should still remain capable of unleashing widespread flooding rain. Damaging winds will also become a threat depending on Guchol’s strength and how close it comes to land. 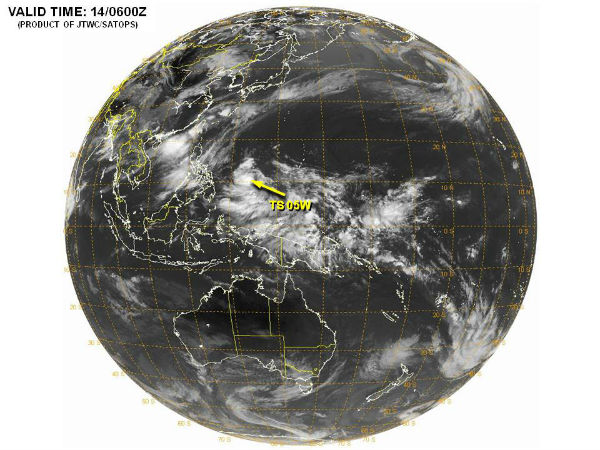