A fast-moving CME that left the Sun on June 14th is expected to scoop up another CME already en route and deliver a double-blow to Earth's magnetic field on June 16th. Weak-to-moderate geomagnetic storms are possible when the clouds arrive.

A long duration solar flare reaching M1.9 took place at 14:30 UTC Thursday morning. The flare was centered around Sunspot 1504. A bright Coronal Mass Ejection was clearly visible in the STEREO Ahead COR2 images. A 10cm Radio Burst (TenFlare) was recorded measuring 1400 sfu and lasted for 103 minutes. 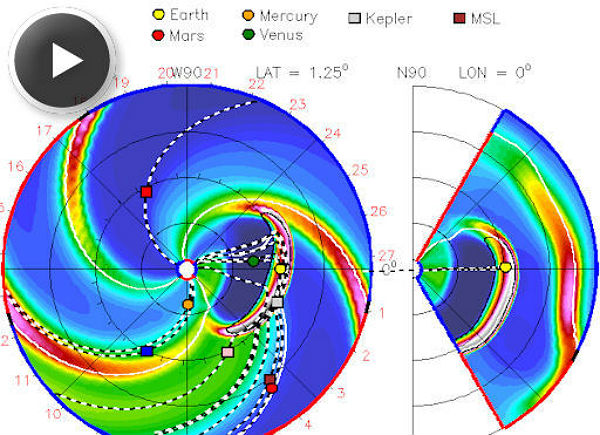 Solar activity continued at moderate levels with another long duration M-Class event around Sunspot 1504. All other Sunspot regions are currently stable. Region 1504 may produce another M-Class flare within the next 24 hours. NOAA/SWPC estimates 65% possibility of another M-class flare and 5% of X-class solar flare.

Ron Cottrell provided this image above that shows just how big is sunspot region 1504. 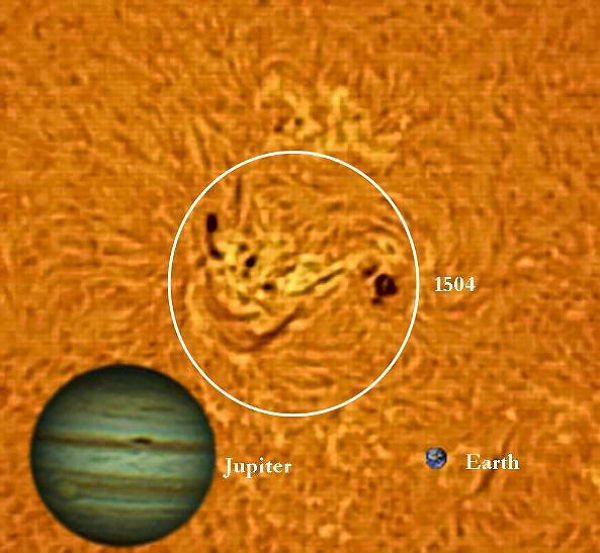 Solar activity was moderate. Region 1504 (S16E01) produced a long duration M1/1n flare with maximum at 14/1435Z. This event was associated with a 1400 sfu Tenflare and a Type IV radio sweep. This region showed growth and maintained its beta-gamma-delta magnetic configuration. An associated CME was observed in STEREO imagery at 14/1424Z with an estimated plane-of-sky velocity between 900 and 1100 km/s. Solar activity is expected to be moderate. An isolated M-class event is likely from Region 1504.

Geomagnetic activity is expected to be quiet on 15-16 June. An increase to unsettled to active levels is expected early on day 3 (17 June) due to combined effects from both the 13 June and 14 June CMEs. 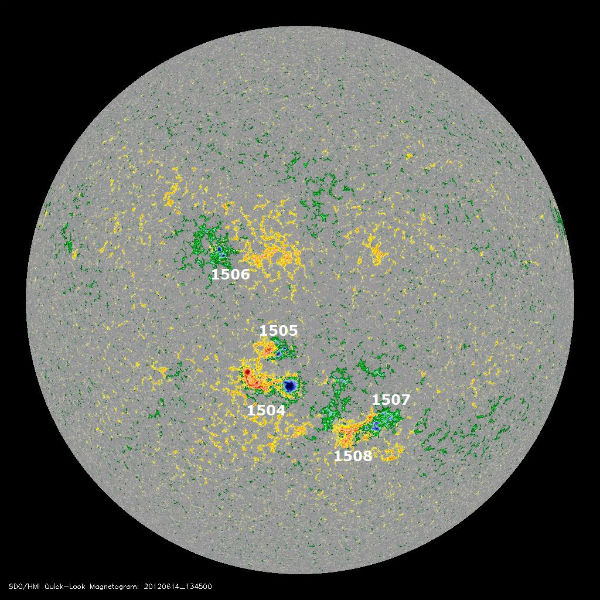