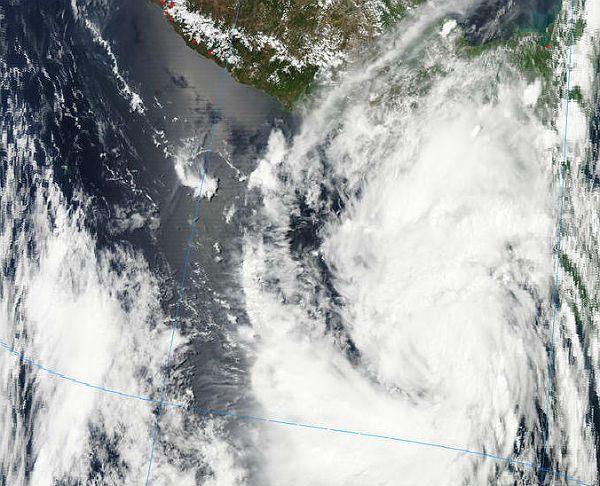 Tropical storm Carlotta is moving north-northwestward toward the coast of Mexico with rainbands moving into Guatemala and southeastern Mexico. According to latest public advisory by US National Hurricane Center issued at 21:00 UTC the system is located about 500 km (310 miles) south-southeast of Puerto Angel and about 835 km (520 miles) southeast of Acapulco, Mexico and it is moving north-northwestward at speed of 10 knots (17km/h).  Maximum sustained winds are 85 km/h (50 mph) with higher gusts. Minimum central pressure is 998 MB. 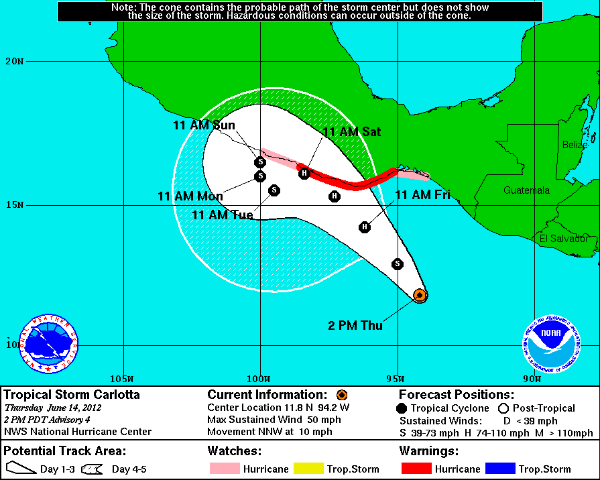 A dangerous storm surge will raise water levels above normal tide levels along the immediate coast near and to the north and east of the center. The surge will be accompanied by large and destructive waves. 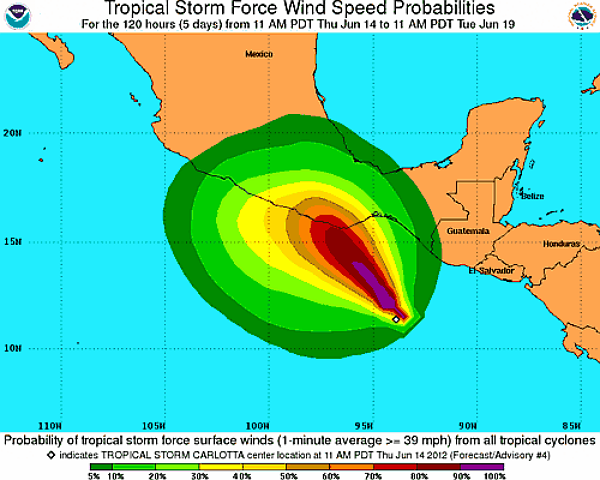 Carlotta is expected to produce total rainfall accumulations of 75-125 mm (3 to 5 inches) with isolated amounts of 250-300 mm (10-12 inches) over the mexican states of Guerrero, Oaxaca and Chiapas, as well over the southern portion of Guatemala. These rains could cause life-threatening flash floods and mudslides.

The TRMM satellite had an almost perfect view of the developing storm earlier on June 13, 2012 at 20:24 UTC. The future storm was getting better organized with several areas of heavy rainfall located in forming convective rain bands. 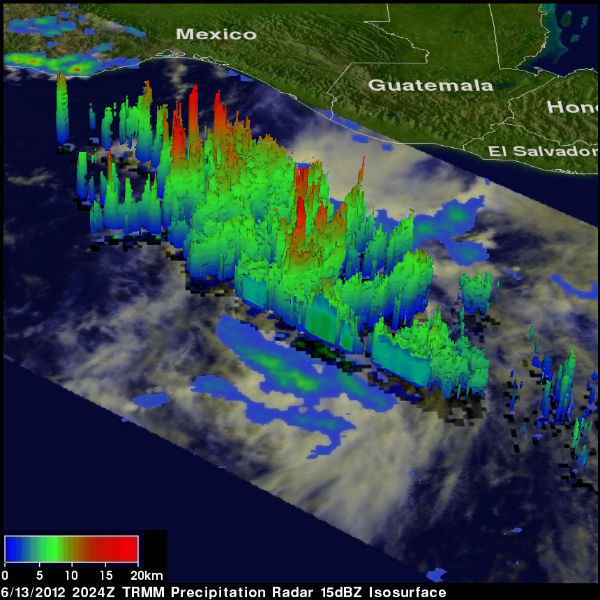 A 3-D perspective image from TRMM PR shows that there were several powerful thunderstorms taller than 15km (~9.3 miles). The tallest convective thunderstorm towers, reaching above 16km (~9.9 miles), are shown in the northwestern side of the developing tropical cyclone. Intense rainfall returned a reflectivity value of greater than 54.5 dBZ to TRMM’s Precipitation Radar instrument. Click here to see a 3-D animation from TRMM PR.

Carlotta is predicted by the NHC to move in a north-northwesterly direction and probably become a hurricane on June 16, 2012. Heavy rainfall resulting in flooding and landslides is possible as Carlotta interacts with rugged terrain near the southwestern coast of Mexico. 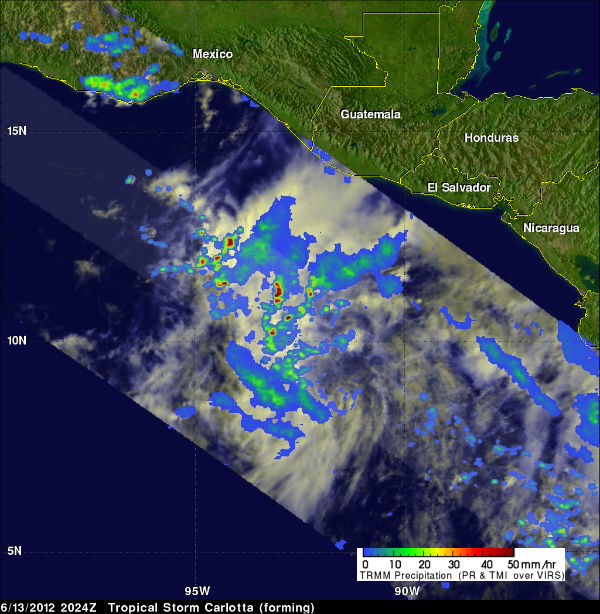 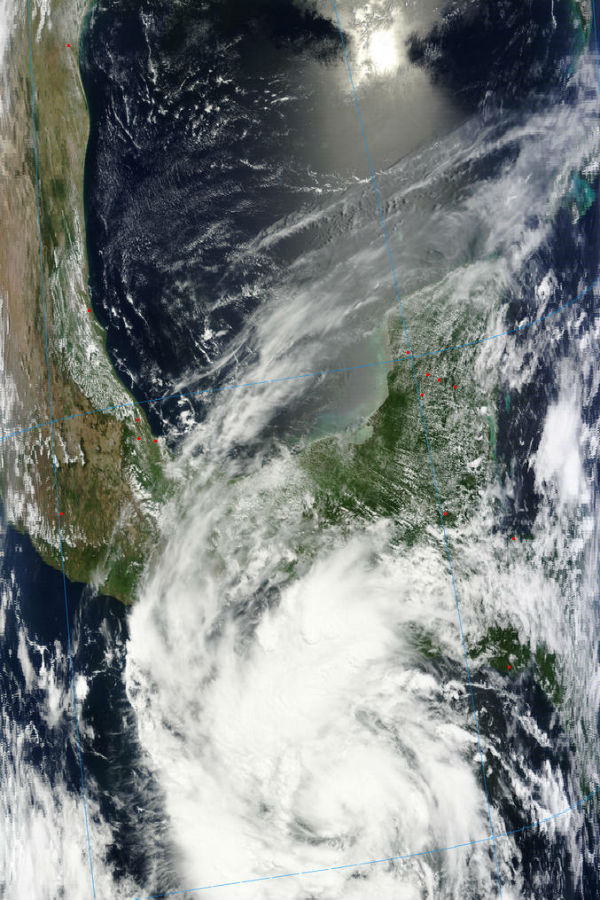 The remnants of Carlotta could end up in the Gulf of Mexico during the middle of next week. First the system will retrograde then move northward through the Gulf of Tehuantepac of Mexico into the Bay of Campeche around Wednesday. Tropical development of the remnant low is possible with fairly ideal conditions across the southern Gulf of Mexico. Weak wind shear and warm waters are two favorable conditions that are expected.

If a tropical storm forms in the Atlantic in this scenario, it would be named Chris, the next name on the 2012 Atlantic Hurricane season list. According to the NHC, a new naming rule for the tropics is: if a system dissipates before the remnants move into a different basin and develop, then the system gets a new name. However, Carlotta may move west-northwest and disipate over Mexico north of Acapulco. And then, the remnants would not make it into the Atlantic.

The rest of the Atlantic basin is very quiet due to an abundance of dry air, as well as the presence of dust and high wind shear. Meanwhile, a low east of the Carolinas will continue to head eastward toward Bermuda. Strong wind shear should inhibit development, but the low may deliver torrential downpours to Bermuda into early next week.