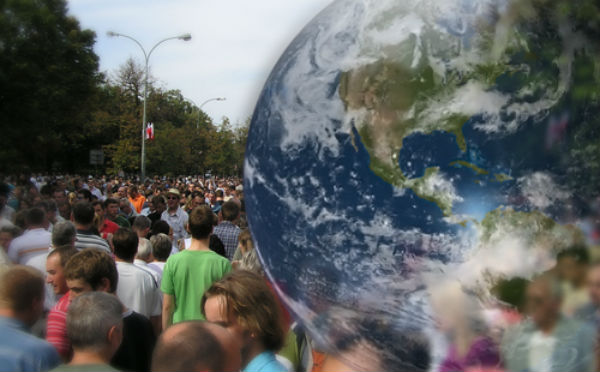 It’s long been suspected that human activity has greatly contributed to environmental stress, but it’s only recently that science has begun to show just how great a role that activity is playing. In an article published in the journal Nature Climate Change, Michigan State University’s Thomas Dietz and his colleague, Eugene Rosa of Washington State University, take a critical look at the various factors that have long been prime climate-change suspects. One in particular: The role of population growth. Until recently, climate-change debate had focused on whether it was brought about by human activity. Recently that debate has shifted to what sorts of activities are creating it.

Centuries of speculation about the causes of human stress on the environment is now being disciplined with empirical evidence, including analyses of differences in greenhouse-gas emissions across contemporary nation states. Growing human population and affluence clearly contribute to enhanced environmental stress. Evidence does not support the argument for amelioration of greenhouse-gas emissions at the highest levels of affluence. However, the role of other factors, such as urbanization, trade, culture and institutions remains ambiguous. 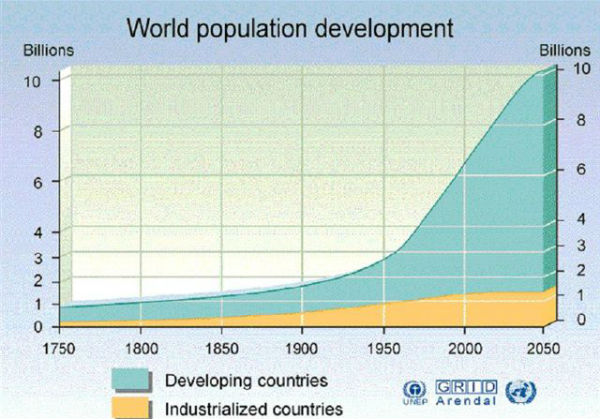 In looking at most nations of the world during the last few decades researchers find that for each 1 % increase in population, we get a bit more than a 1 % increase in emissions. And with the Earth’s population projected to reach 10 billion by the end of this century, it unquestionably will add to the stress we place on the planet. The effect of population size depends on consumption; the effects of consumption depend on how many people are consuming at that level.

Another factor that has sparked climate-change debate focuses on how affluent a nation is. On one hand it’s argued that more affluent nations use more resources, thus creating more emissions. On the other hand, citizens of more affluent nations tend to be more socially conscious and are willing to work and pay for a cleaner environment.

Authors of paper write that they are not optimistic about the future, calling the paper they did “sobering.”

The population and economic growth that can be anticipated in coming decades will tend to push emissions substantially upward. The only possible saving grace, they say, is improved technology and changes in the way humans use resources.

For a copy of the paper, go here.

Report of the World Commission on Environment and Development: Our Common Future

Human Population and Environmental Stresses in the Twenty-first Century by Richard E. Benedick