The Philippine Red Cross (PRC) is on full alert, ready to roll out its disaster action plan, as the country braces itself for the fury of typhoon Butchoy (international code name Guchol) that has threatened the country and likely to hit Eastern Visayas and Northern Luzon.

According to Joint Typhoon Warning Center (JTWC), Typhoon Guchol is located 565 nm east of Manila, Philippines and it is moving north-northwestward at speed of 9 knots (17 km/h). Maximum sustained winds are at 100 knots (185 km/h) with gusts up to 125 knots (232 km/h). Maximum significant wave height is 11 meters ( 36 feet). 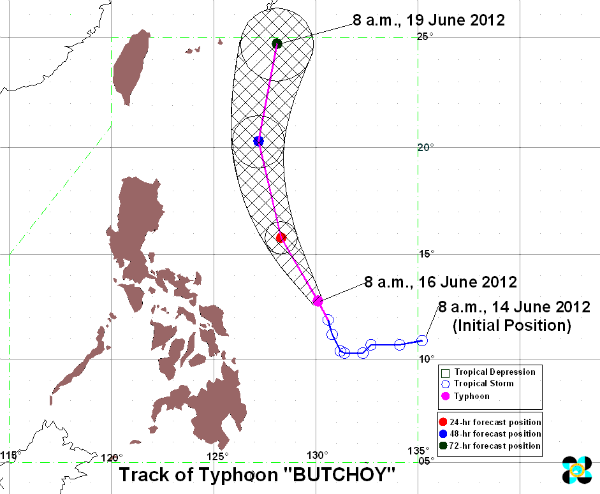 According to PAGASA, Tropical Storm "BUTCHOY" was estimated based on satellite and surface data at 480 km east-northeast of Guiuan, Eastern Samar (12.2°N, 130.5°E) with maximum sustained winds of 110 km/h near the center and gustiness of up to 140 m/h. It is forecast to move north-northwest at 15 km/h. Southwest monsoon affecting Luzon.
Typhoon "Butchoy" is expected to enhance the Southwest Monsoon that will bring rains over Luzon and Visayas especially over the western section which may trigger flashfloods and landslides. Estimated rainfall amount is from 15 - 25 mm per hour (heavy) within the 500 km diameter of the typhoon. 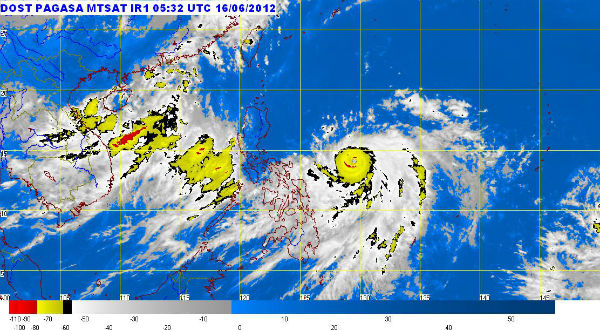 Fishing boats and other small seacrafts are advised not to venture out into the seaboards of Luzon, Visayas and Eastern Mindanao due to the big waves generated by the effects combined effects of Typhoon "BUTCHOY" and the Southwest Monsoon.

Typhoon Guchol is forecast to strike Japan on 19 June. Data supplied by the US Navy and Air Force Joint Typhoon Warning Center suggest that the point of landfall will be near34.0 N,137.1 E. Guchol is expected to bring 1-minute maximum sustained winds to the region of around 120 km/h (74 mph). Wind gusts in the area may be considerably higher. 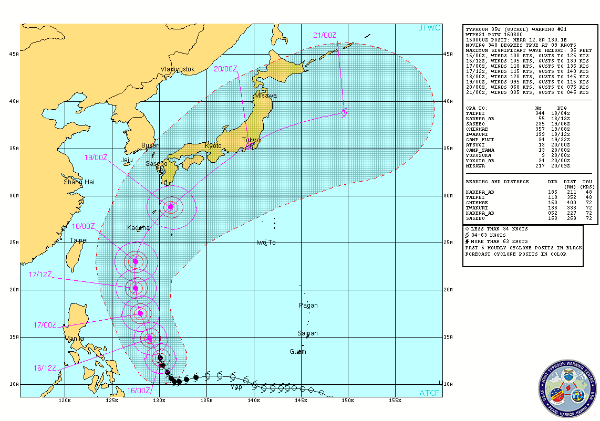 According to the Saffir-Simpson damage scale the potential property damage and flooding from a storm of Guchol's strength (category 1) at landfall includes: 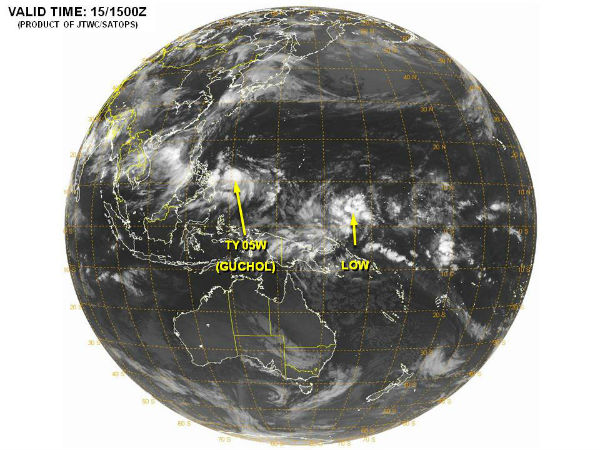