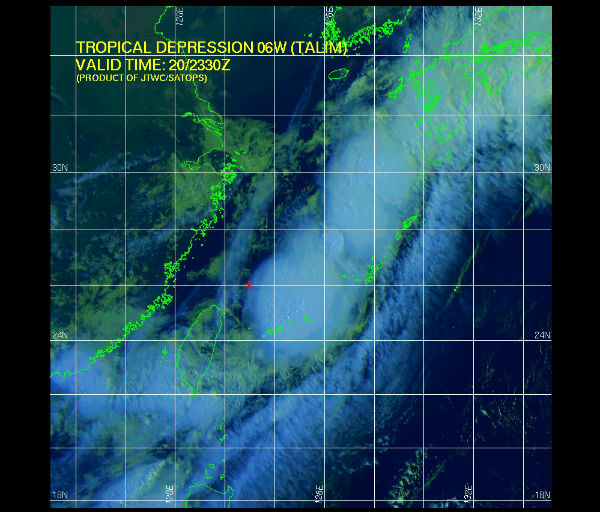 Much of Japan is currently cleaning up from the soaking rains and high winds of Tropical Storm Guchol that crossed through Japan Tuesday evening local time. Some cities accumulating over 76 mm (3 inches) in t24 hours time. Mountainous regions were the hardest hit, receiving over 152 mm(6 inches ).  Tokyo recorded 72.39 mm (2.85 inches) of rain from the storm along with sustained winds of 90 km/h (56 mph) with typhoon-force wind gusts to 122 km/h (76 mph).

“The North Pacific high-pressure system extended northward farther than usual for this time of the year, which caused the untimely landing,” a spokeswoman at the Japan Weather Association said Wednesday. Nine typhoons made landfall in the last five years, six of them in August or September, according to the agency’s statistics. 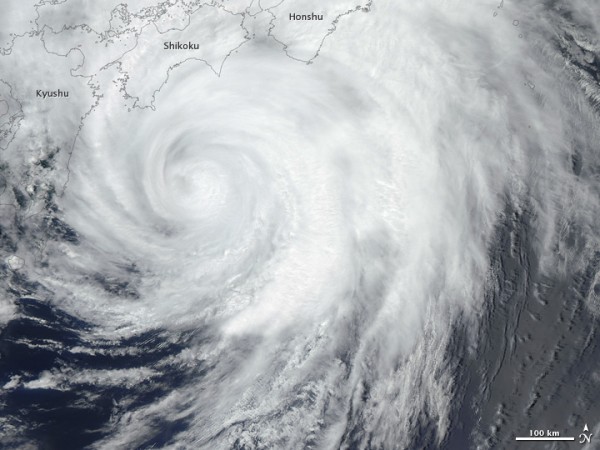 While the impacts of summer typhoons are relatively common in Japan, direct impacts of two tropical systems in the same week are much more rare. Tropical Storm Talim is on course to trek along the Pacific coast of Japan early Friday morning. Talim has already caused notable rainfall rates over southwestern sections of Taiwan. Portions of Pingtung County and Kaoshiung City accumulated over 7.87 inches (200 mm) of rain in just 18 hours, according to the Central Weather Bureau. The system will bring another round of heavy rain and high winds to the already inundated country. Talim is not forecast to strengthen to typhoon strength before reaching Japan as it will spin with an area of high vertical wind shear while interacting with the coasts of China and Taiwan. Regardless of intensity, Talim is almost certain to bring another period of heavy rain to Japan, worsening the threat for flooding and mudslides in a region eager for drier weather. 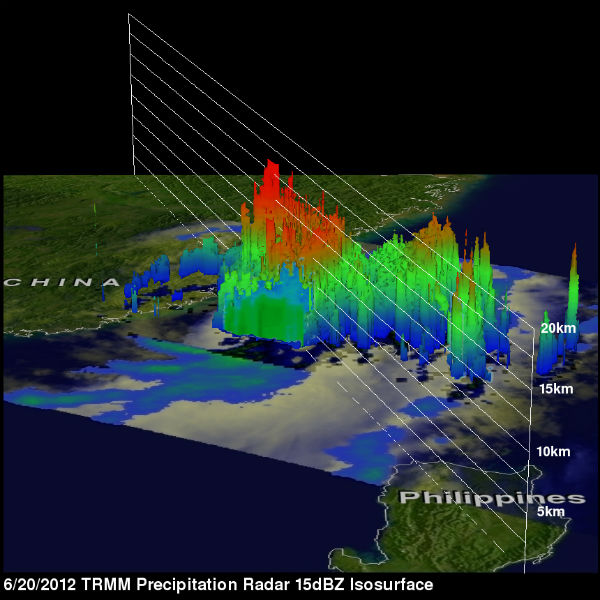 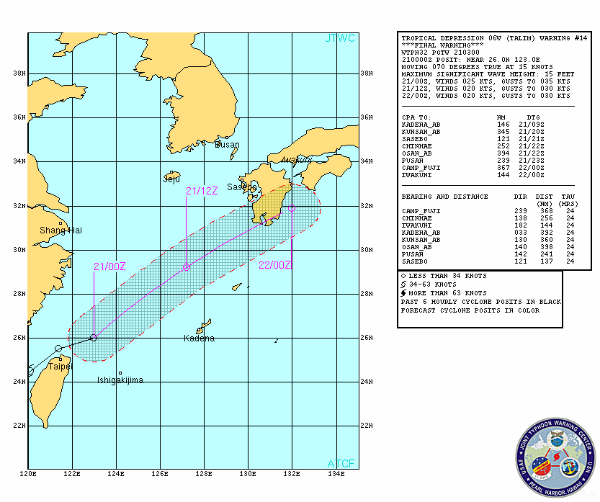 According to Joint Typhoon Warning Center (JTWC), Tropical Depression Talim is located 100 nm east of Taipei, Taiwan and it is moving east-northeastward at speed of 15 knots. Maximum sustained winds are 25 knots with gust up to 35 knots. Talim has weakened significantly due to negative terrain interaction with Taiwan and increased vertical wind shear associated with the Mei-Yu front. 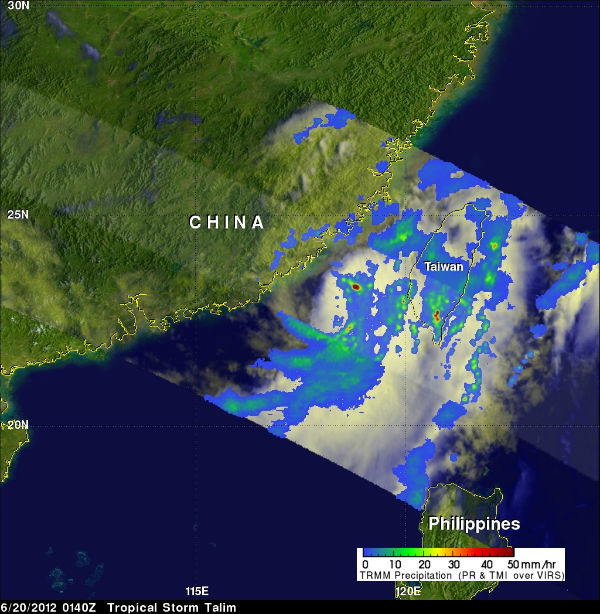 Flash flooding and landslides are probable in southern Taiwan due to heavy rainfall contributed by tropical storm Talim. That area of Taiwan has received almost 600 mm (~23.6 inches) of rainfall over the past week. Maps of potential landslide areas resulting from heavy rainfall are routinely produced and shown on the TRMM website.