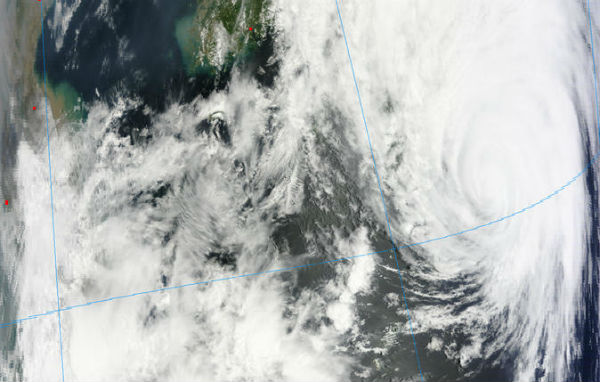 It is the first time since 2004 that a typhoon has made landfall in June in Japan. As Tropical Storm Guchol weakens over Japan, another tropical storm will make a major impact over the islands later in the week. 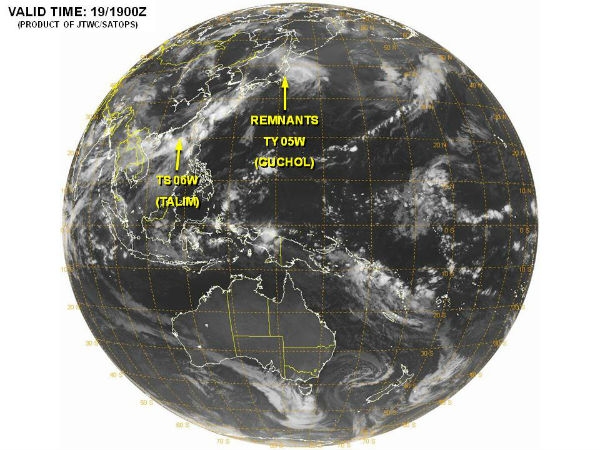 Guchol continues to bring gusty winds and heavy rains to the island of Honshu. So far, the storm has brought typhoon-force wind gusts and several inches of rain to the Tokyo area.

A powerful typhoon made landfall Tuesday for the first time this year in southern Wakayama Prefecture, western Japan, the Japan Meteorological Agency said, with evacuation orders issued for more than 150,000 people in central, eastern and northeastern Japan.

A total of 49,594 households comprising 123,085 people in Toyohashi, Aichi, were requested to evacuate as the water levels of the city's Umeda, Sana and Yagyu rivers rose.

Evacuation orders were also issued in Odawara in Kanagawa Prefecture, southwest of Tokyo, for around 4,700 households comprising 11,800 people.

Thirteen people sustained injuries due to the typhoon in the Kinki region in western Japan, over 70 houses in Himeji in Hyogo Prefecture were flooded, while blackouts affected over 10,000 homes in Mie, Nara, Wakayama, Osaka, Hyogo, Okayama and Shimane prefectures.

Guchol has already dumped 75 mm (3 inches) of rain in 24 hours over the northern shore of the island of Kyushu. Many locations picked up between 76-125 mm( 3-5 inches ) total from the storm. Mt. Tanzawa, approximately 30 miles southwest of Tokyo, reported 114 mm (4.5 inches) in only 2 hours. Rainfall over the 24-hour period through Wednesday evening is expected to reach 400 mm in the Tokai region, 250 mm around Tokyo and in the Tohoku region, and 180 mm in the Kinki region. 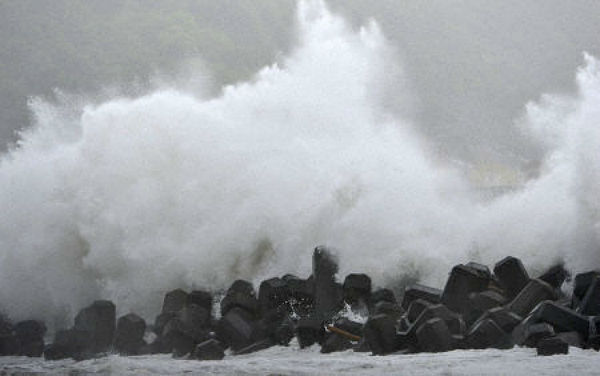 According to JTWC, Guchol is located 110 nm west of Yokosuka and it is moving northeastward at speed of 37 knots (69 km/h). Composite radar reflectivity loop from Japan shows the system has rapidly moved inland, making landfall in the Kii peninsula near Nagoya Chubu. Guchol is expected to drag across the Japanese Alps and the remnant low, should it survive the rugged terrain, will emerge in the cold Pacific ocean just south of Hokkaido as a cold-core extra-tropical low system. 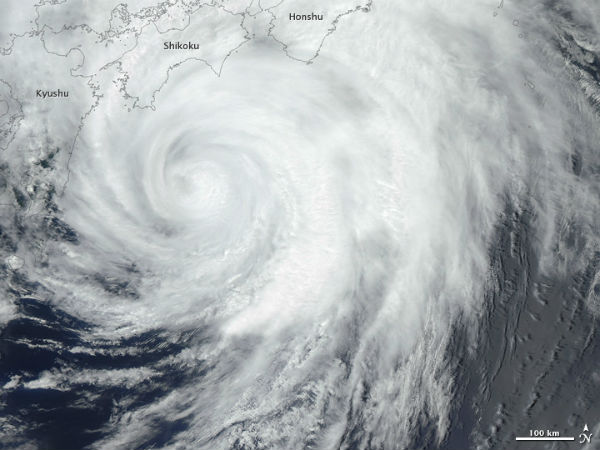 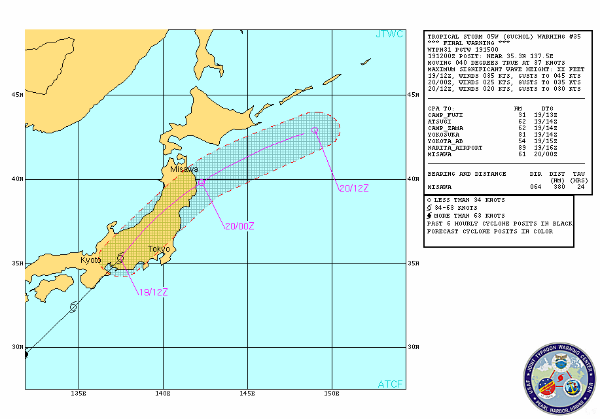 Typhoon Talim, the fifth typhoon of the season located in the South China Sea, is also expected to approach the Japanese archipelago, following Guchol. As Guchol weakens and dissipates, concern will quickly shift toward another tropical storm as Talim nears for the end of the week. Talim is expected to maintain tropical storm strength as its center crosses just northwest of Taipei Wednesday afternoon. The storm will then be near Japan, approaching Nagasaki on Kyushu Island on Thursday. Talim could bring another round of flooding rainfall to areas that will be trying to recover from Guchol. 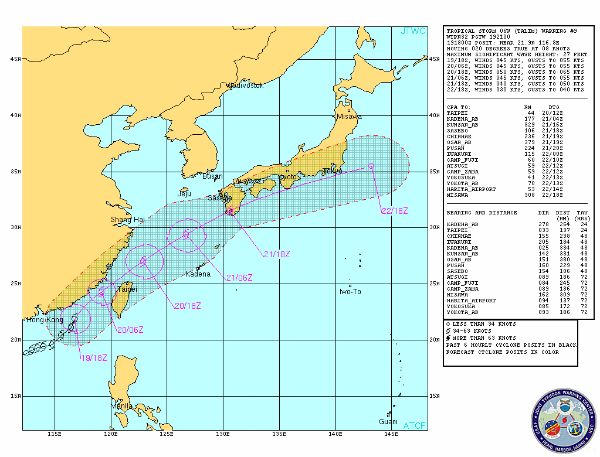