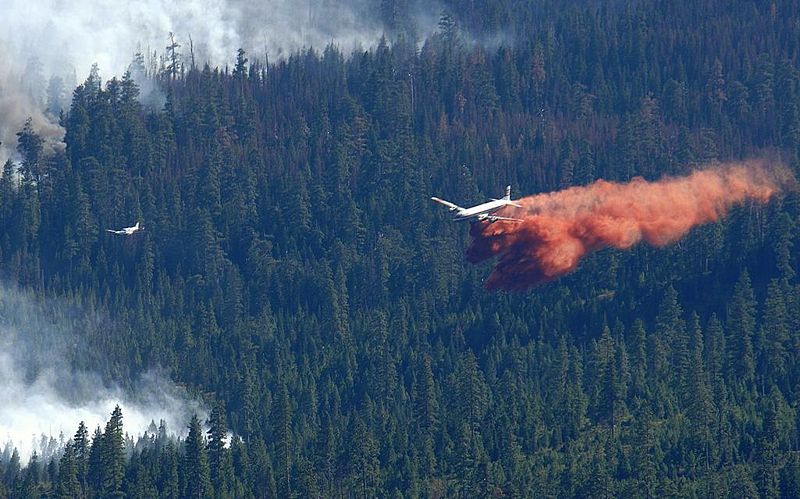 A possible fireball or meteor shower grounded planes fighting the Springer fire near Lake George in the Pike National Forest, Colorado. A Pueblo air-dispatch center began receiving reports of “balls of fire or something in the air” at 2:37 p.m. local time on Wednesday, June 20.

The planes were near Lake George when a pilot noticed debris falling from the sky, said Ron Roth, spokesman for the Rocky Mountain Area Coordination Center. The pilots were not sure whether it was “space junk” or a meteor, officials grounded flights to make sure no aircraft were hit, Roth said. Planes were allowed to resume flights about 90 minutes later.

The incident near the fire was first reported near Badger Mountain, a 11,294-foot peak in Park County along U.S. 24, about 65 km (40 miles) west of Colorado Springs.

The North American Aerospace Defense Command based at Peterson Air Force Base in El Paso County doesn’t think whatever fell was man-made, which they would be tasked with identifying.

“We have no indication anything manmade entered that area.” said NORAD spokesman John Cornelia, adding, “We have no information as to what this might have been.”

While a meteor in a wildfire zone is unusual, meteors visible from the high plain over Colorado are common.

Almost 400 firefighters on the ground are battling the Springer fire, currently at, 1,145 acres and 23 percent contained.