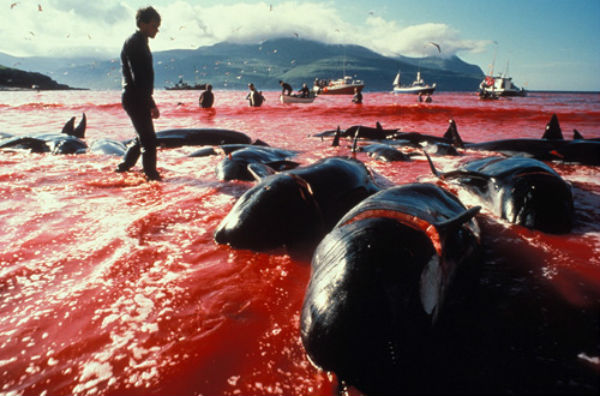 The Institute of Cetacean Research said around 75 percent of roughly 1,200 tons of minke, Bryde’s and sei meat from the deep-sea mission did not find buyers. That means that three-quarters of the tons of meat from Japan’s controversial whale hunt last year was not sold, despite repeated attempts to auction it. The institute held regular auctions between November and March to sell frozen meat from creatures caught in Northwestern Pacific waters last summer. It was intended to promote whale consumption and increase revenue. A spokesman for the institute blamed the “disappointing” auction results on food sellers wishing to avoid trouble with anti-whaling activists. 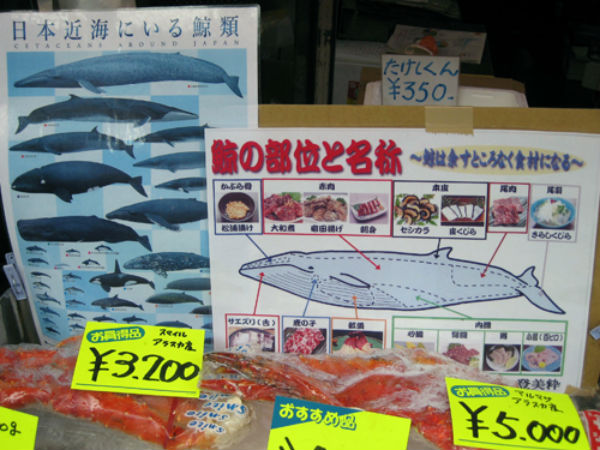 It is separate from the smaller coastal whaling programmes in northern Japan, whose meat still attracts buyers because it is fresh (as opposed to frozen) and sold in regions with deep whale-eating traditions.

Japan exploits a loophole in the international moratorium on whaling allowing for lethal research. Anti-whaling nations and environmentalist groups routinely condemn the missions as a cover for commercial whaling that they say threatens the population of the giant marine creatures. Japan however says the research is necessary to substantiate its view that there is a robust whale population in the world (!?). Japan also argues that whaling is part of its tradition and accuses Western nations of cultural insensitivity. The country’s powerful fishing industry, as well as right-wing activists, have urged no compromise. 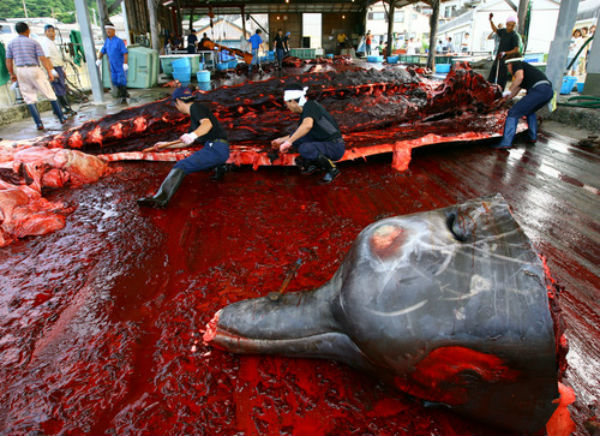 A report by freelance journalist Junko Sakuma, released by the Iruka and Kujira (Dolphin and Whale) Action Network, said the poor auction results confirmed that Japanese consumers no longer ate a lot of whale meat. However, the public supports whaling missions, mainly as a demonstration of their outrage against anti-whaling groups which have harassed Japanese whalers. Sakuma, who studied the institute’s auction outcomes, said the top-grade whale meat from the Northwestern Pacific missions still attracted buyers. But the low general demand for whale meat and Icelandic whale meat imports are creating oversupply, which in turn makes Japan’s whaling programme unsustainable.

One of the loudest anti-whaling activists are Sea Shepherd – a militant environmental group that has routinely attacked Japanese whalers on the high seas to hinder the hunt.