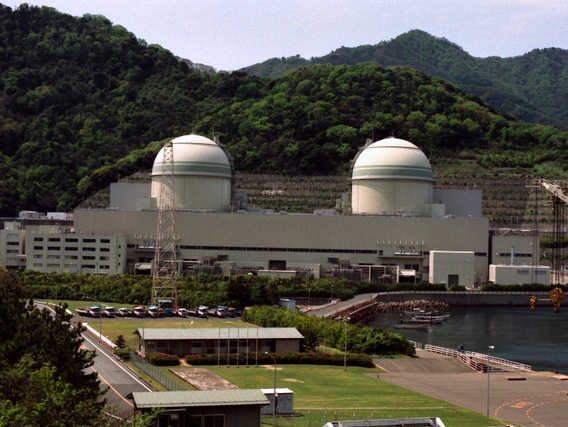 Prime Minister Yoshihiko Noda ordered the reactivation of two nuclear reactors at a plant in western Japan on Saturday, June 16th, making it the nation’s first plant to go back online since the start of nuclear crisis. All 50 of the country’s functional reactors were idled after the triple meltdown at the Fukushima Daiichi plant

Despite the prime minister’s vows to strengthen the Oi plant against the same sort of huge earthquake and tsunami the Japanese people have remained deeply divided on the safety of nuclear power.

Prime minister said he wants the Oi plant to be a first step toward resuming operations elsewhere. But he has been vague about when the next plant might be turned back on, apparently to gauge whether the public accepts the Oi restart.

Robert Jacobs, a professor of nuclear history and culture at the Hiroshima Peace Institute, told RT the push to reopen the plants is the perfect example of a government putting money before human health.

These reactors are not safe to restart. Japan remains the most active seismic nation on Earth and there are many earthquake faults under or nearby many of the reactors, and many others are in tsunami zones. Additionally, there have been repeated and blatant disregard for safety procedures at many Japanese nuclear plants. None of these issues have been addressed during the shutdowns, and in fact the worst of these (seismic activity and tsunami threats) cannot be addressed or improved. In order for nuclear power plants not to pose a threat they must be in a secure location and operated flawlessly. The first of these criteria cannot be achieved, and the second has not, Jacobs said in an interview for RT.

When asked was it necessary for Japan to restart these two reactors in the face of this summer’s predicted energy shortages, he said “No. Japan can meet these predicted shortages through a combination of conservation and other sources of energy. Many Japanese companies have taken steps to reduce power usage in ways that should have been practiced all along. These have significantly reduced demand and allowed the companies to continue to operate at current levels while reducing their power needs. Currently Japan is importing more coal and gas to make up for shortfalls in nuclear power production. So there is no short term crisis in terms of meeting the demands of power customers”.

Activists argue that a transfer to greener energy sources would boost local economies and create far more jobs in the long-term.