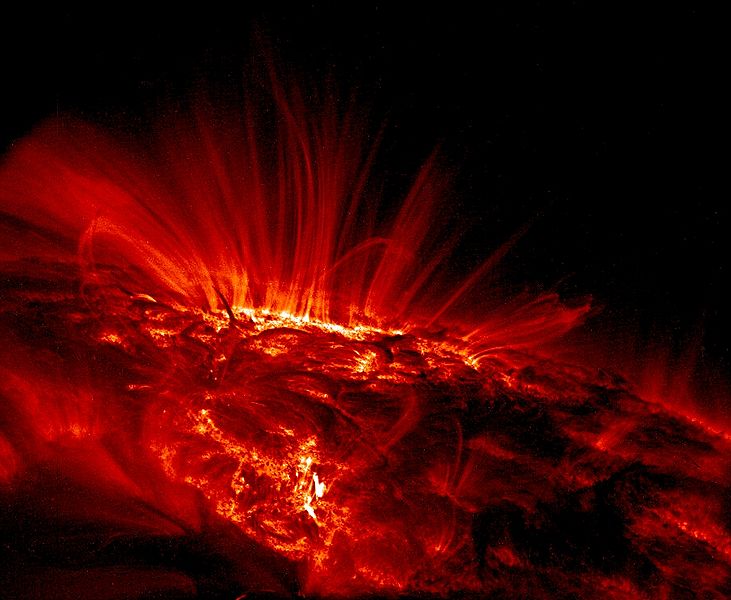 Solar physicist Dibyendu Nandi and PhD student Bidya Binay Karak have shown that the Sun’s memory of its sunspot cycles, long believed to be imprinted in its churning plasma, lasts no longer than five-and-a-half years.

Sunspots are regions of strong magnetic fields that can generate solar storms which spew vast amounts of plasma far into space. These electromagnetic jolts may at times disrupt satellite operations, telecommunications and air traffic over the poles.

The new research implies that long-term predictions of sunspot cycles — a periodic rise and fall in activity — are impossible.

“We’ve identified a mechanism that erases the Sun’s memory,” said Nandi, an assistant professor, and a Ramanujan Fellow at the Indian Institute of Science Education and Research (IISER), Calcutta.

“The memory lasts for less than half the period of a typical solar cycle of about 11 years,” said Nandi, who will present these findings at the annual conference of the American Astronomical Society (AAS) in Anchorage, Alaska.

This spawned efforts worldwide to predict the behaviour of future cycles up to a decade in advance — with little success. Forecasts of the current so-called cycle 24 have diverged wildly. Some scientists predicted one of the strongest cycles ever, others predicted a weak cycle, while dozens of research teams came up with intermediate strengths.

A solar cycle prediction panel set up by Nasa and the US National Oceanic and Atmospheric Administration also failed to arrive at an early consensus, and was divided between a very strong and moderate cycle, before it revised its forecast down to a weak cycle.

Astrophysicists use simulations of the solar dynamo — the interaction of solar magnetic fields and the Sun’s plasma — as a tool to study the origin of sunspot activity. But previous forecasts ignored a process scientists call turbulent pumping.

Nandi and Karak tweaked the solar dynamo simulations by adding the effect of turbulent pumping — the term physicists use to describe the complex and fast flow of hot plasma from the surface of the Sun into its deep interior.

“This flow carries a chaotic feature of the magnetic field from the surface of the Sun into its interior where its future cycles are generated,” said Nandi, who will receive an award — the Karen Harvey Prize — in Anchorage from the AAS solar physics division for his contributions to the study of the Sun. “The transfer of this chaotic feature into the interior erases the memory,” he said.