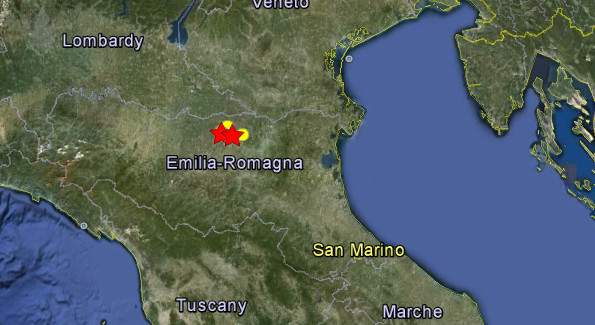 At 8:25 UTC magnitude 4.7 strong aftershock was recorded near the same area. At 8:40 UTC another 4.7 magnitude earthquake with depth of 10 km. Many aftershocks have occured by now with magnitudes between 2.9 and 4.0.

The head of the Civil Defense, Franco Gabrielli, announced that the present dead is now 15.

At least 20 people have been also injured.

Of these all have been in the province of Modena – 3 dead in San Felice sul Panaro: two workers and a technician who were doing some investigations on the static nature of the Meta Industry building, 1 death in Concordia (an elderly person killed by a falling cornice (a common way of death during earthquake, where fancy cornices and non-structural elements fall on people), 1 death in Finale, 1 death of the pastor of Rovereto nel Novi, Don Ivan Martini, the victim of falling debris, 2 women died in Cavezzo. 1 woman died buried beneath the rubble of Furniture Malavasi, 2 dead in the rubble of the factory Bbg San Giacomo Roncole in Mirandola, 1 male worker died by crushing through the collapse of the Haemotronic factory (they produce medical equipment).

There have also been a undisclosed number of injured. 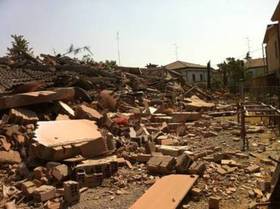 People in panic have been poured into the streets, leaving apartments and offices. Schools have been evacuated.

There were a lot of difficulties with Mobile Communications.

A lot of SAR (Search and Rescue) and Civil Protection is now in the area and will make rescue and damage assessments a lot easier than during the first mainshock.

People in the earthquake area are telling the press that the shaking can be called similar to the mainshock, which would not surprise as the Magnitude was approx. the same. 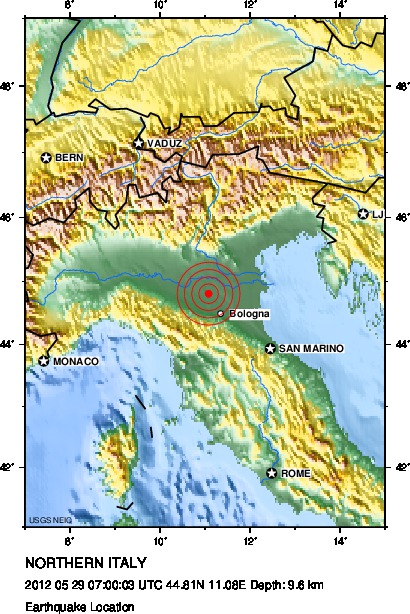 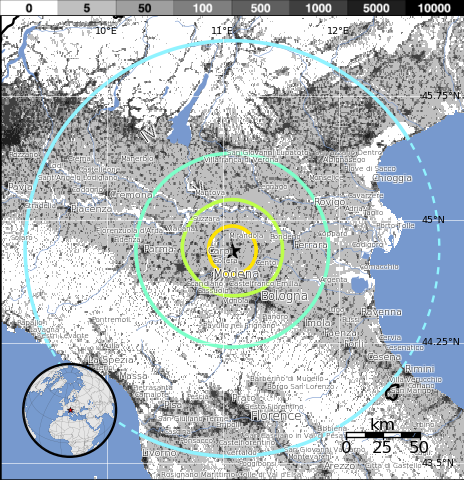 6000 people are homeless as a result of this earthquake.

Much damage has occurred to cathedrals, buildings and other infrastructure.

The price tag is expected to equal that of the previous quake on 20 May or even exceed it.