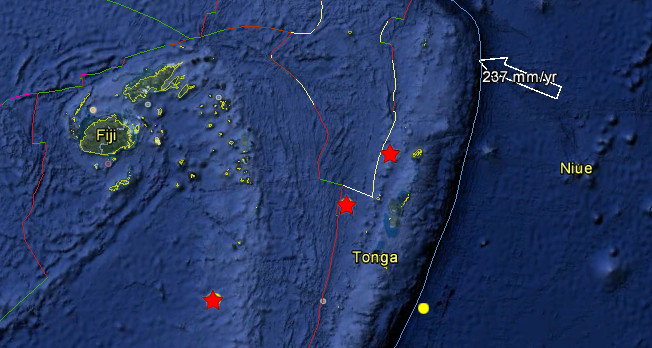 During last 12 hours two strong and deep earthquakes were recorded by seismograms in South Pacific region.

May 29, 2012 has just begun by UTC and judging by what we have seen by now there will be more strong ones to come.

The following is a list of all 2.5+ earthquakes recorded by USGS in last three days.

People in panic have been poured into the streets, leaving apartments and offices.

Detailed updates on this particular earthquake and aftershocks can be found at thewatchers.adorraeli.com/2012/05/29/very-strong-...

EMSC is mostly offline today and USGS is utterly slow on updates.

Two important earthquakes are mission on USGS charts. 5.5 magnitude and 5.1 magnitude earthquakes in Canary Islands, Spain. Both with depth of 10km. You can see them listed in Montenegro’s Seismological Observatory below.