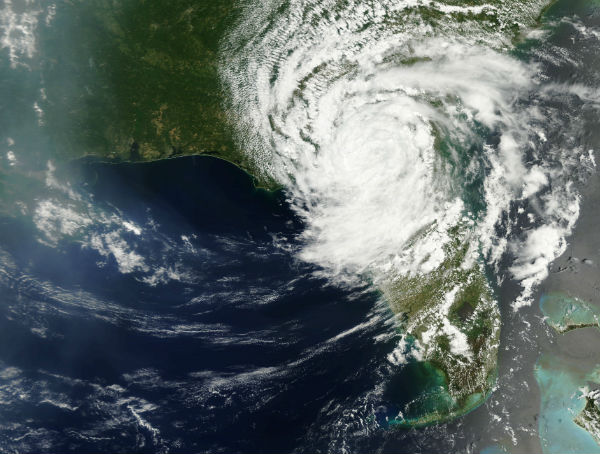 Since Beryl has moved over the interior southeastern U.S., as expected, it will continue to lose strength during the next couple of days. Beryl nearly became a hurricane before making landfall near Jacksonville, Fla., early on Monday morning. Localized torrential downpours and locally severe thunderstorms are forecast as the storm stalls and then begins to drift northeastward. 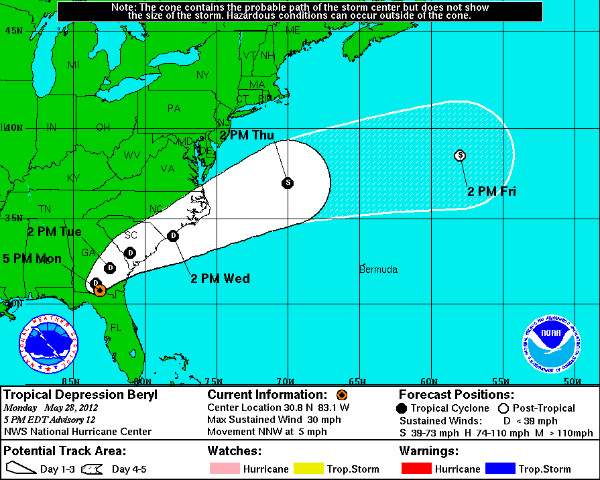 The path of Tropical Rainstorm Beryl is forecast to parallel the Carolina coast after making a curve to the north and northeast over northern interior Florida and southern Georgia. Beryl could regain some strength later this week, if it takes a path along or off the coast once again. Significant re-strengthening would not occur until the storm turns well out to sea, off Cape Hatteras.

There is also the possibility of a couple of tornadoes with Beryl’s circulation. These are most likely to occur on the storm’s eastern and southern side, according to Meteorologist Joseph P. Sobel, Ph.D. 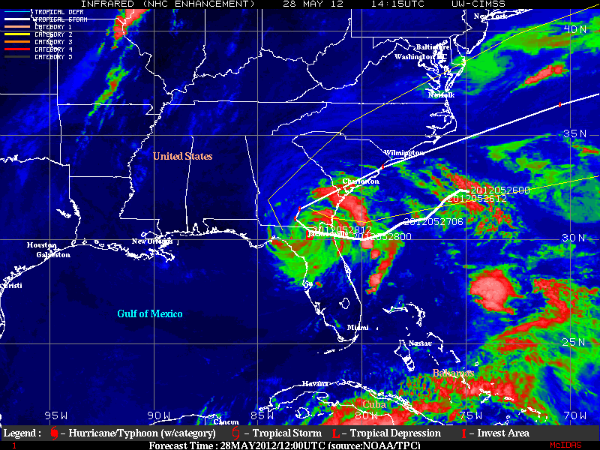 On May 23, an elongated low pressure area developed over the northwestern Caribbean Sea, with disorganized thunderstorms, and began moving northeastwards. Initially, there was no well-defined center, and wind shear was unfavorable for development. By the next day, the system extended into the Florida Straits, and the National Hurricane Center noted the potential for more favorable conditions within two days. The low became better-defined over the Florida Keys, and the cloud pattern organized.

After continuing to the northeast, the system developed a well-defined circulation with associated convection, located beneath an upper-level low. Based on the observations, the National Hurricane Center initiated advisories on Subtropical Storm Beryl at 03:00 UTC on May 26 when the system was located about 490 km (305 miles) east of Charleston, South Carolina. Little change in strength occurred until May 27, when Beryl transitioned into a fully tropical storm and reached its peak with winds of 110 km/h (70 mph), the same intensity it made landfall with near Jacksonville Beach, Florida. The system weakened to a tropical depression shortly afterwards. 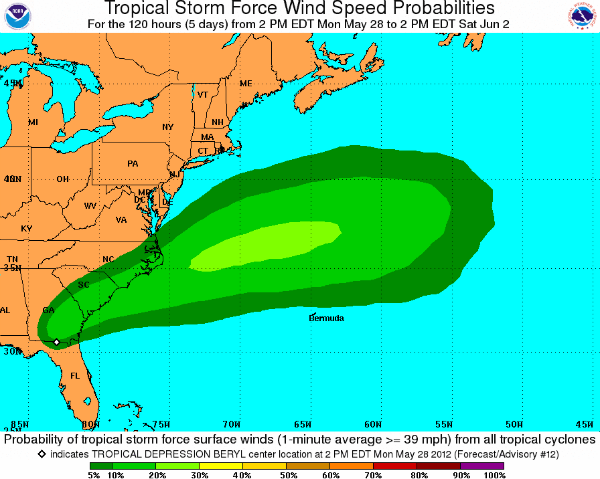 Another threat in Carribean

An area of moisture and weak low pressure remains over the western Caribbean. The same region in Caribbean where Beryl was born is experiencing another disturbance that could become another tropical threat later in the weak. The track, organization and strength of this feature will depend largely on the timing of a dip in the jet stream (trough) forecast to roll across the interior United States later this week. A trough is a zone of harsh upper-level winds that can destroy an organized tropical system or prevent its formation.

The system appears to be currently experiencing some modest wind shear in the western Caribbean, due to a weak trough near Mexico’s Yucatan Peninsula. 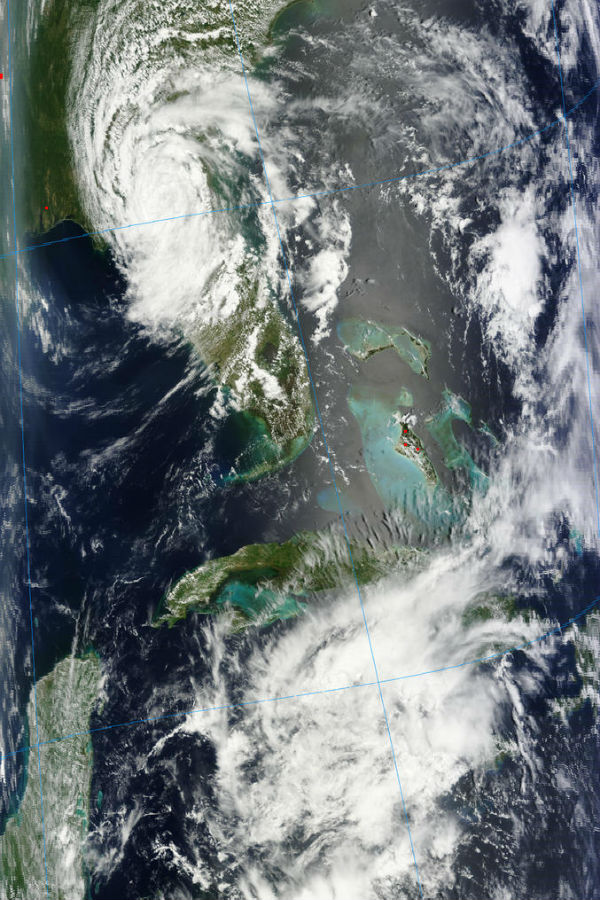 The next name on the list of tropical storms in the Atlantic Basin is Chris.