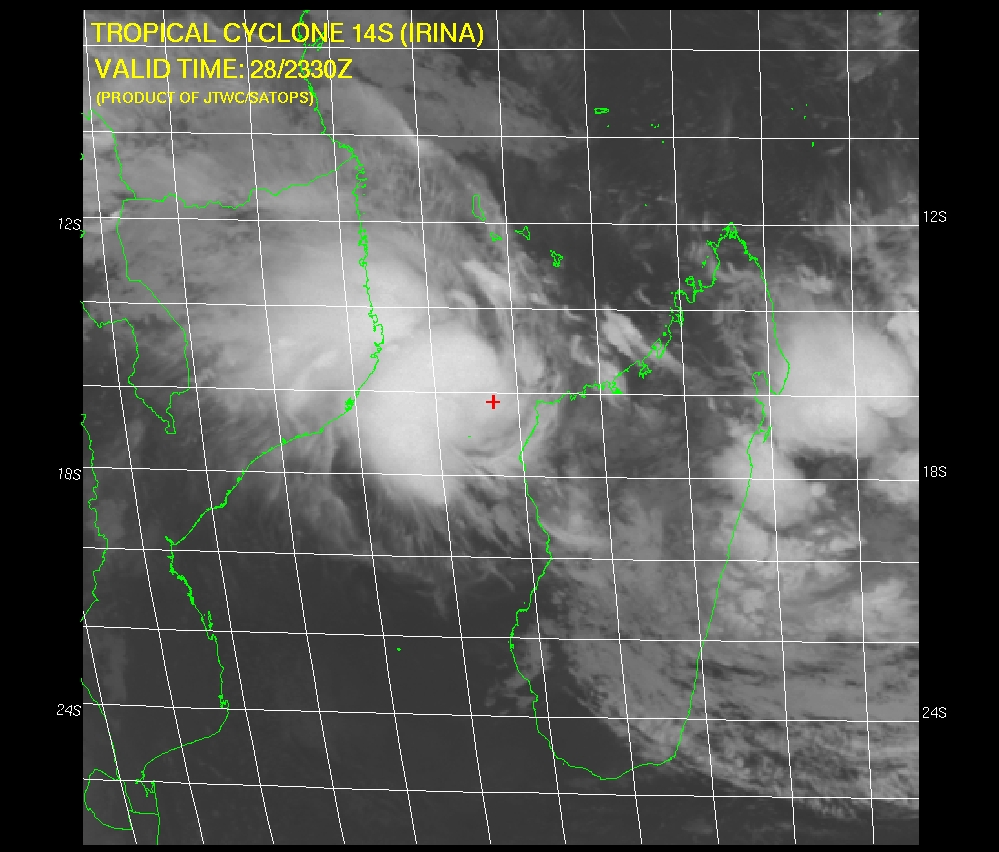 A new tropical cyclone (14S) named Irina has formed and is now active in the Mozambique Channel. It’s located approximately 270 NM (500 km) northwest of Antananarivo, Madagascar. It’s strengthening tropical storm with 35 knot current sustained winds and is expected to hit the coast of Mozambique (north of Maputo) on March 3/4 by todays forecast.

The current intensity analysis is based on a combination of agency Dvorak assessments and a pressure report from Juan de Nova island, which is near the storm center. The system has been drifting westward off the cape St. Andre region and slowly gathering strength.

Vertical wind shear over the low level circulation center (LLCC) is 20 to 25 knots, but animated water vapor imagery shows the development of a vigorous outflow channel on the equatorward side.

Poleward outflow is also improving, although there remains a region of pronounced subsidence over the southwest quadrant. That is also reflected in total precipitable water loops, which indicate a general lack of deep moisture over the central and southwest Mozambique Channel.

28-29 degree sea surface temperatures in The Channel are supportive of further intensification.

Previous scatterometry data indicated an elongated and ill-defined low level circulation center, but recent satellite imagery shows better organization and tighter banding. Irina is in a weak steering environment between a low- to mid-level anticyclone northeast of Madagascar, which is associated with the near equatorial ridge, and the northwest extension of the subtropical ridge along the 30th latitude. The northern anticyclone is developing into the dominant force and will drive Irina across The Channel and into Mozambique, north of Maputo.

Peak intensity will occur between tau 48 and 72 as the storm moves through the center of The Channel. 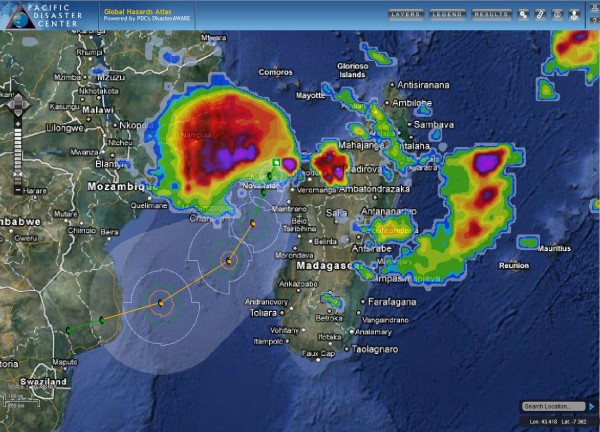 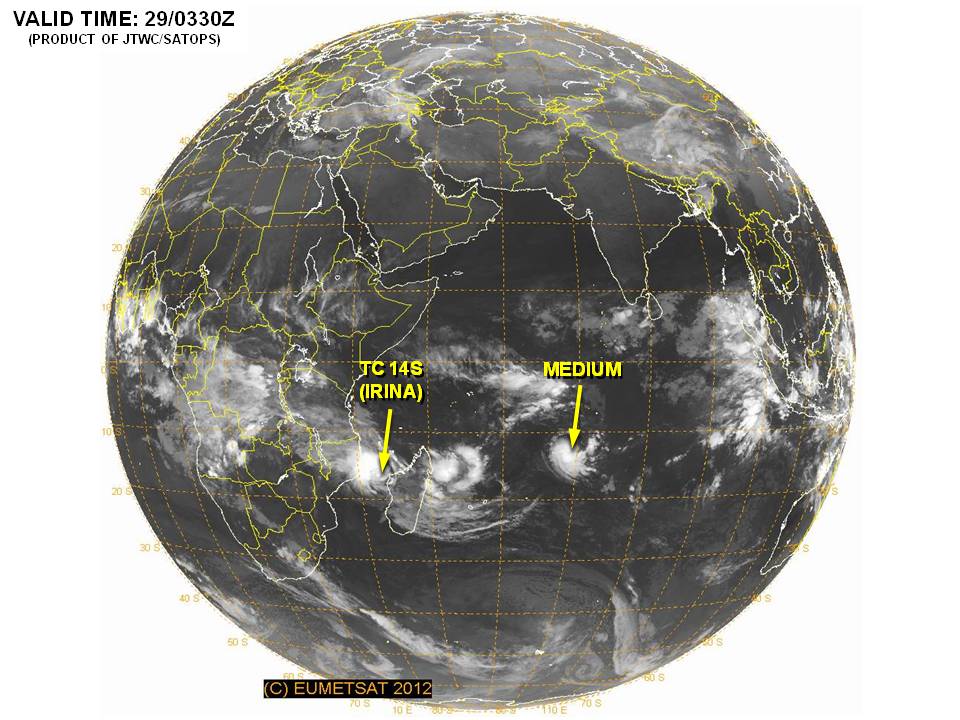