Tropical Cyclone Imelda has slowed down in Southern Indian Ocean

An area of low pressure moving toward Cyclone Imelda from the west has turned the storm to the south from its westward track. Since interacting with the approaching area of low pressure from the west and then turning south, Imelda has slowed down. According to latest report by Joint Typhoon Warning Center (JTWC), Tropical Cyclone Imelda is located approximately 510 nm north-northeast of La Reunion. The system is moving east-southeastward at sped of 4 knots over the past six hours.

The Moderate Resolution Imaging Spectroradiometer (MODIS) instrument aboard Aqua captured a visible image on April 11, 2013 that showed a well-developed Tropical Cyclone Imelda in the Southern Indian Ocean that has now turned to the south. 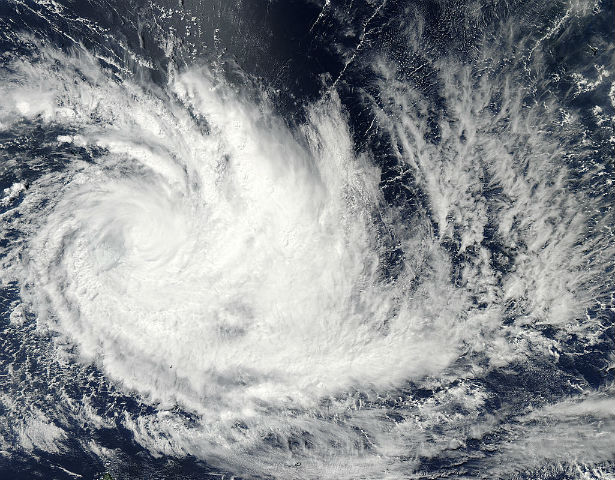 The MODIS image shows tightly-curved, powerful bands of thunderstorms stretching from the north to the east and south of the center of circulation, all wrapping into the center (Credit: MODIS Rapid Response Team) 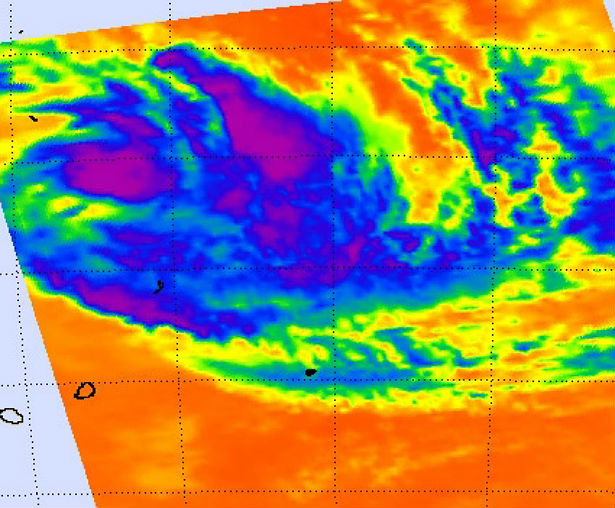 This infrared image taken from the AIRS instrument aboard NASA's Aqua satellite on April 10 at 0923 shows that the strongest convection and thunderstorms (purple) have been pushed east of center from wind shear. (Credit: NASA JPL, Ed Olsen)

The Joint Typhoon Warning Center forecasters expect Imelda to continue tracking generally southward over the next two days and then shift to the southeast as it starts moving around the edge of a ridge of high pressure. The sea surface temperatures in the vicinity are still quite warm, between 28 and 29 Celsius (82.4 and 84.2 Fahrenheit) which forecasters believe may help Imelda strengthen a little more over the next two days. After that time, wind shear is expected to increase and quickly weaken the storm. 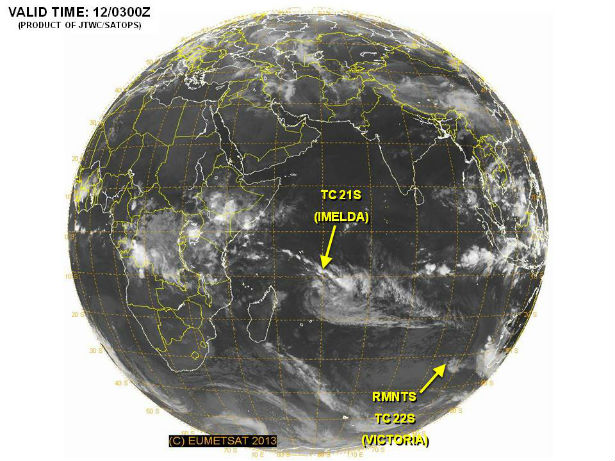