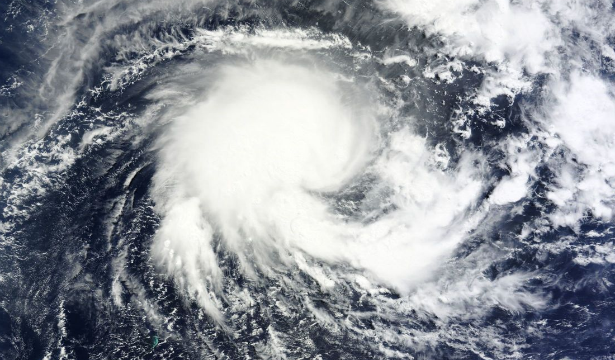 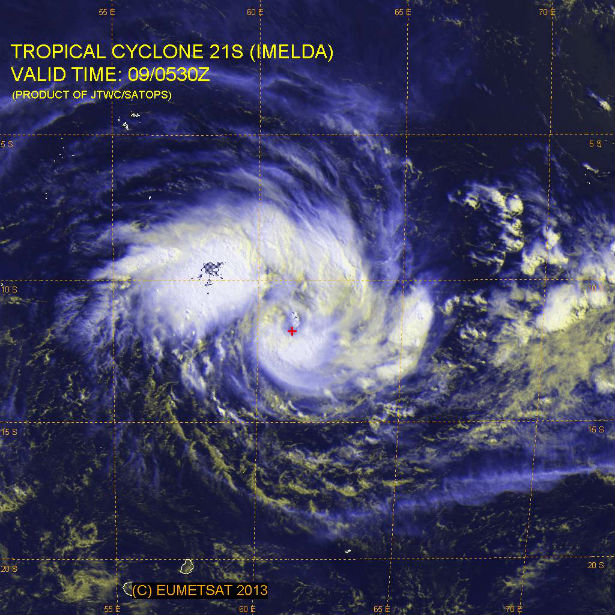 On April 5, 2013 Imelda was a low pressure area designated “93S”. By April 6, 2013, 93S consolidated and became a tropical depression that has strengthened into a tropical storm, and is expected to continue strengthening to hurricane-force system. NASA’s Tropical Rainfall Measuring Mission (TRMM) satellite revealed low-level bands of thunderstorms over the western semicircle, while northeast of the center on April 8, 2013. The bands of thunderstorms were fragmented and weak. Since then, those bands have organized and wrap tightly into the center of circulation. 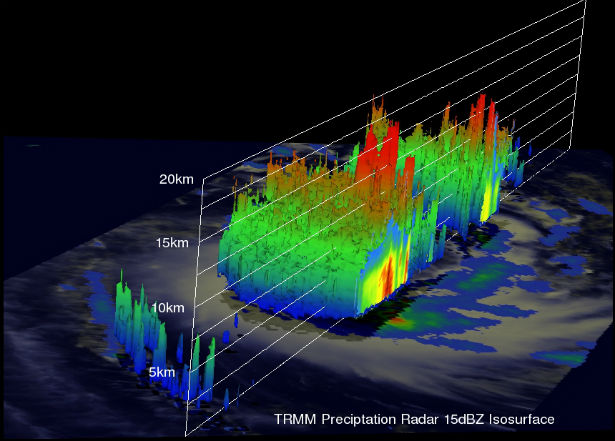 This 3-D image of tropical cyclone Imelda from TRMM PR shows that some thunderstorms west of Imelda’s center of circulation were towering to heights of above 15km (~9.3 miles). (Credit: NASA/TRMM)

On April 8, 2013 Imelda reached maximum sustained winds near 40 knots (46.0 mph/74.0 kph) and was moving to the west at 12 knots (13.8 mph/22.2 kph). JTWC forecasters expect Imelda to continue tracking west-southwestward for the next two days and strengthen. Wind speeds were forecast to reach 95 knots (175 kilometers per hour) with gusts up to 115 knots (215 kilometers per hour).

Imelda is expected to continue heading west before turning sharply to the south around April 11, 2013. The system will not make landfall in Madagascar. 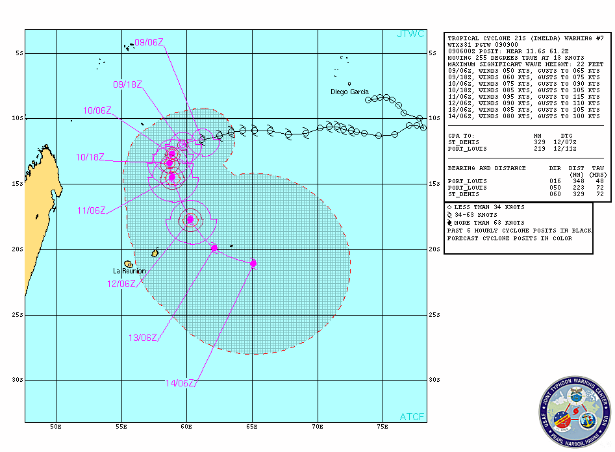