Tropical Cyclone Imelda moved into an area of higher wind shear and cooler waters in the Southern Indian Ocean and has lost hurricane status. According to latest upper level analysis of the atmosphere that was conducted by the Joint Typhoon Warning Center (JTWC), wind shear at higher levels has increased to as high as 30 knots (34.5 mph/55.5 km/h). That stronger wind shear weakened Imelda quickly.

NASA's Aqua satellite passed over Tropical Cyclone Imelda on April 16, 2013 at 09:43 UTC and captured a visible image of the storm that clearly showed most of the precipitation had been pushed southeast of the center from wind shear. Animated multispectral satellite imagery showed that the low-level circulation center was fully exposed and there was no deep convection or strong thunderstorms developing over the previous 12 hours. 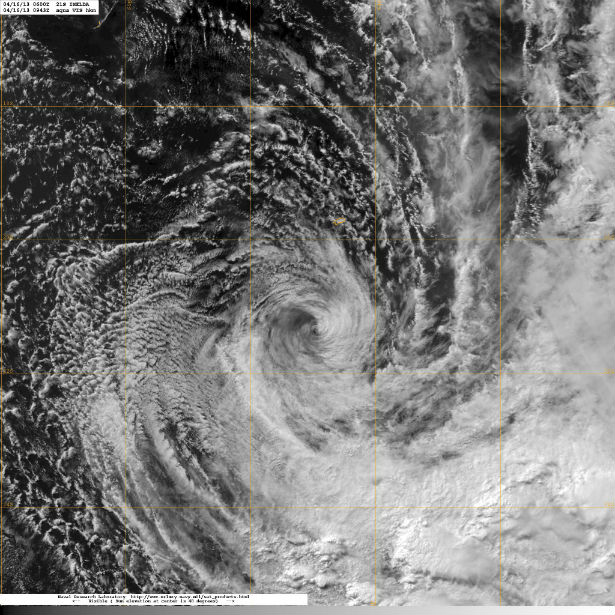 NASA's Aqua satellite captured this visible image on April 16, 2013 that clearly shows the center of circulation, and most of the precipitation southeast of the center. (Credit: NASA/NRL/MODIS)

Imelda is expected to continue weakening and should dissipate in the next day or two.