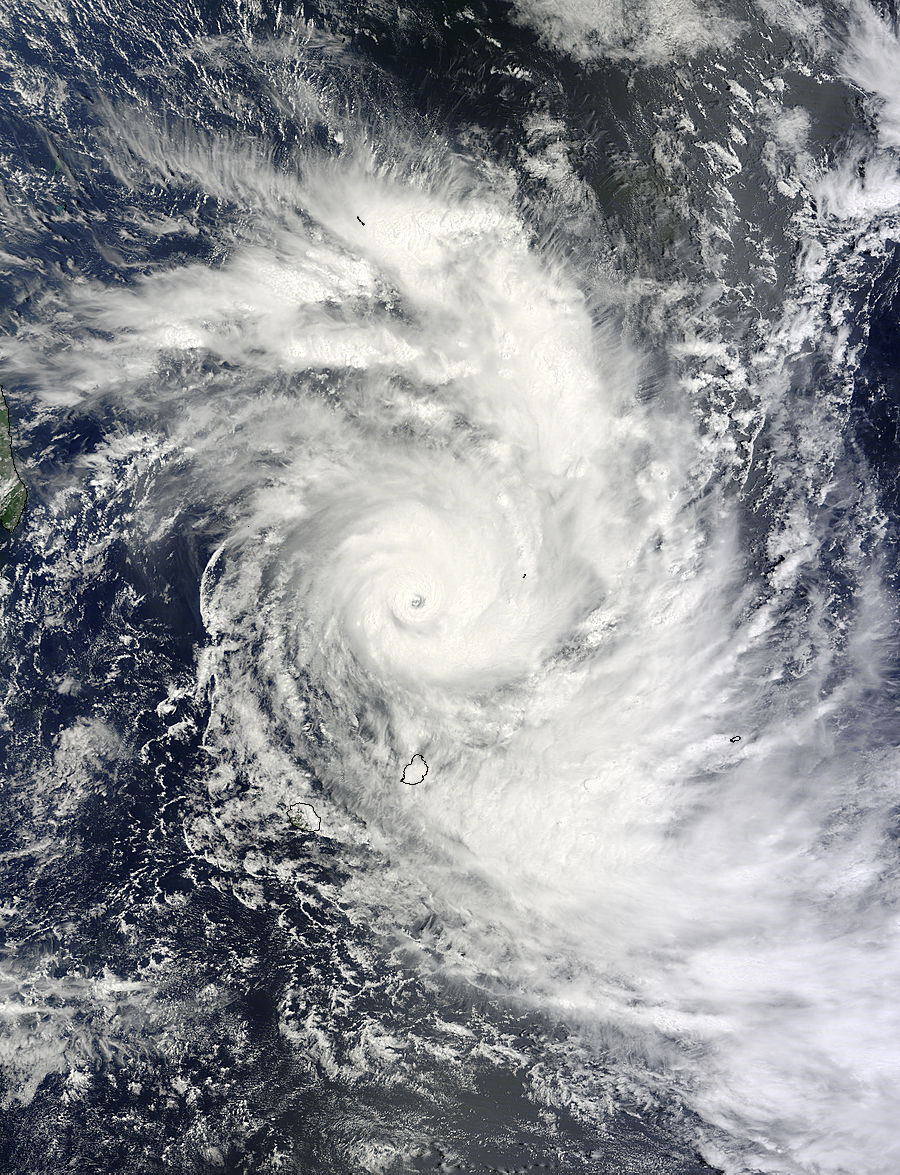 JTWC noted that slow or near quasi-stationary movement is expected over the next 36 hours due to a weak steering environment. Over that time, some intensification is likely, and the cyclone is forecast to peak as a Category 5 storm on the Saffir-Simpson Scale at 259.3 km/h (161.1 mph) before starting to weaken.

Their forecast calls for Bansi to continue moving away from Mauritius and head in an easterly direction over open waters of the Southern Indian Ocean.

In view of its position and intensity and its expected recurvature towards the SE tonight, the center of Bansi may come closer to Mauritius, Mauritius Meteorological Services said. Therefore, it remains a potential threat to Mauritius and the risk of experiencing cyclonic winds still exist.

The public is advised to take all necessary precautions.

The weather will remain cloudy to overcast over the whole island with intermittent showers and isolated thunderstorms. The showers will be moderate to heavy at times in places thereby causing water accumulation and flooding of river banks and other water courses. The public is advised to stay away from these places.

There will be fog patches in certain places that will reduce visibility.

Road users are advised to be extremely cautious.

Sea will be very rough with swells of the order of 5 to 7 meters (16 – 22 feet), breaking mainly along the North Western, Northern and Eastern coasts. Public is strongly advised not to venture at sea, the agency said. 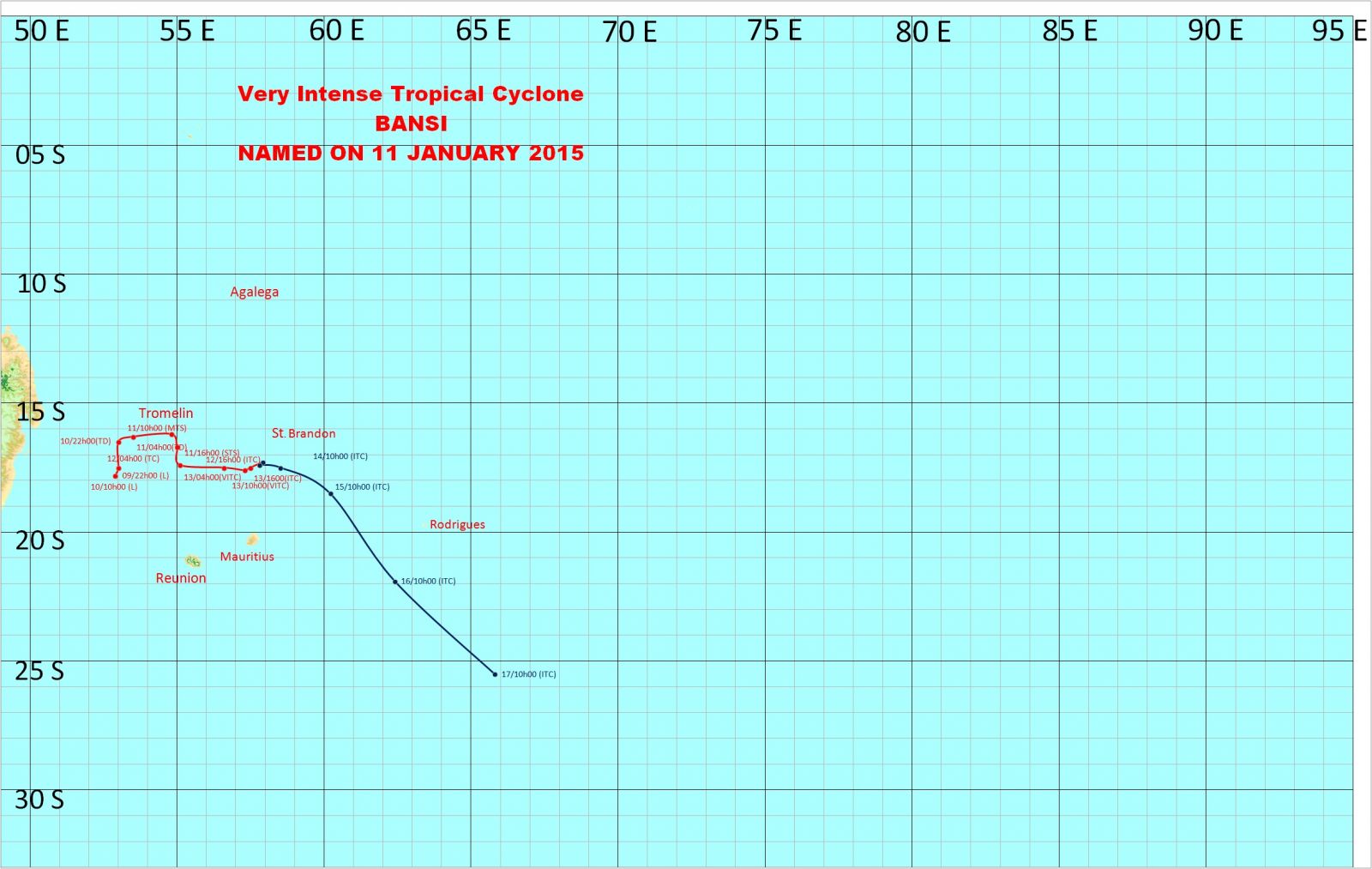