The thirteenth tropical cyclone of the Southern Indian Ocean season formed into a tropical storm named Edilson on February 5. The system formed north of Mauritius and is moving south. According to Goddard, it is threatening several land areas.

At 09:50 UTC on February 5, NASA's Aqua satellite passed over Edilson and the Moderate Resolution Imaging Spectroradiometer or MODIS instrument captured a visible image of the storm.

The MODIS image showed a large broken band of thunderstorms to the north, and a large band of storms from the east, wrapping into the low-level center of circulation.

Edilson's center was to the northeast of the islands of Mauritius and La Reunion, and Edilson's eastern quadrant had spread clouds over Rodrigues Island of the Republic of Mauritius. 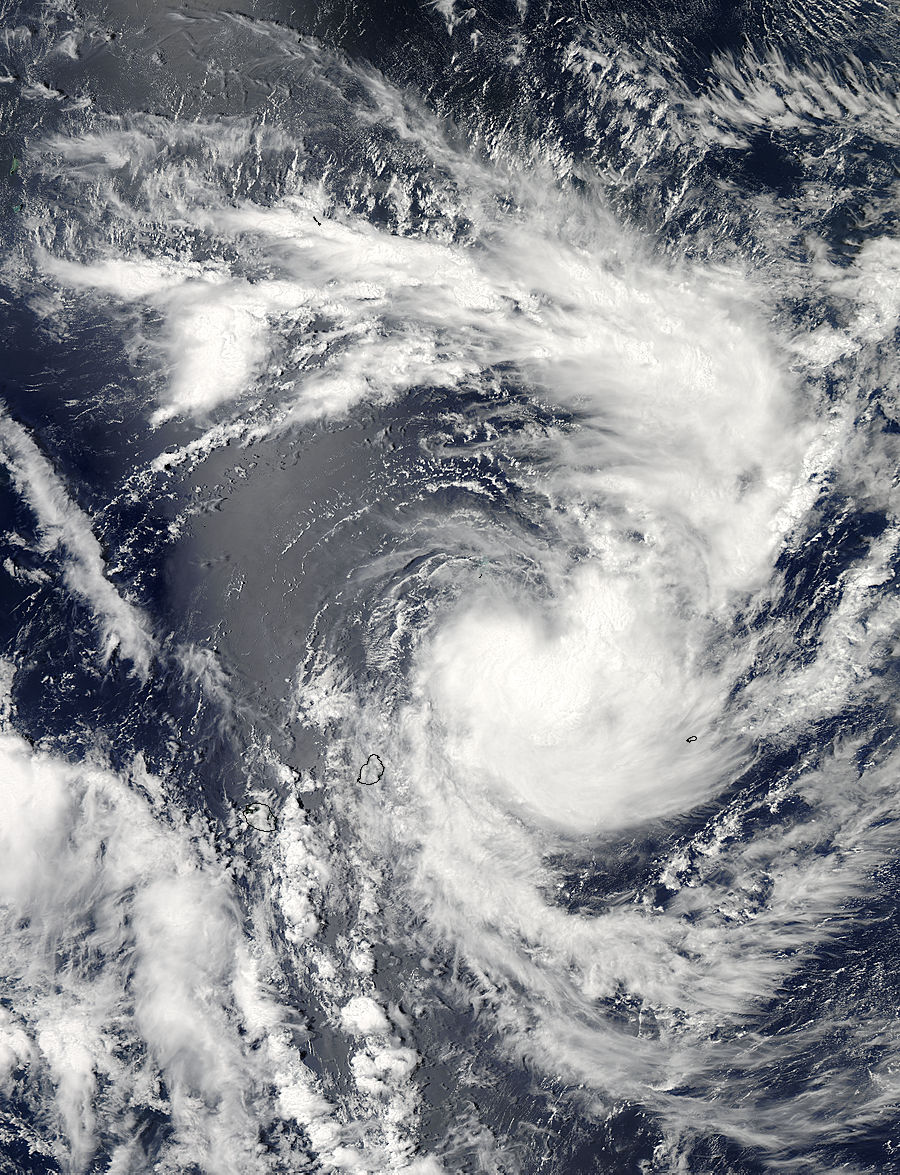 The Atmospheric Infrared Sounder or AIRS instrument also aboard NASA's Aqua satellite captured infrared data on Edilson at the same time that showed strong thunderstorms with heavy rain potential around and north of the center. Cloud top temperatures in those areas were in excess of -63F/-52C. 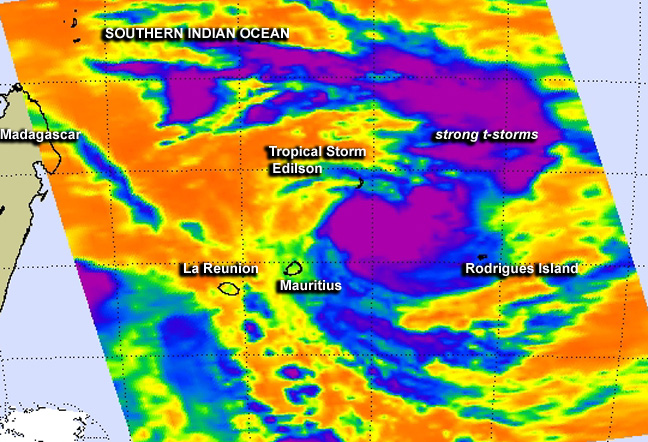 Edilson is moving along the western edge of a mid-layered subtropical ridge (elongated area) of high pressure situated to the east of the tropical storm.  As Edilson continues tracking along the high, it will begin to move more southward over the coming days.