The minimum central barometric pressure was 940 hPa and the system was moving WSW at 17 km/h (10 mph).

"During the last few hours, the eye configuration has clearly improved in both visible and infrared imagery despite a warming of the cloud tops," RSMC La Reunion said at 06:00 UTC today.1

The cyclone remains under the influence of two contradictory steering flows coming from the subtropical ridge in the southwest and from a near equatorial ridge of middle troposphere in the northeast.

Currently, under the influence of the subtropical ridge, Batsirai is moving in a general west-southwest direction. 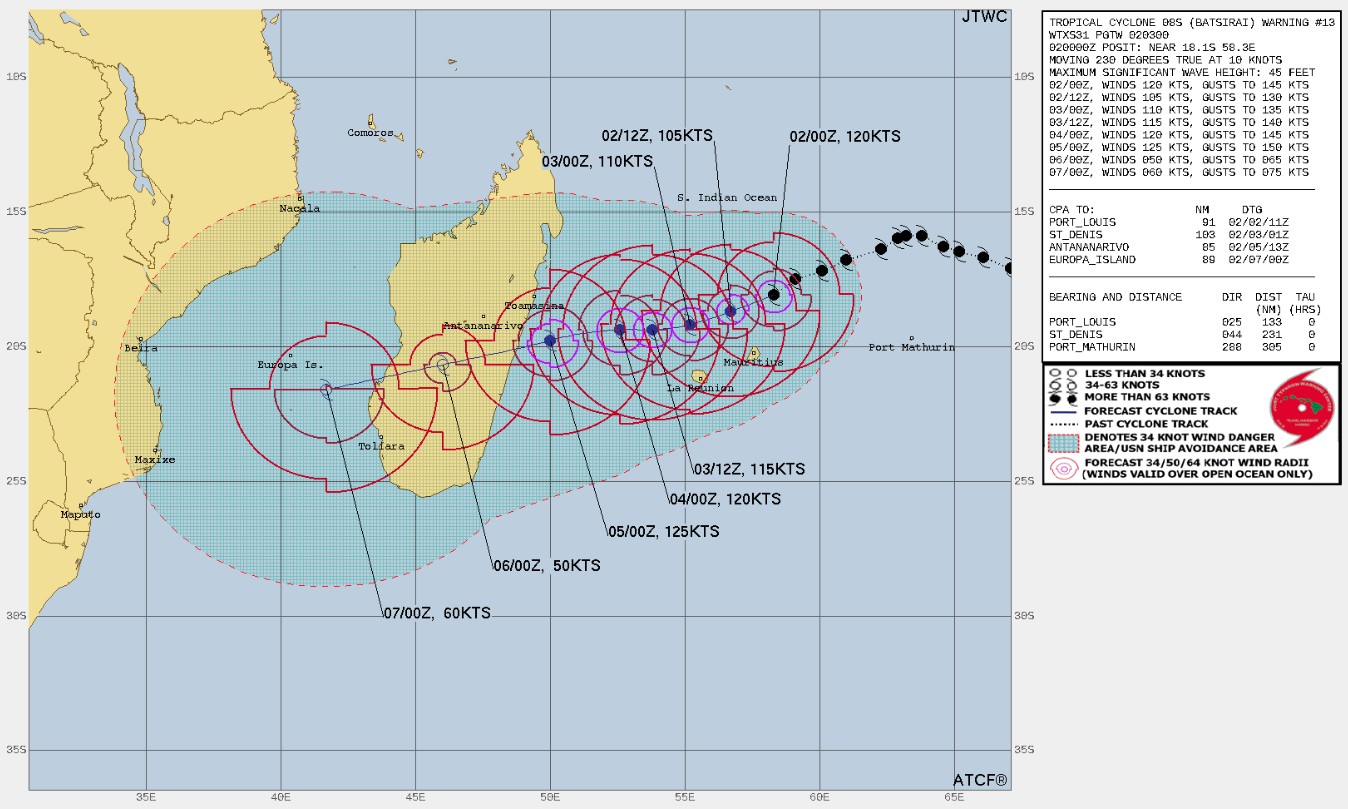 From tomorrow, February 3, the subtropical ridge strengthens by the south-west allowing a resumption of a trajectory in the general direction of the west towards the east coast of Madagascar.

It could then land in the area of Mahanoro early Saturday, February 5. On Sunday and Monday, Batsirai could emerge in the south of the Mozambique Channel. 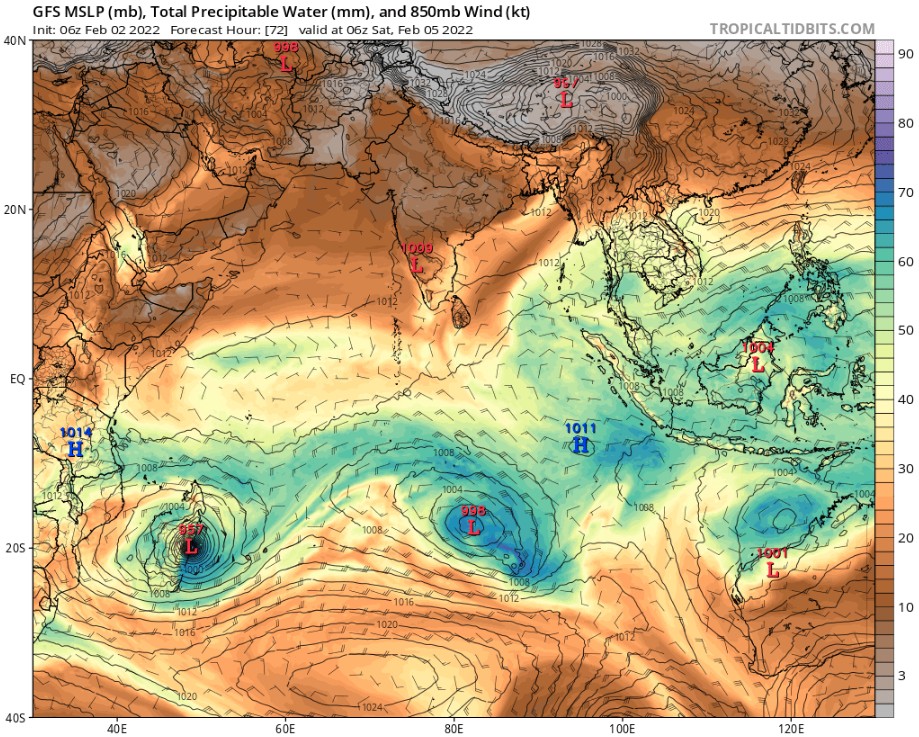 Currently, Batsirai is in a rather favorable environment until Friday with a very good divergence in the northern semicircle. The intensity until landing on Madagascar will be mainly driven by internal phenomena.

In particular, if a replacement cycle of the eyewall is announced, a weakening phase should start in the next 24 hours before a possible new intensification until landfall. This prediction is still quite uncertain, RSMC La Reunion said. 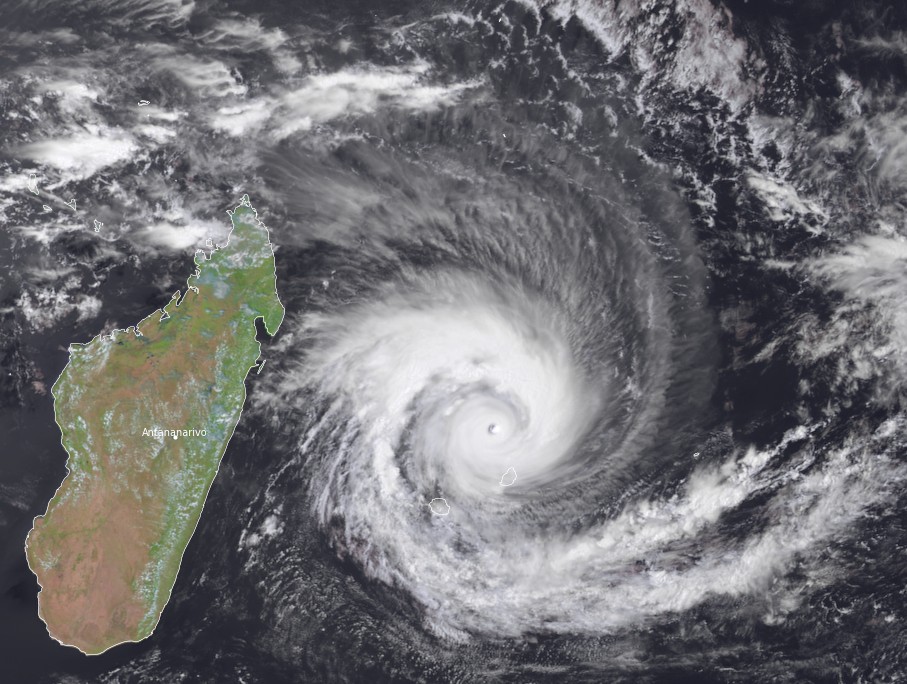 The degradation of the meteorological conditions continues in Mauritius and Reunion. Even if the core of the cyclone should pass more than 100 km (62 miles) from the islands, significant impacts are to be feared, the center said.

Heavy rains are expected especially on the reliefs of the two islands.

The two islands should be concerned by gale-force winds, with gusts exceeding 110 km/h (68 mph) on the coast.

The expected surge remains low, of the order of a few tens of centimeters.

These impacts could be reinforced by a possible replacement cycle of the eyewall.

With the beginning of the rain and wind impacts possible from Friday the uncertainty that remains on the forecast of the trajectory and intensity of such a dangerous system near inhabited lands requires the utmost caution. The population is invited to follow the evolution of the situation with attention.