At  09:00 UTC today, Tropical Cyclone Edna was located approximately 89 NM / 164 km west of Noumea, New Caledonia, and has tracked south-southwestward at 20 KT / 37 km/h over the past six hours.

This infrared image of Tropical Storm Edna was taken by NOAA's polar orbiting satellite, NOAA-19 on February 4 at 14:43 UTC. 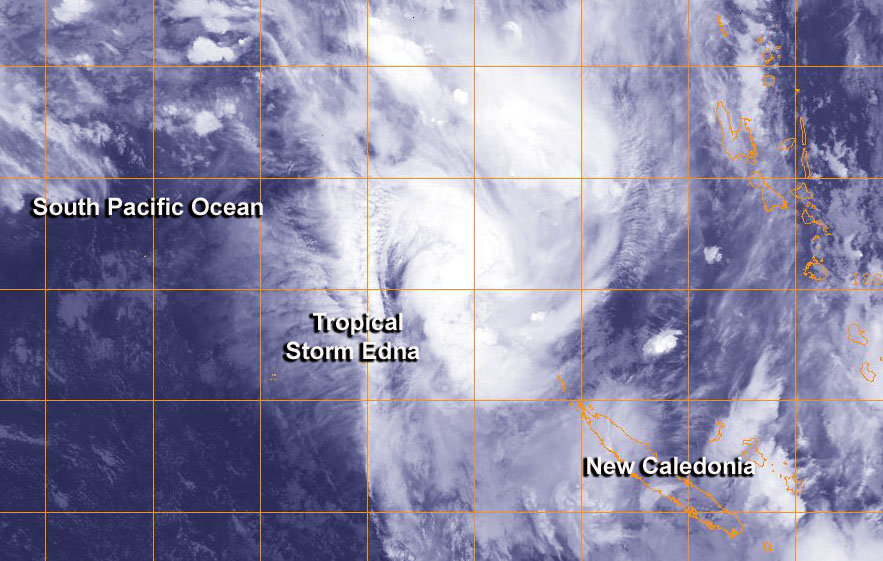 According to latest JTWC warning for TC Edna [final], issued 21:00 UTC, the system was located approximately 264 NM / 488 km south of Noumea, New Caledonia, and has tracked southward at 21 knots over the past six hours. 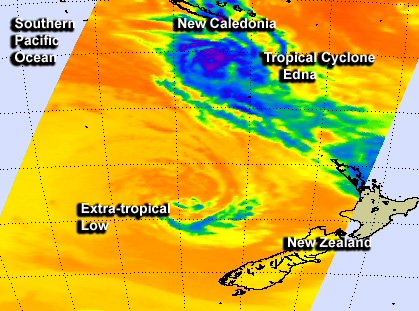 AIRS data showed that the strongest storms associated with it were southeast of the center.

The low is expected to move to the north and the west and away from New Zealand, according to the New Zealand Met Service or NZMS. NZMS noted that high pressure located to the southeast of New Zealand is expected to push the extra-tropical low away. (GODDARD) 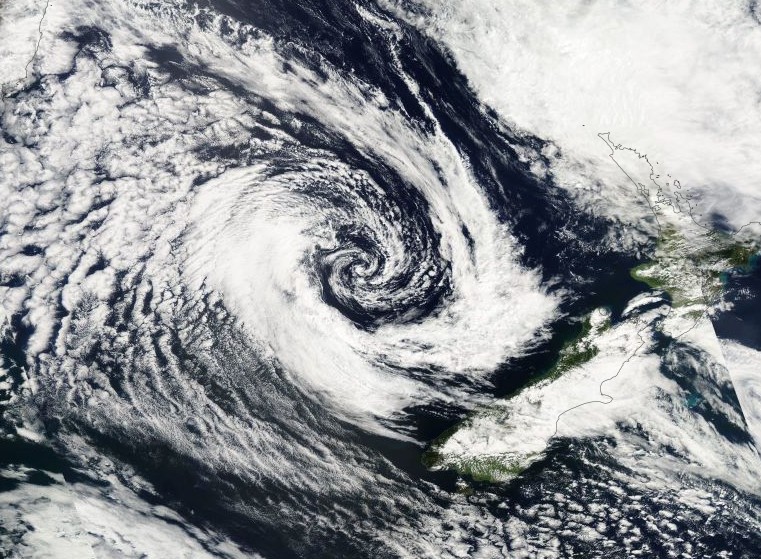