Tropical Cyclone Haley about to dissipate in Southern Pacific Ocean 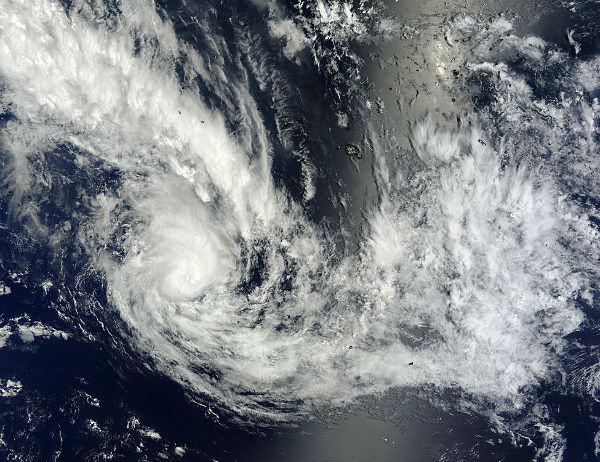 Soon after Haley intensified, infrared satellite imagery indicated that convection (rising air that forms thunderstorms that make up the storm) were already weakening around the center and on February 11, 2013 maximum sustained winds had already dropped to 35 knots (40.2 mph/64.8 kph).

The forecasters at the Joint Typhoon Warning Center expect Haley to continue moving southeast as wind shear increases and sea surface temperatures become even cooler. Both of those factors are expected to dissipate Haley by the end of February 12, 2013.