Due to the interest sparked by the upcoming flyby of 2012 DA14, Alex Parker of Minor Planet Center thought it would be helpful to place its flyby in a historic perspective. He put together a visualization of all the flybys of known asteroids in the 21st century in the form of a flyby clock. 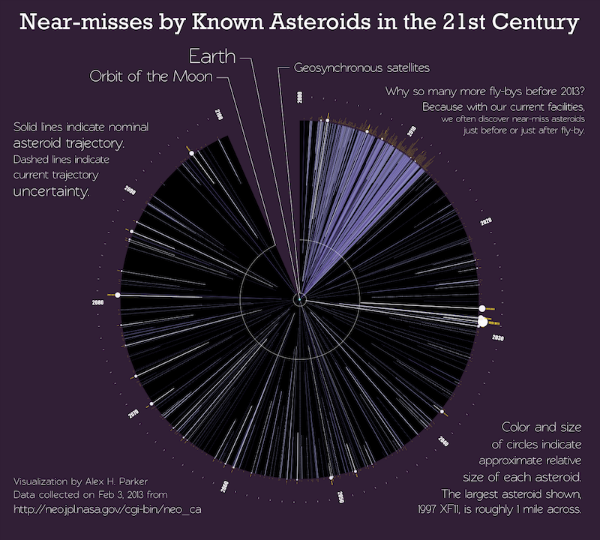 All flybys of known asteroids in the 21st century are shown at this flyby clock graphic.  (Credit: Alex Parker/MPC)

The illustration shows a region centered on the Earth, and spans an area three times the radius of the Moon’s orbit. The Moon’s orbit itself is drawn for scale, as is the location of the orbits of geosynchronous satellites. The largest asteroid which passes within the boundaries of this plot over the 2000 – 2100 period is 1997 XF11, and it is approximately a mile across. 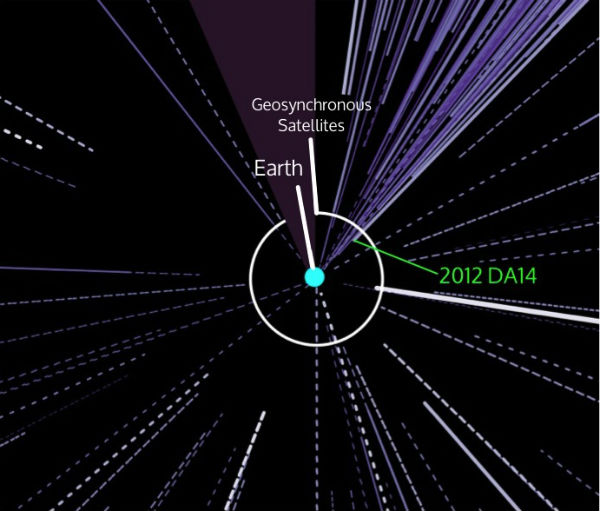 A zoom-in on the central portion of the figure, showing the Earth's radius to scale (cyan circle) and the orbit of geosynchronous satellites (white ring). The trajectory of 2012 DA14 has been highlighted in this version. (Credit: Alex Parker/MPC)

There appear to be many more flybys per year before 2013, and less close flybys after 2013. These asteroids are so small and faint, our current facilities often only detect them during their close flybys.

Parker said there are many, many more flybys that will occur in the 21st century but are not yet illustrated on this figure, simply because we have not discovered those asteroids yet. 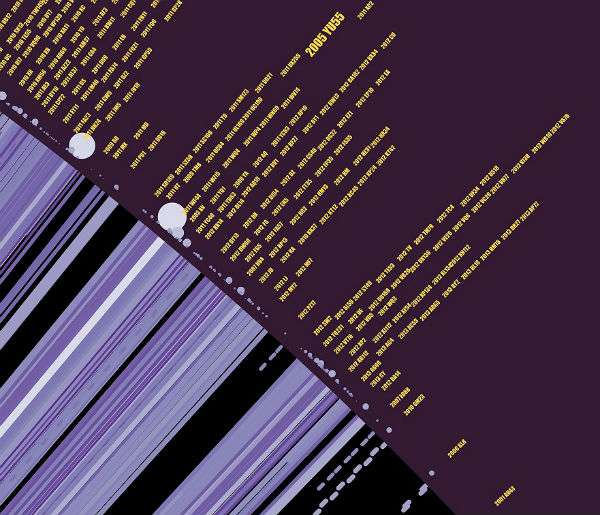 A zoom-in on this and last year, showing the names and relative sizes of recent and near-future Earth-buzzing asteroids. 2012 DA14 is also visible. (Credit: Alex Parker/MPC)

Parker also released illustration, linked here as a pdf, which allows zooming to see the finer details and names of each asteroid.