Tropical Cyclone "Herold" formed in the Indian Ocean near the coast of Madagascar on March 13, 2020, causing severe flooding in the northeastern part of the country which resulted in one fatality. Herold is the 8th named storm of the 2019/20 Southwest Indian Ocean cyclone season. 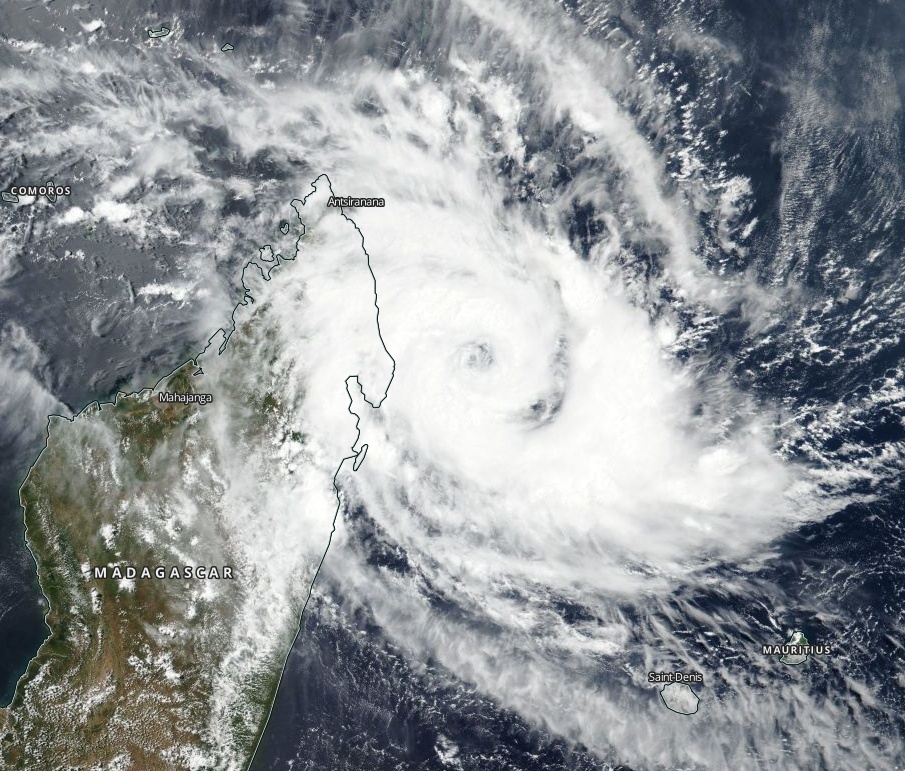 Herold inundated the northeastern part of Madagascar, affecting the cities of Maroantsetra and Antalaha the most. While it did not make landfall, it passed near the Malagasy coast, bringing strong winds and heavy rains that lasted for days.

In Maroantsetra, more than 3 095 people were affected by flooding. 13 out of the 20 communes in the district were submerged in water, including Mahavelona, Andranofotsy, and the worst-hit Anjanazana, where floodwaters reached up to 2 m (6.6 feet). Winds up to 194 km/h (120 mph) hit the islands.

According to the National Bureau for Risk and Disaster Management (BNGRC), one man drowned after trying to save a cow from his herd. 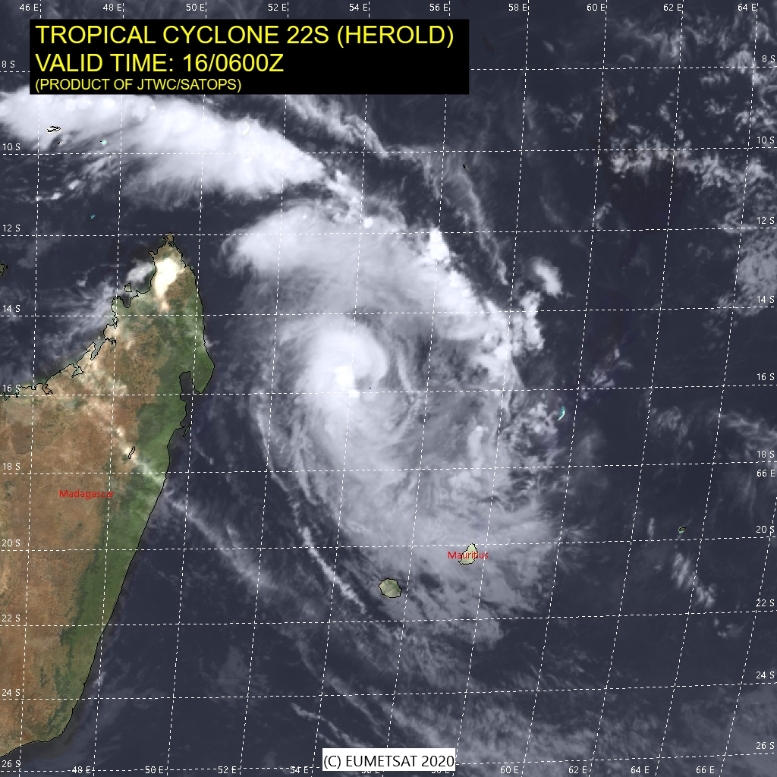 Meteorologists from La Chaine Meteor said Herold has passed off the coast of Reunion Islands with enough distance, sparing the islands of strong winds. However, about 3 to 4 m (9.8 to 13.1 feet) of waves may still occur.

Herold is expected to pass approximately 200 km (124 miles) north-northeast of Mauritius on Tuesday, March 17, with limited impacts. However, in the event of a south-southeast turn, it may pose a threat to the island.

According to forecasts, the wind will blow from the east-southeast at a speed of 20 km/h (12 mph), intensifying in the afternoon with gusts to 60 km/h (37 mph). The storm is also likely to head towards the Rodrigues Islands. 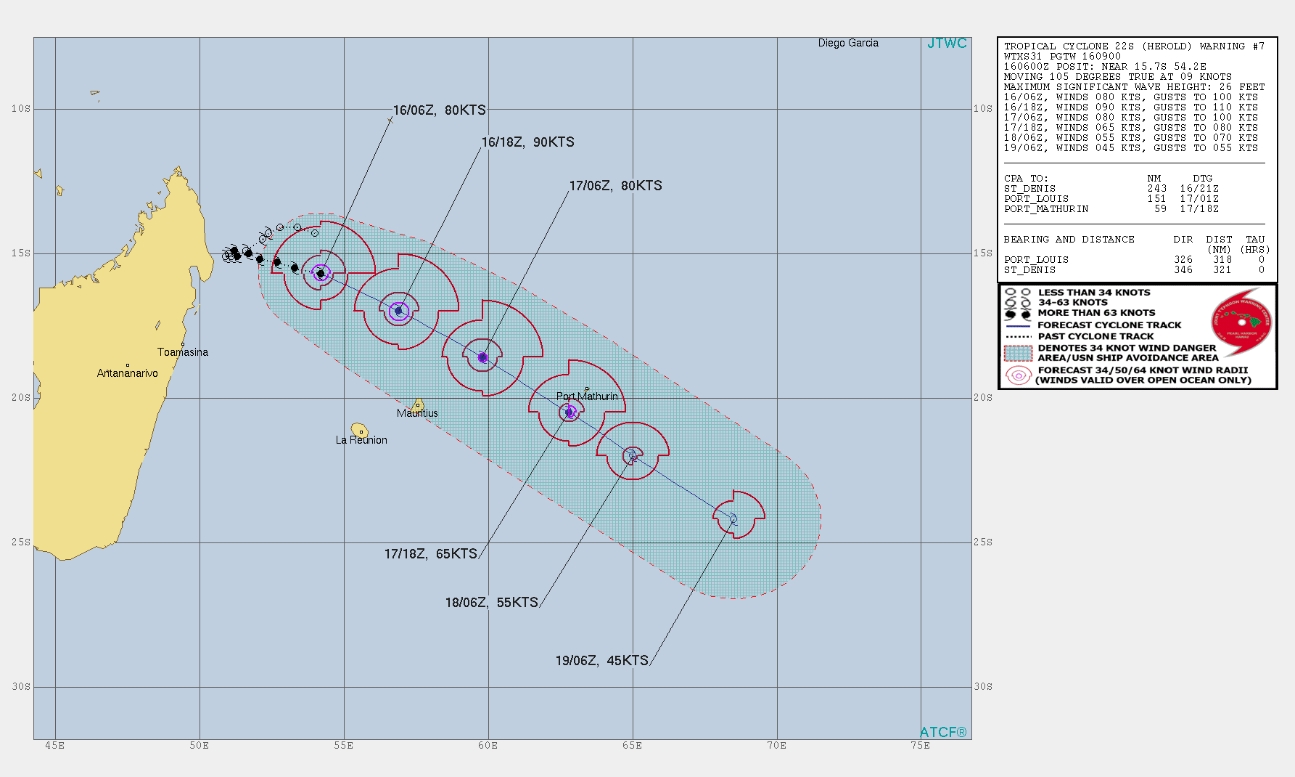