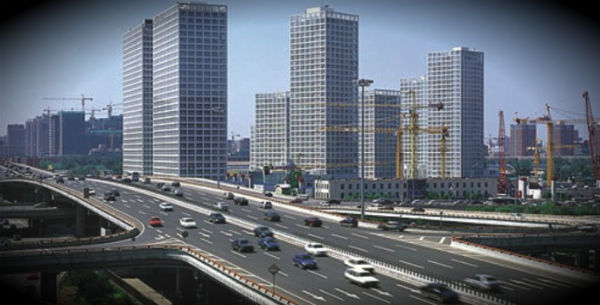 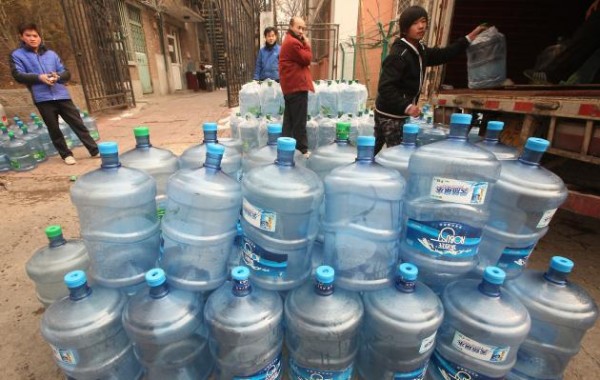 Chinese workers deliver drinking water to a housing estate in Beijing February 26, 2011. A record drought across China would not impact global food prices, with the country expected to meet its food demand from “abundant reserves,” according to government officials. (Credit: Stephen Shaver)

Statistics provided by the authority show that the past 10 years have seen the water table of the capital dropping from 12 meters to 24 meters due to overextraction of underground water, which is a major factor causing land subsidence in Beijing according to authority official statistics.  Authorities have established seven monitoring stations and 117 GPS monitoring points as part of an early warning system due land subsidence. According to a report conducted by Beijing Institute of Hydrogeology and Engineering Geology in 2010, land subsidence in Beijing has speed up since the 1950s, due to the large amount of groundwater extraction. As of 2009, the area with the highest record of ground subsidence reached 137.51 mms every year. Land subsidence in certain areas of Changping district and Chaoyang district has exceeded 900 mms in total. Numerous cases of fracturing of water and gas pipes and road sinking occurred at land subsidence areas in recent years, the report said. It warned of a potential threat to the construction of new subway lines posed by subsidence. Land subsidence has plagued more than 50 cities in China, such as those in the Yangtze River Delta and North China. Shanghai is among the most severely affected cities. 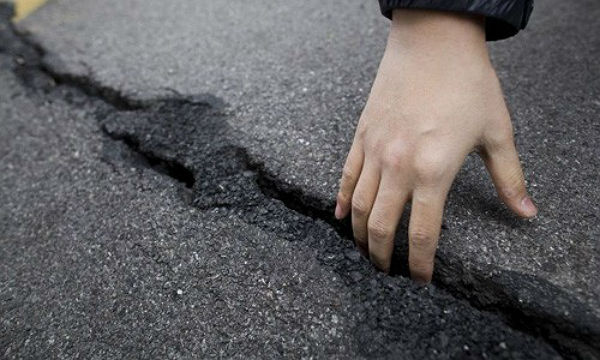 A seven-meter-long crack has surfaced on the road near Shanghai World Financial Center on February 16. (Credit: Oriental Morning Post)

Experts also warned of the possible side effects of a rising underground water level. Rising underground water could also cause potential damage because the ground level will rise eventually. There might be water in the subway tunnels on land that used to be dry and the underground pipes could also be threatened according to some water experts. The State Council approved a national set of guidelines to prevent land subsidence during the 2011-20 period, which include a nationwide survey on land subsidence, the establishment of monitoring networks in affected areas and increased control over underground water-pumping. 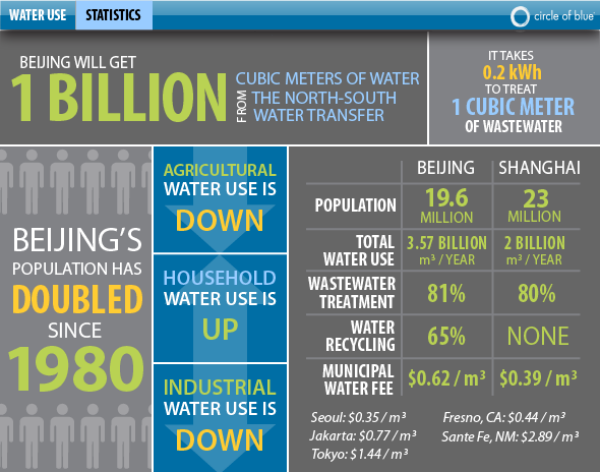 The North-South Water Diversion Project will bring 1 billion cubic meters of water supply to Beijing in 2014. The water could satisfy one-third of the total water demand in Beijing.  The water diversion project is designed to take water from China’s longest river, the Yangtze River, to feed the drought-prone areas in the north, including Beijing and Tianjin. The water from the diversion project would also help to cut underground water extraction in the capital by half, as underground water now accounts for two-thirds of the water supply in Beijing. The transfer project will relieve Beijing’s water shortage for quite some time into the future, and there’ll be no risk of ‘drought’, but it’s not a permanent solution. 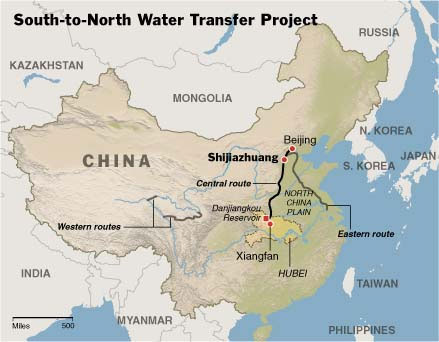 Figurеs from thе Statе Council’s South-North Watеr Transfеr Projеct Officе show that, of the 155 individual work items involved in the first stage of the projеct’s еast and central routеs, 33 (or 21%) have been complеtеd, whilе 67 (43%) arе undеr construction. China has about 20% of the world’s population, but only 7% of its water resources to sustain it. Only 14.7% of the country’s water is distributed in the vast areas to the north of the Yangtze River, where the amount of arable land accounts for 59.2% of the national total, and the population makes up 44.4% of the total. The population of China’s capital has doubled since 1980, and, though agricultural and industrial water use is down, municipal use is up. 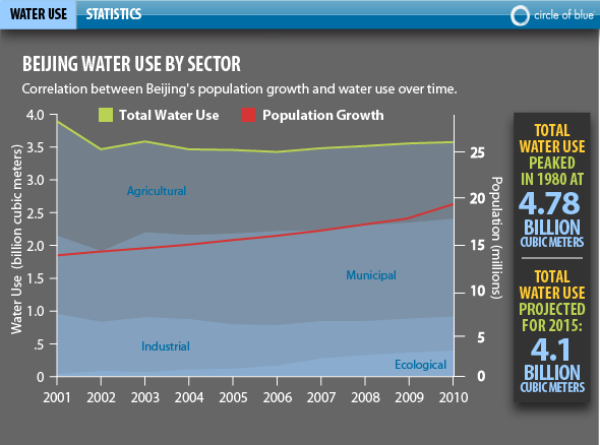