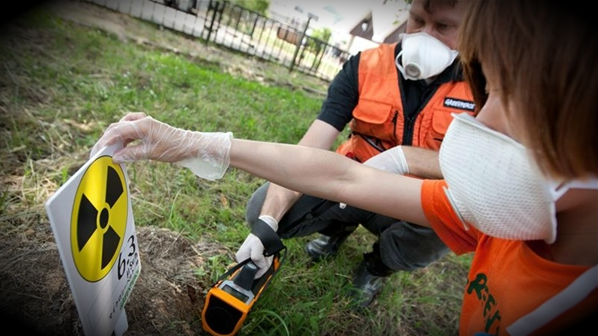 It has been almost 12 months since the Fukushima nuclear disaster began. The nuclear disaster at the Fukushima Daiichi plant that began unfolding on March 11, 2011 is the biggest since the Chernobyl disaster of 1986. Although the Great Tohoku earthquake and the following tsunami triggered it, the key causes of the nuclear accident lie in the institutional failures of political influence and industry-led regulation as well as bad-managing nuclear lobbies. There are also numerous theories from secret nuclear war to alien submarine bases, but we leave those stories to other blogs and websites.

To learn from Fukushima, Greenpeace commissioned “Lessons from Fukushima.” This report documents how the government, regulators and the nuclear industry enabled the Fukushima Daiichi disaster and then failed to protect the people from its impacts. It was realised by three independent experts – a nuclear physicist, a correspondent for a health publication and a nuclear engineer. It is like we forgot that millions people are still living in the shadow of reactors while there is risk of the next nuclear disaster at any time. Really, the danger of new disaster is “hanging in the air”.

Instead of acknowledging these risks, Most authorities and politicians responded to Fukushima disaster by calling for the need to “restore public confidence in nuclear power ”(!?) instead of acknowledging these risks and giving proper information to the people.  A year after the disaster began; governments continue to protect the nuclear industry instead of protecting their citizens. How come? What about all the people who are facing life risks and still live in ignorance and false hope that everything is OK? The institutions that people have trusted to protect them from nuclear risks failed completely. Fukushima showed how quickly the multiple barriers that we were assured would prevent a large release of radioactivity failed. Emergency plans for a nuclear accident were dysfunctional and inadequate. In Japan, all the barriers collapsed during the first day, and a hydrogen blast allowed radiation to directly escape to open air.

In the latest report Greenpeace points that people were left to die in a hospital, abandoned by medical staff. People were sent to areas with higher radiation levels. Others were told to stay indoors but without assistance for days, only to run out of food, water and fuel for their eventual escape. Some were told you are safe where you are, only to hear the government admit weeks later that they weren’t safe at all and needed to evacuate.

And the nuclear industry gets out of paying the full costs of a nuclear disaster. By official numbers, 150,000 Japanese people had to evacuate and leave everything behind. Those people are still without support or compensation for rebuilding their lives. This is despite Japan being one of only three countries that does not cap the liability of a nuclear reactor operator for the damages caused by an accident. 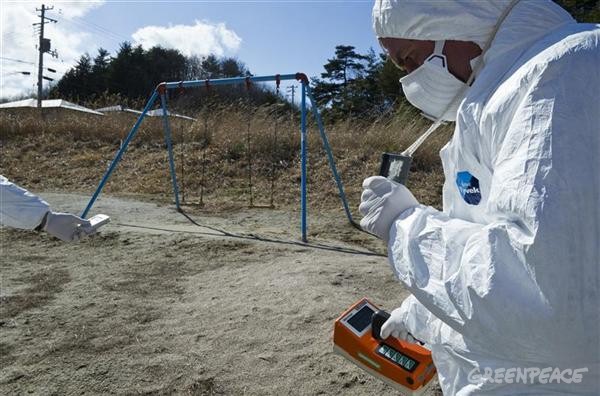 The “stress tests” on reactors around the globe are also evidence that nothing was learned from past failures. As far as we know, only Germany decided for safety reasons, to promptly close 8 of its 17 reactors. No other reactor in the world was declared unsafe and closed as a result of review following the Fukushima disaster. But as new Greenpeace report shows, the first crucial lesson is that “nuclear safety” cannot be created. While the nuclear industry wants us to believe that the chance of a major reactor accident is one in million, the real frequency has been one meltdown every decade, on average. The Fukushima nuclear disaster has again shown us that nuclear reactors are fundamentally dangerous. None of the world’s 435 nuclear reactors are immune to human errors, natural disasters, or any of the many other serious incidents that could cause an accident. Millions of people who live near nuclear reactors are at risk.

This report, commissioned by Greenpeace International, addresses what lessons can be taken away from this catastrophe. The one-year memorial of the Fukushima accident offers a unique opportunity to ask ourselves what the tragedy – which is far from being over for hundreds of thousands of Japanese people – has taught us. “Lessons from Fukushima” report addresses the people to realize how the whole system is wrong and will screw them again, unless they say no to nuclear power with its inherent problems that can never be really fixed. It calls for modern energy systems based on energy efficiency and renewable energy, thanks to which we can get rid of deadly reactors and get the additional benefits of better energy security, stable energy prices, and millions of quality jobs. (GreenPeace)

A recently disclosed Tepco documentation indicates total emissions estimates of both plutonium 239 and neptunium 239 for the first 100 hours of the catastrophe.  This leaked Tepco document suggests a release of 1.2 trillion bq of pu-238,pu-239,p-240 and pu-241 collectively and 76 trillion bq of Np-239 within the first 100 hours of the catastrophe.