JMA is reporting that very strong earthquake M 7.1 struck off the east coast of Honshu at 17:10 UTC today. They measured depth at 10 km. Both USGS and EMSC are reporting major M 7.1 at depth of 10 and 7.3 km, respectively. JMA initially recorded M 6.8 but was changed also to M 7.1. 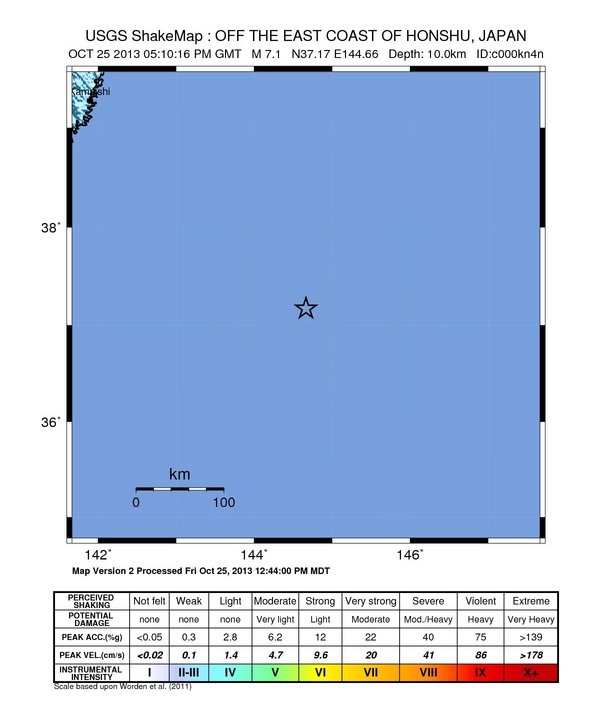 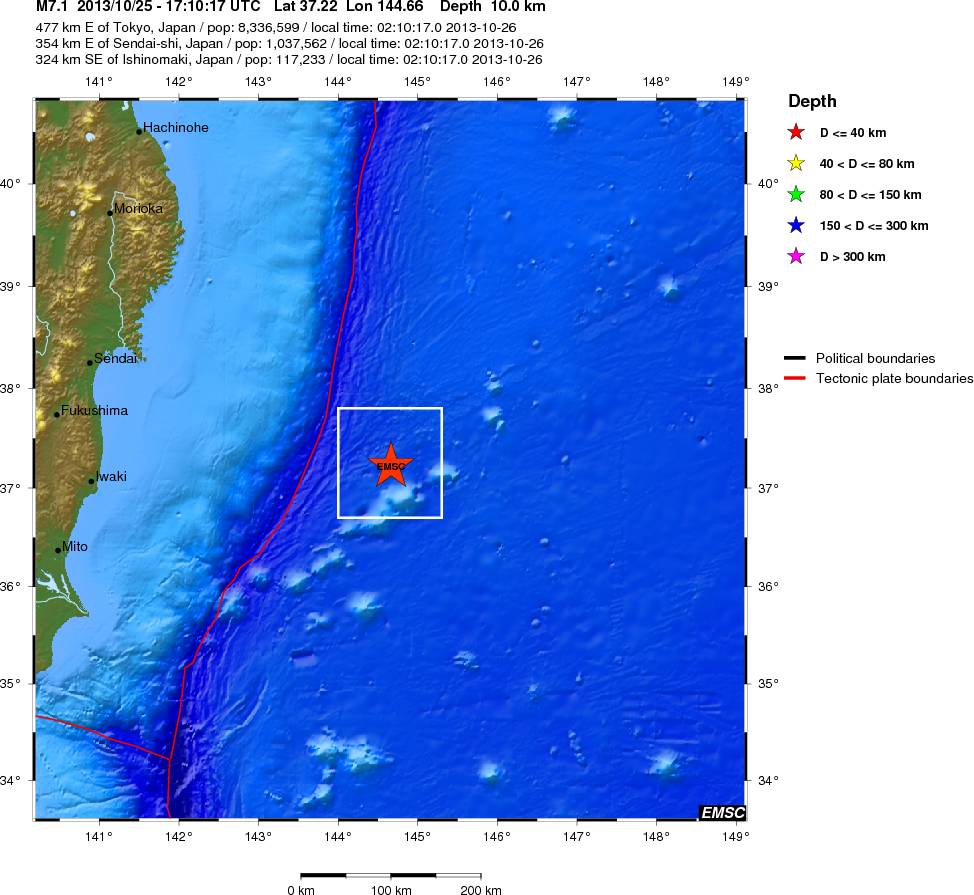 Tsunami warnings were in effect for east coast of Honshu.

According to JMA, all tsunami advisories are now canceled (19:05 UTC). Though there may be slight sea-level change in coastal regions, no tsunami damage is expected. They advised to pay attention when fishing, swimming or engaging in other activities, as there may still be slight sea-level changes for the time being. No Major Tsunami Warnings, Tsunami Warnings and Advisories are currently in effect.

This is 320 km east of Fukushima NPP. The operator of Japan's wrecked Fukushima nuclear plant said there was no damage or spike in radiation levels at the station after the quake. All workers was precautionary evacuated to higher ground. Tohoku Electric Power Company officials said they measured a 55-centimeter tsunami at a port at Miyagi Prefecture's Onagawa nuclear plant. 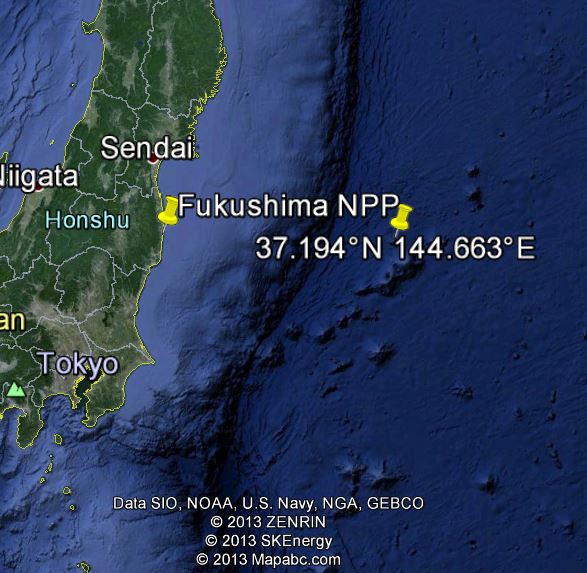