Operator of tsunami stricken Fukushima nuclear power plant (NPP) admitted on Monday, July 22, 2013 that contaminated water had been seeping from damaged reactors into the Pacific (NYT). Though this was long suspected by experts, this is the first time officials have acknowledged the problem.

In the press conference of 7/22/2013, Tepco admitted the seawater is coming up and down to the plant area.

Now it’s clear that seawater and the contaminated groundwater are freely traveling.

The seawater contamination and the rainfall are also in sync. Contaminated groundwater is obviously coming out to the sea.

On Tuesday, July 23, another steam was reported coming out from crippled facility, though again, officials claim radioactivity did not rise. This is the second time operator reported it in last 7 days.

Meanwhile, strong earthquakes are occurring around the plant.

A 5.3 magnitude earthquake was registered at 03:02 UTC at shallow depth of only 6.1 km (USGS). JMA registered this earthquake also as M 5.3 but measured depth at 10 km. The epicenter was about 30 km from Fukushima NPP.

At 10:58 UTC (19:58 JST) JMA registered another earthquake with same location as previous M 5.3. This was probably an aftershock as it was registered as M 3.6 at depth of 10 km. USGS has no records of this one. 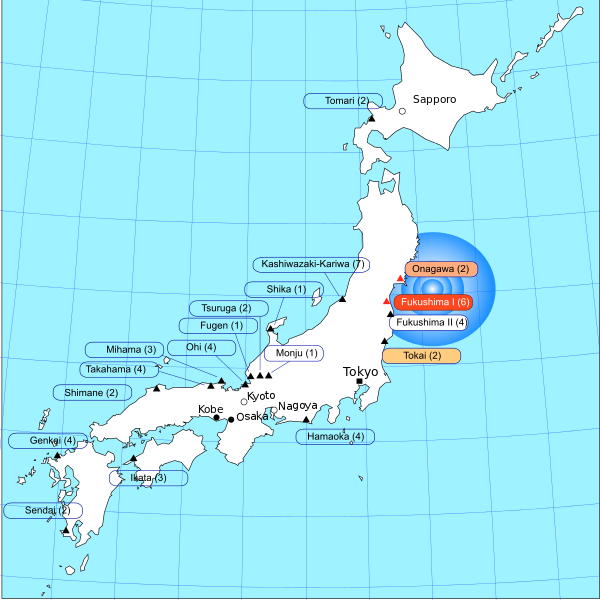 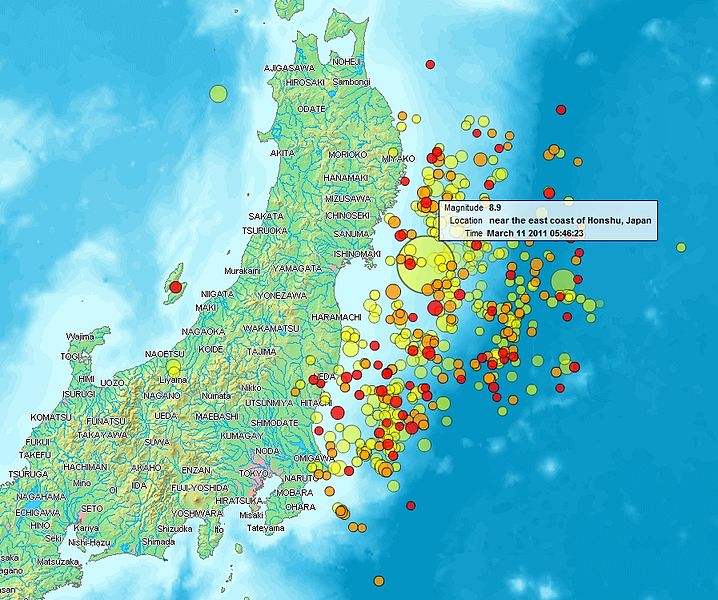