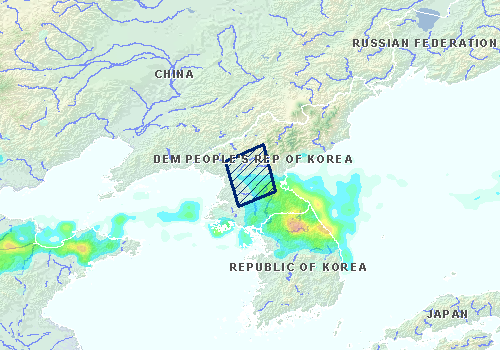 Heavy rains that started on July 10, 2013 have caused severe flooding in parts of central North Korea claiming lives of 5 people and leaving more than 23 000 homeless. KCNA reported that up to 413 mm of rain battered Tongsin country over three days until late Sunday, July 21st.

The floods destroyed or submerged more than 6 060 dwelling houses.

According to it, the climate change in Korea has been characterized by the increase in temperature and rainfall as well as typhoon, torrential rain, flood, drought and biting cold causing devastating damage. They suggest the warming will persist in next five years, and is likely to increase the danger from disastrous climate change such as flood accompanied by torrential rain, typhoon and tidal flood in the future, too. 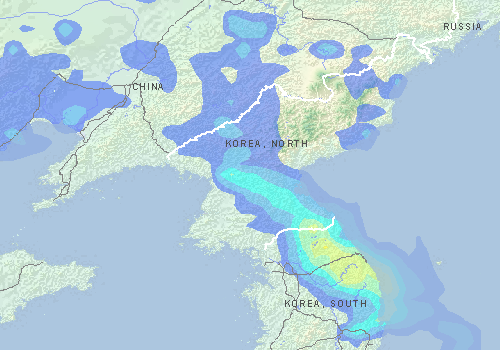 In July 2012, North Korea suffered one of their worst flooding in history. It started with Tropical Storm Khanun which hit the region in July, and continued with torrential rains that lasted until August. Almost 63 000 people were left homeless, 88 people lost their lives, 5 000 houses were destroyed and about 12 000 houses were inundated. At the end of August, more rains fell, which ended up wiping out 530 more houses. Typhoon Bolaven followed and another one in late September, leaving more dead and more damage.