According to North Korea's state broadcaster, heavy rains affecting the country's NE provinces of North and South Hamgyŏng since Sunday, August 1, 2021, caused rivers to overflow, damaging 1 170 homes, washing away hundreds of hectares of farmlands, destroying roads and bridges, and forcing the evacuation of 5 000 residents.

The worst affected were small towns along major rivers.

The town of Chongjin, Puryong county registered 583 mm (22.95 inches) between August 1 and 3 while Sinhung county near Hamhung registered 308 mm (12.12 inches). During the same period, the province of North Hamgyong registered more than 500 m (19.7 inches) of rain.

The average rainfall for the month of August in Hamhung, the capital of South Hamgyŏng and the second-largest city in North Korea, is 179.5 mm (7.06 inches). August is its second-wettest month after July with 211.9 mm (8.34 inches).

Similar damage appeared at Toksan Airfield near Hamhung and in Hongwon county to the east, as well as just north of Chongjin.

There are no reports of casualties.

Heavy rains will continue affecting the country into September. 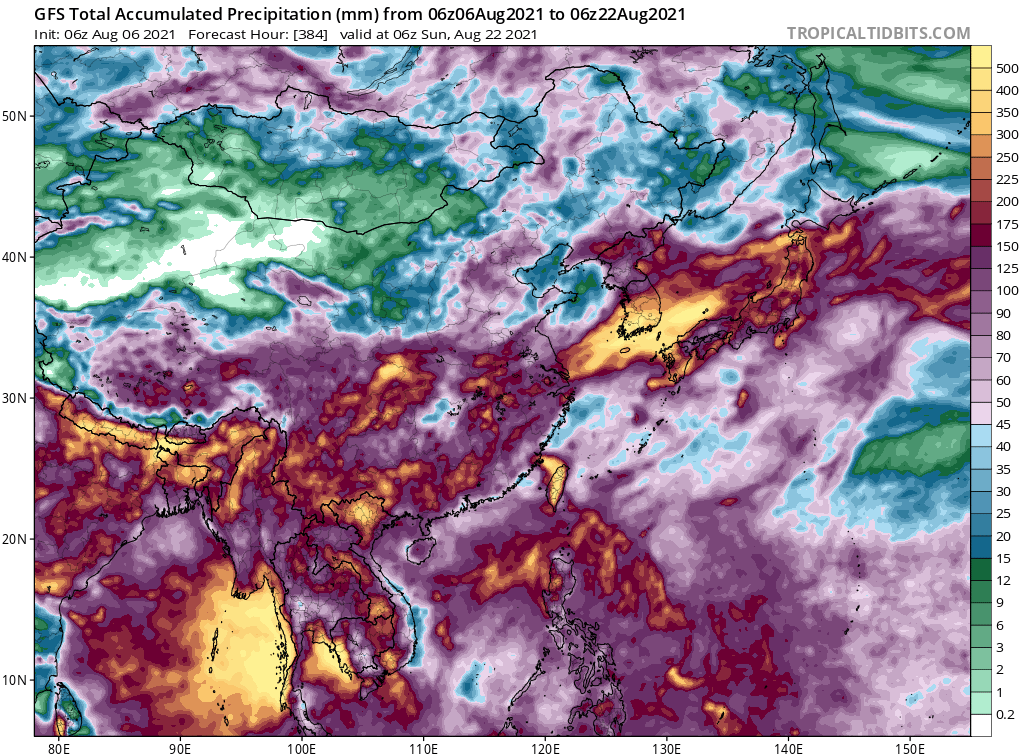 The event follows a crop-damaging heatwave and drought in July that may threaten upcoming harvests, further deepening the country's food crisis.