According to latest alert warning from Joint Typhoon Warning Center (JTWC) the formation of a significant tropical cyclone is possible within 200 nm either side of a line from 13.7 S - 53.3 E to 14.9 S - 44.0 E within the next 12 to 24 hours. Available data does not justify issuance of numbered tropical cyclone at this time. Winds in the area are estimated to be 25 to 30 knots. The system is moving westward at speed of 14 knots. The system is expected to continue strengthening while tracking over the northern tip of Madagascar and will intensify significantly within the next 24 to 36 hours as it moves over the Mozambique channel. Minimum sea level pressure is estimated to be near 1000MB. Usually, the cyclone season in Madagascar runs from November to April. 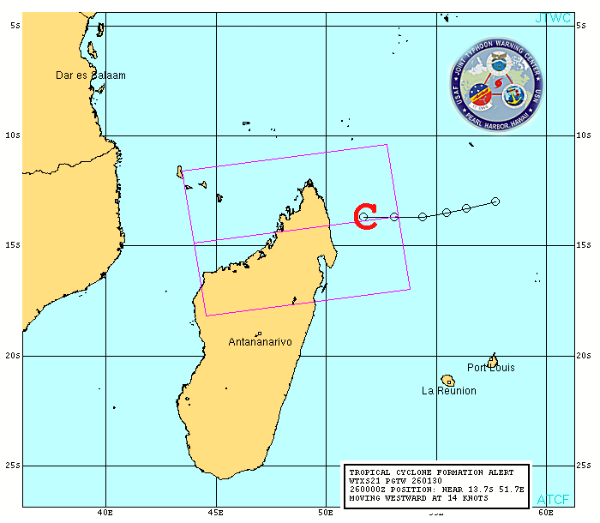 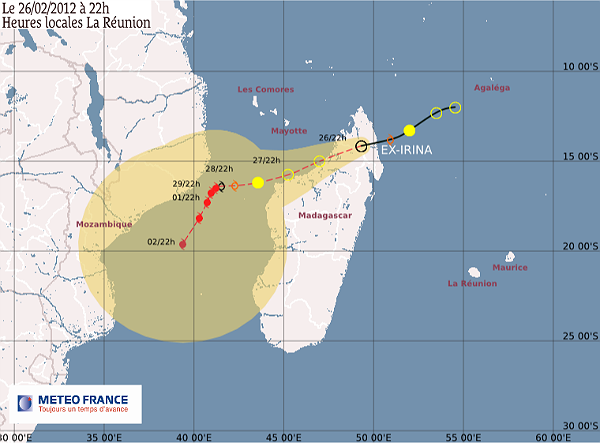 At least 31 people were killed and 250,000 left homeless after Tropical Cyclone Giovanna ripped across Madagascar last week, the disaster management agency said in their report. But the agency warned the toll could still rise. Of the 686 communities affected by the storm, contact had been restored with only 169. So far, nearly 250,000 were left homeless after rains and powerful winds swept across the country. 8 clinics and 24 primary schools were destroyed. Another 424 schools and 39 health centres were flooded or damaged. Bridges, roads and electrical installations were also damaged, and emergency workers were delivering clean water to hard-hit communities. 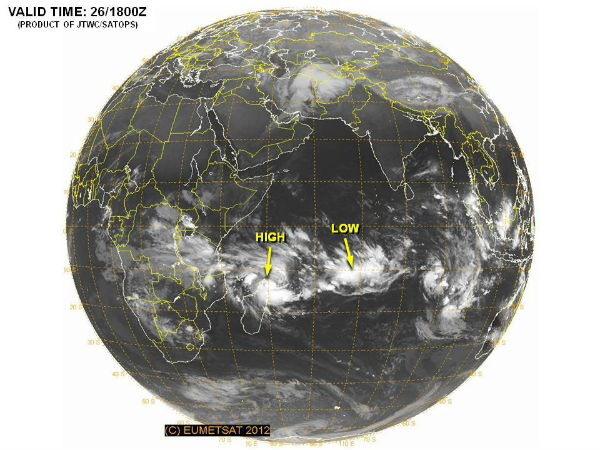 The disaster agency said Giovanna was as powerful as Tropical Cyclone Geralda, which killed 230 people in 1994. In February 2011, Cyclone Bingiza killed at least 34 people.