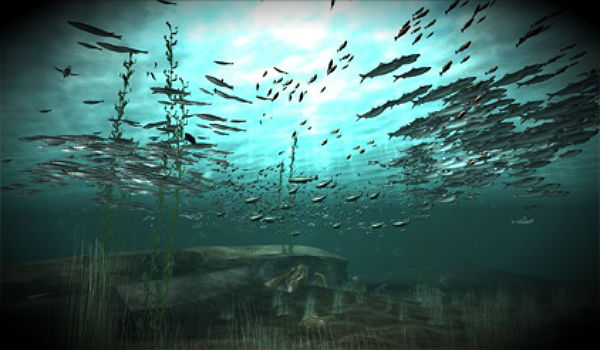 Over-exploitation of the world’s fish resources has caused serious decline in fish populations, and there is widespread concern that the world oceans will be unable to supply fish products for future generations. Given the importance of marine fisheries for food security throughout the world, this poses a serious threat for coming generations, and we must ask if there will be sufficient seafood for our children and grandchildren.

There is about 2 billion tons of fish in the ocean or about 300 kilograms (661 pounds) per person on the planet. The total biomass in the ocean is staying relatively consistent but the balance in the type of fish has shifted. Big fish in the ocean have experienced a 55 percent decline in last 40 years. Half the world’s fish are small, in the open oceans and not exploitable and the fish that remain are fish humans aren’t so interested in catching or eating.

A continuous overfishing of cods, sardines, mackerels and anchoveta leads to a collapse on their populations around year 1980. The total fish catch drops accordingly, and after a short-term recovery the continuous fishing pressure leads to a permanent decrease in fish population after year 2000. With fish becoming more scarce the effort required for fishing increases proportionally. Therefore the number of jobs in the fishing industry keeps increasing until it hits a peak plateau in 1985. From this year on the effort is constant but the total catch of fish keeps going down. Such trends can lead to an eventual final collapse of the marine populations.

A nine-year project called The Nereus program has the goal to model and understand global changes in the oceans such as this switch in fish. Ocean climate models, food web and fisheries model, biogeographic models and rules for management and governance are the complex data and modeling framework that Nereus program uses for predict the future of oceans.

The scientists teamed up with gamers to build a virtual 3D model of the oceans where future impacts of climate change and conservation decisions can be predicted. The model spans a hundred years, from 1960-2060.

As oceans warmed, fish moved northward, meaning a bigger catch for fishermen in northern seas. But there’s a catch. Northern waters are able to absorb and hold more gases, particularly carbon dioxide, which is growing steadily in the Earth’s atmosphere. Increased carbon dioxide in ocean waters makes it more acidic, so northern oceans are becoming acidic faster than other parts of the globe. And more acidic seawater means less oxygen available in the water, making it difficult for fish to grow to full size, according to William Cheung, a researcher at the fisheries center at the University of British Columbia. He developed a global model that includes more than 600 species of fishes and invertebrates, to investigate the combined impacts of multiple human stressors on marine fisheries potential catch. With warming alone, northern fishermen increase their catch potential by 30 percent. But with the addition of acidification, they end up losing more than they gain.

Climate change affects more than just water temperature and ocean acidification, and bleaching of coral reefs are also global-warming-related problems. And these environmental effects probably interact with the array of other human actions.

When it comes to the oceans, research shows a parallel to the Permian-Triassic extinction — also known as the Great Dying — which eradicated 95 percent of marine species when the oceans lost their oxygen about 250 million years ago. The same phenomenon is taking place in many areas of today’s oceans. The entry of fertilizers into rivers and subsequently oceans is eating up the oceans’ oxygen. Around the world, the number of dead zones, some of which are naturally occurring, increased from 149 in 2003 to more than 200 in 2006, according to a 2008 report by the United Nations Environmental Program. (NereusProgram)