Tropical cyclone Funso is the first major cyclone of 2012 and fifth named storm of this year's cyclone season. Funso reached the equivalent of a Category 4 hurricane on January 25, with winds of 120 knots (220 kilometers/140 miles per hour). The storm is weakening as it moves south. TC Funso and TC Dando in quick succession in Mozambique in recent days have left at least 25 dead, tens of thousands affected by flooding, and communications infrastructure damaged. 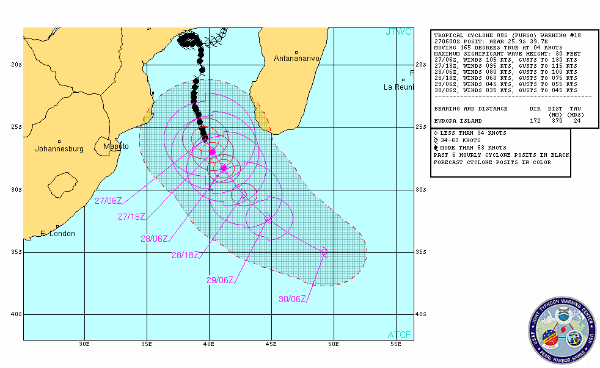 In latest warning bulletin Joint Typhoon Warning Center (JTWC) reports that the current location of the storm system was 380 nm east of Mozambique's capital, Maputo and was moving southeast at 4 knots. Since forming on January 19, Funso has moved very little, its path looping before meandering slowly south over the Mozambique Channel. While the storm has not made landfall, its outer bands have been inundating Mozambique with heavy rain. 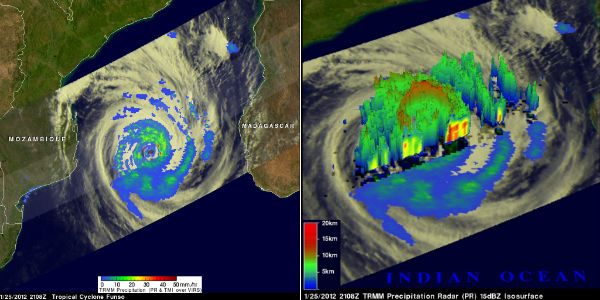 Cyclone Funso is a major hurricane. It has been providing very heavy rains across Mozambique and is slowly drifting to the south. By Saturday, this storm will begin to accelerate further south and begin to weaken. Until then, the outer bands of the storm will continue to produce squally, wet weather across portions of southeast African, the Mozambique coast, and the western coasts of Madagascar. Approximately 25 people have been killed due to the combination of heavy rains from last week’s tropical depression Dando and this week’s Funso. Many areas have seen over a foot of rain, and a few areas are difficult to reach due to the extent of flooding. Conditions should begin to clear up by for these areas by Friday afternoon, January 27. (EarthSky) 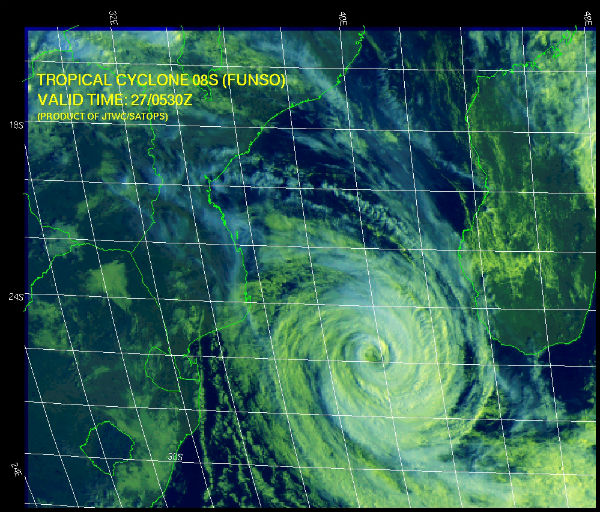 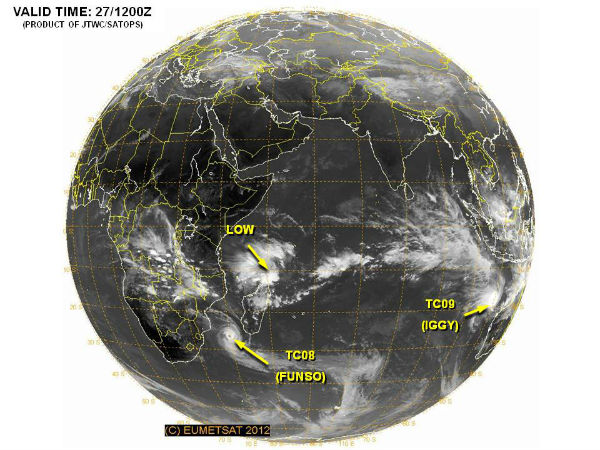