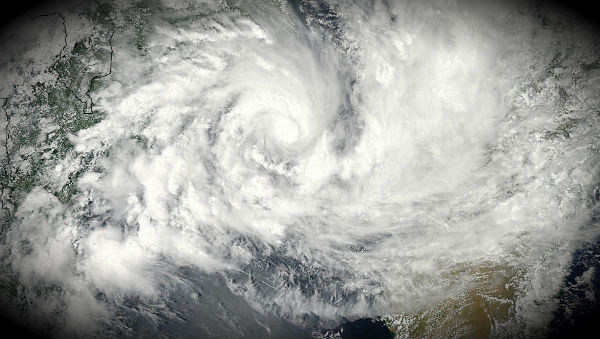 A tropical cyclone Funso raging in the Mozambique Channel will menace the southeastern coast of Africa with potentially damaging winds and flooding rain this weekend and heading into next week. Currently the system is located   and its now within 75 miles of the Mozambique coastline 610 nm northeast of Maputo according to latest Joint Typhoon Warning Center (JTWC) warning.  The compact system is displaying a well-defined low-level circulation, and has sustained winds of over 105 mph.  The current forecast has the systems sustained winds approaching 125 mph later this week. TC Funso is expected to turn south, away from land and continue to strengthen as it gains some distance from land. 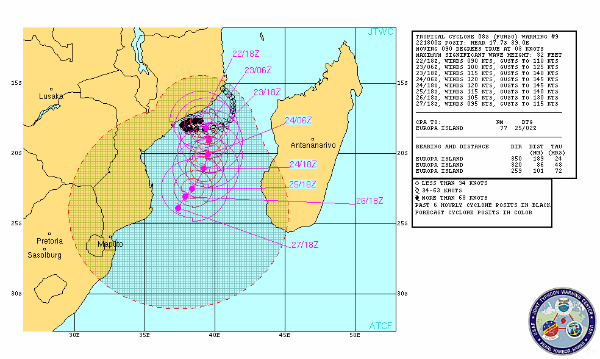 The showers and thunderstorms from Funso have already triggered localized flooding downpours on Mozambique as well as Madagascar, on the other side of the Mozambique Channel. Once it begins moving southward, it shouldn’t pose as much of a threat to land as it currently does. Funso’s slow-moving nature has added to the problem, bringing a continuous stream of rain into some places.

GDACS reported orange level for Tropical Cyclone Funso impact.  This tropical cyclone can have a medium humanitarian impact based on the storm strength and the affected population in the past and forecasted path. In particular Mozambique are affected by high winds up to 185km/h (51 m/s or 114mph). Up to 0.5 million people can be affected by wind speeds of hurricane strength or above. In addition, 83.93 thousand people are living in coastal areas below 5m and can therefore be affected by storm surge. 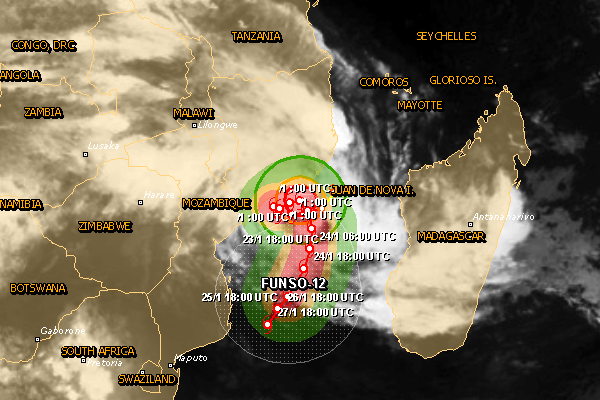 Right now in the Indian Ocean is also Tropical Cyclone Ethel, which is weaker and possess little threat to land. 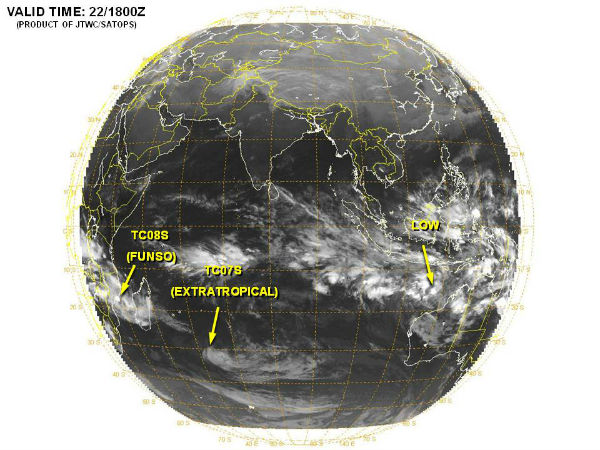