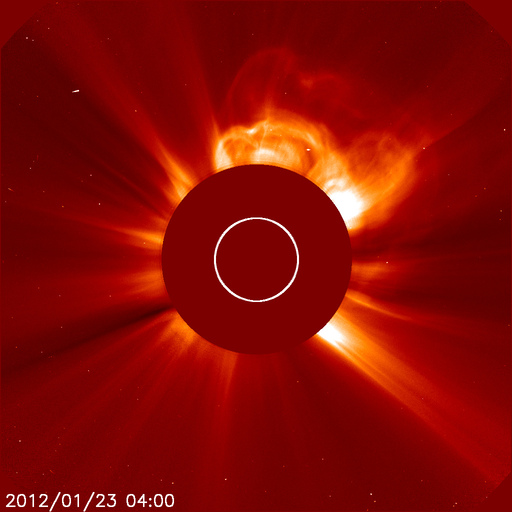 A strong solar flare reaching M8.7 was generated by Sunspot 1402 in the northern hemisphere. The flare peaked at 03:59 UTC monday morning (Jan 23 2012) and started off an a long duration M1.0 event (LDE) before eventually rising again to its maximum. An R2 Radio Blackout resulted. A 19 minute long, 10cm Radio Burst (TenFlare) was detected as well. This event did produce a Full-Halo Coronal Mass Ejection (CME), and is partially Earth directed. Just like the previous event on Jan 19, most of the plasma cloud appears to be directed north. The speed of the expanding cloud however, should be more substantial.

Radiation storm: The solar proton levels are now on the rise following the solar flare. A moderate S2 Level radiation storm is now in progress.

This is the strongest solar radiation storm since September, 2006. It is still in progress and continues to get stronger.  A very fast Coronal Mass Ejection (CME) is headed towards Earth. 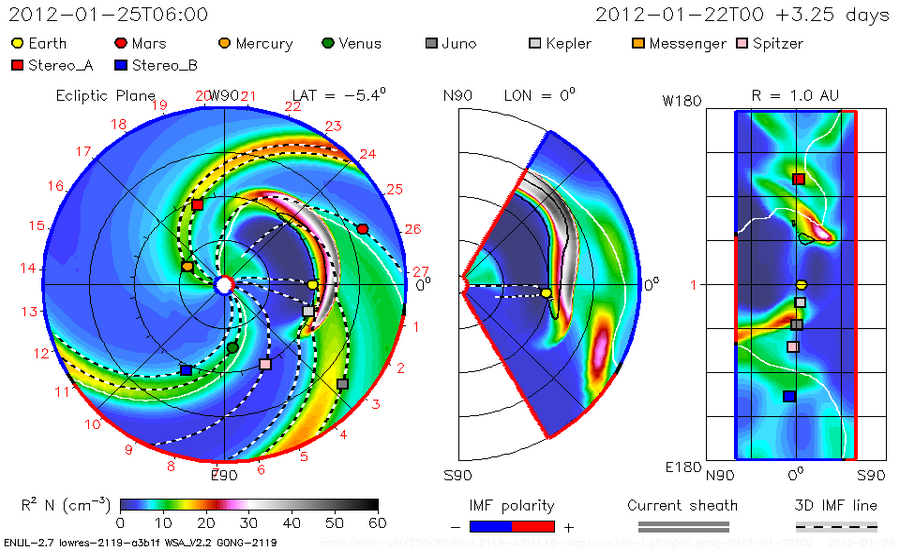 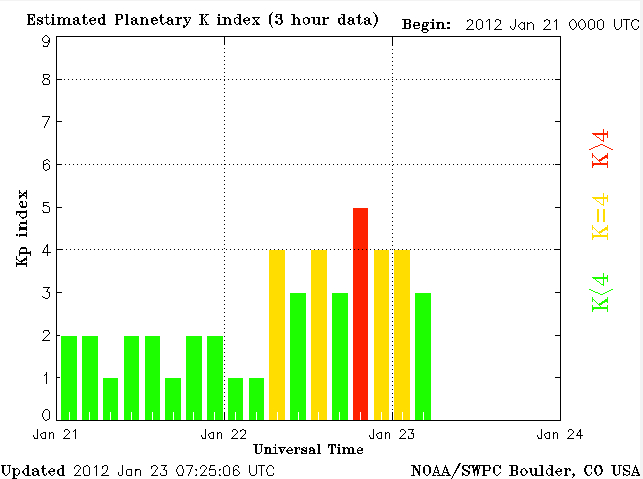 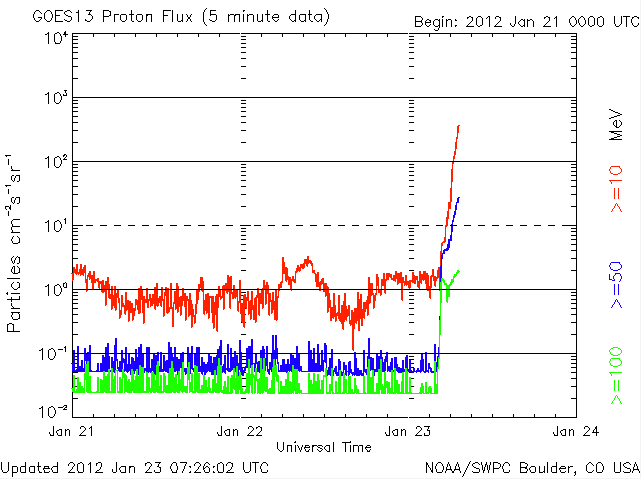 Potential Impacts: An enhancement in the energetic portion of the solar radiation spectrum may indicate increased biological risk to astronauts or passengers and crew in high latitude, high altitude flights. Additionally, energetic particles may represent an increased risk to all satellite systems susceptible to single event effects. This information should be used in conjunction with the current Solar Radiation Storm conditions when assessing overall impact. 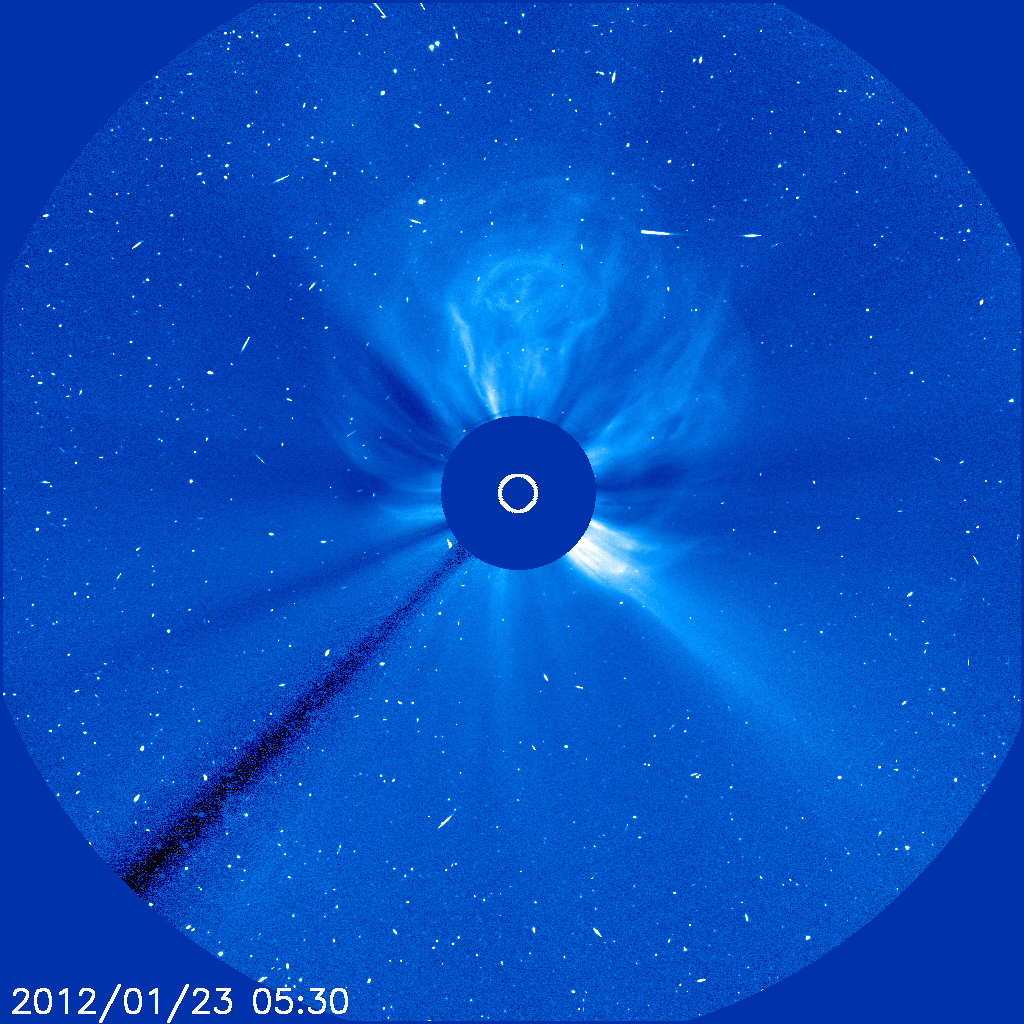 What is a 10cm Radio Burst (TenFlare)

A tenflare is associated with optical and x-ray flares. Solar flares emit radiation over a very wide range of frequencies. One of the more significant frequencies observed is the 10.7 cm wavelength band (2695 MHz). When a solar flare erupts, “noise” from the flare is received over this very wide range of frequencies. When the noise received on the 10.7 cm wavelength band surpasses 100% of the background noise level during a solar flare, a Tenflare is said to be in progress. The more intense solar flares are associated with tenflares. Almost all major flares are associated with tenflares. Generally, the greater the intensity of the burst of noise observed at the 10.7 cm wavelength band, the more significant the flare is said to be. The duration of the tenflare can also be used to determine the severity of the flare. (solarham)