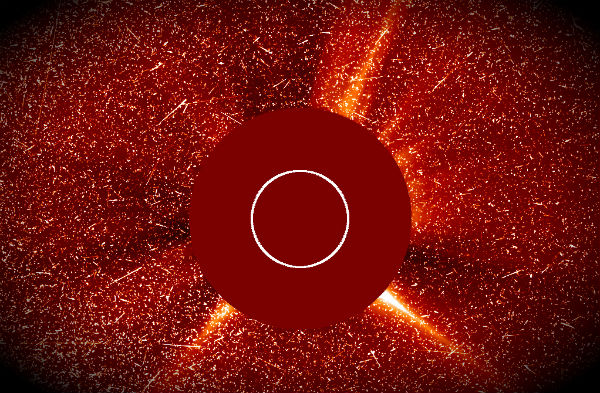 Sunspot 1429  just produced a strong M6.3 Solar Flare. AR 1429 is now located in the center of the visible solar disk so this solar flare and its CME is heading straight toward Earth. The Bz Component of the Interplanetary Magnetic Field (IMF) is pointing south and this is helping stir up geomagnetic activity at high latitudes. A G1 Geomagnetic Storm (KP=5) is again in progress. The Solar Wind is currently at 605 km/s.

The ACE Spacecraft detected a shock passage and a Geomagnetic Sudden Impulse measuring 58 nT at the Boulder Station was recorded at 11:05 UTC Thursday morning. The Coronal Mass Ejection (CME) caused by the X5.4 Solar Flare did impact Earths geomagnetic field. Minor Geomagnetic Storming (Kp=5) persisted for many hours today, but the Kp Index has now dropped below the G1 minor storm level. 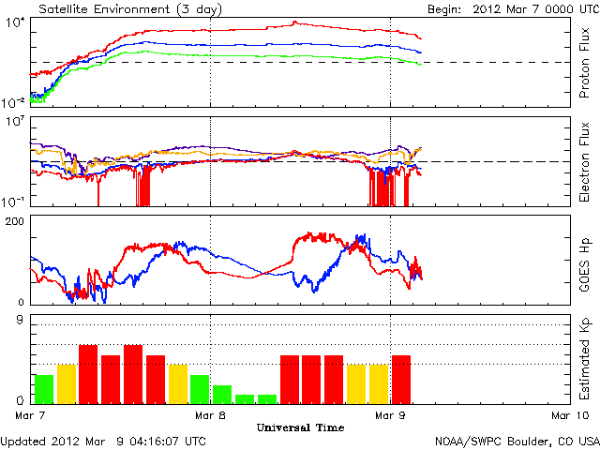 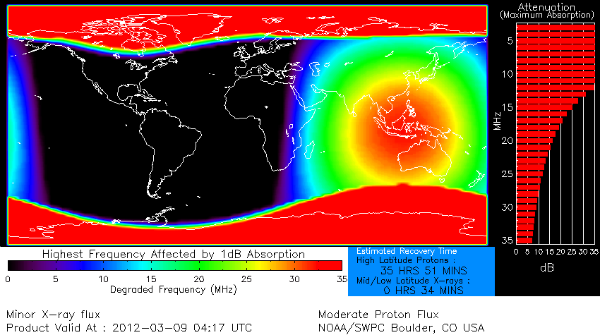 A coronal mass ejection (CME) hit Earth’s magnetic field on March 8th around 11:05 UTC. Geomagnetic sudden impulse measuring 58nT was recorded. A sudden magnetic impulse represents a rapid momentary fluctuation of the geomagnetic field over a period of only a few minutes. It is generally associated with interplanetary shockwaves produced by energetic solar events and can (but need not always) be followed by increased geomagnetic activity.

The impact was weaker than expected, sparking mild (Kp=5) geomagnetic storm. However, the storm could intensify in the hours ahead depending on electromagnetic conditions in the wake of the CME. The Bz component of the Interplanetary Magnetic Field (IMF) has been pointing mostly to the north and this has kept the geomagnetic storm at minor levels thus far. Depending on the Interplanetary Magnetic Field (IMF), there will be a chance for additional storm flareups over the hours ahead. Visible Aurora will remain possible at very high latitudes.High-latitude sky watchers should be alert for auroras. 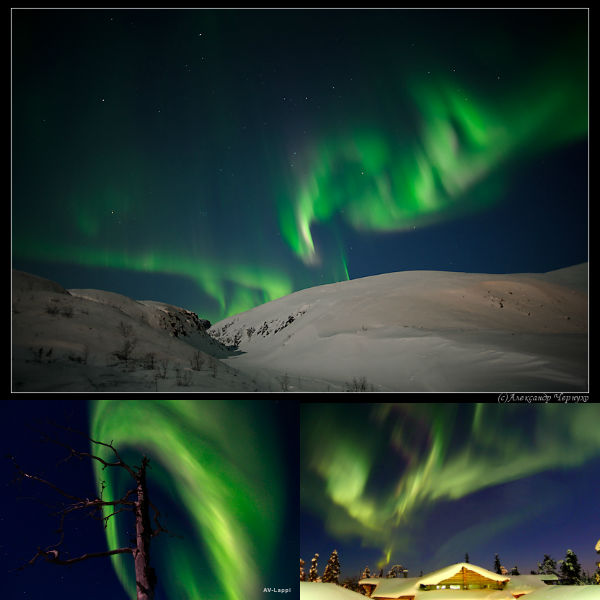 Active sunspot AR1429 continues to grow. It has unleashed four major solar flares since it emerged on March 2nd with strongest counting  X5.4 on March 7th. More could be in the offing. The active region has a “beta-gamma-delta” class magnetic field that harbors energy for additional X-class eruptions. NOAA/SWPC forecasters estimate a 40% chance of an X-class solar flare today from big sunspot AR1429. The sunspot is almost directly facing Earth, so any such eruptions should be geoeffective. 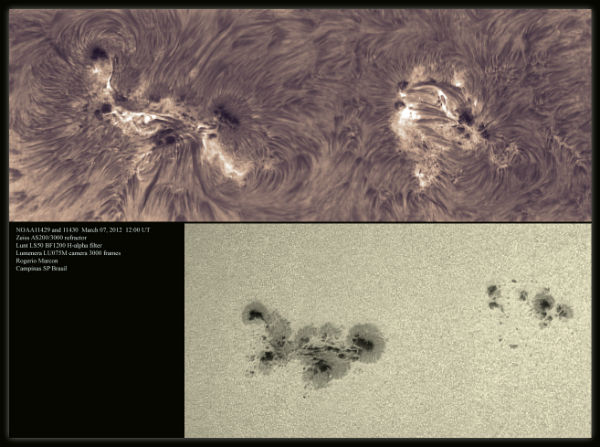 Active sunspot AR1429 is now more than seven times wider than Earth. It is visible by backyard solar telescopes or in some cases even with naked eye. 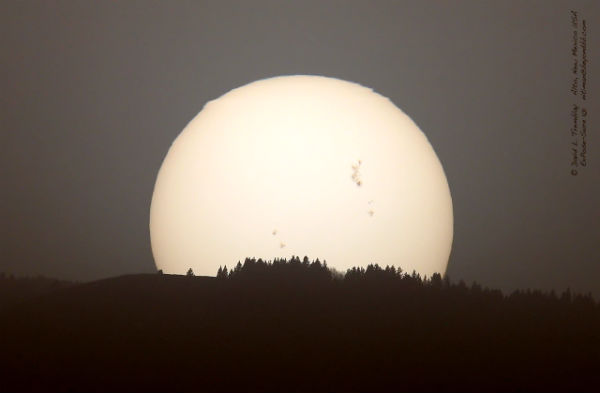 Solar Activity Forecast: Solar activity is expected to continue at low to moderate levels with a chance for further X-class activity from Region 1429 for the next three days (09 – 11 March).

Geophysical Activity Forecast: The geomagnetic field is expected to be unsettled to active with isolated minor to major storm periods possible on day 1 (09 March) as the Earth continues to be under the influence of the CME from 07 March. Quiet to unsettled conditions with isolated active periods possible are expected for days 2 – 3 (10 – 11 March).