The maximum estimated Tsunami wave height was 0.2m for Isavai, Vanuatu. This height was estimated to be reached 00:11 hours after the start of the event.

No destructive widespread tsunami threat exists based on historical earthquake and tsunami data. However, earthquakes of this size sometimes generate local tsunamis that can be destructive along coasts located within a hundred kilometres of the earthquake epicenter. 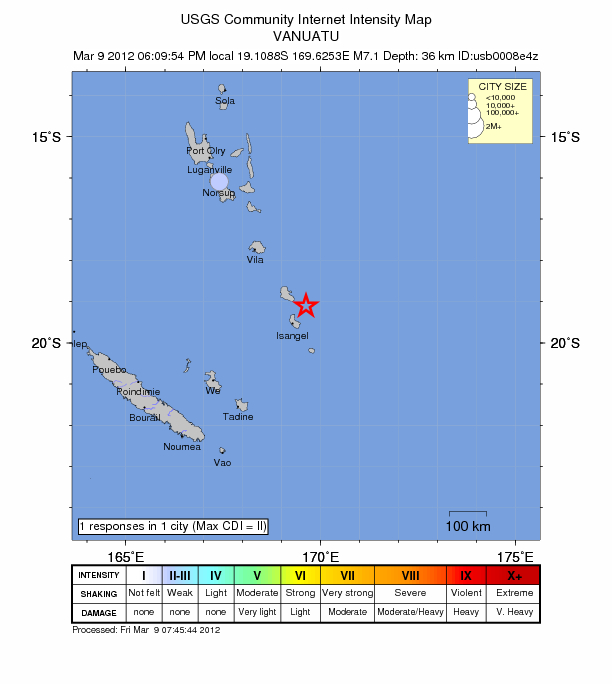