Extremely rare red auroras were seen over Utsjoki, Finland, on Monday and Tuesday, October 12 and 13, 2020. These natural light display, also referred to as northern lights, are normally green. However, for some reason, the solar wind on Monday excited oxygen at altitudes higher than normal, producing the rare red color.

Arctic photographer Rayann Elzein, who sees auroras all the time over Utsjoki, was able to capture the remarkable phenomenon.

"It took a while to develop to bright auroras, and in the meantime, it appeared quite 'milky' to the naked eye (just like the Milky Way), but a picture revealed that it was almost only red," he described the lights.

"Rarely have I seen anything like this before," he added. "I double-checked the white balance on my camera to make sure nothing was wrong. But it was the same color temperature as on all my other northern lights pictures."

"Later, we were treated to the usual swirls of green and even some pink nitrogen fringe," Elzein continued. "When the green swirls calmed down, the red returned."

Auroras are usually green, the glow oxygen atoms emit about 150 km (93 miles) above the Earth's surface, Dr. Tony Phillips of the SpaceWeather.com writes. Red auroras are also generated by oxygen atoms, but at altitudes between 150 and 500 km (93 to 310 miles).

The temperatures and density of the atmosphere at those altitudes favor atomic transitions that release red photons. As shown in Elzein's photos, red lights were stacked on top of the green.

"For some reason, unknown to us, the solar wind on October 12th excited oxygen at higher altitudes than usual, giving rare red auroras their chance to shine," Phillips noted. 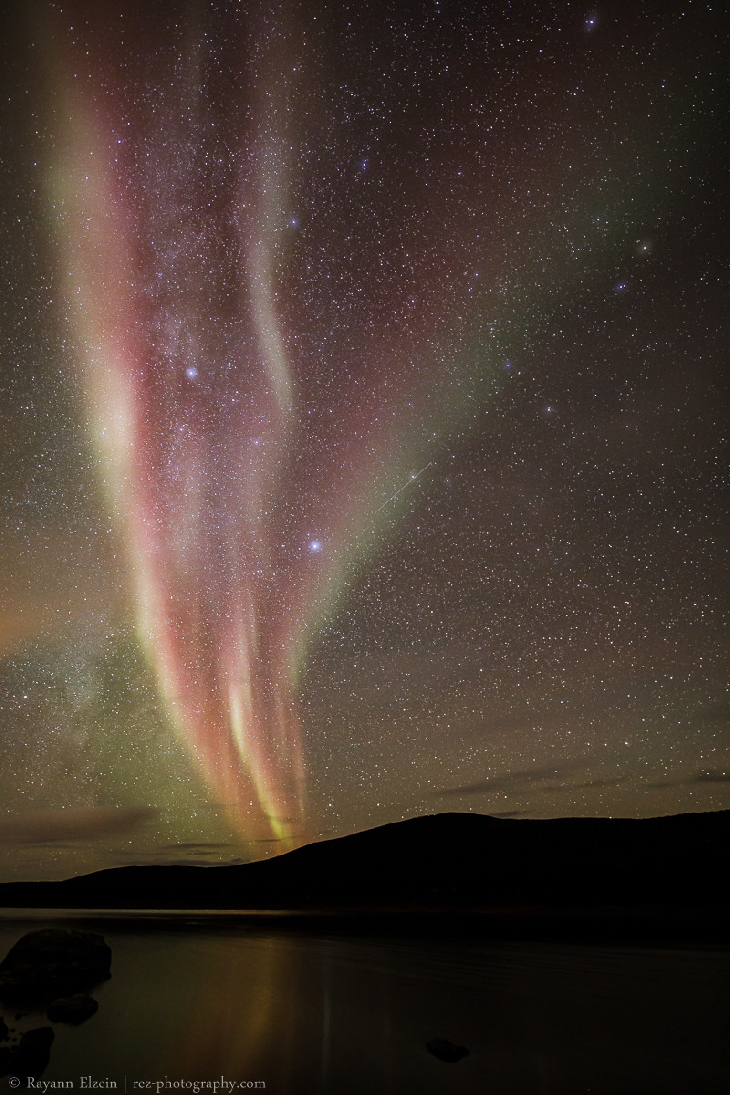 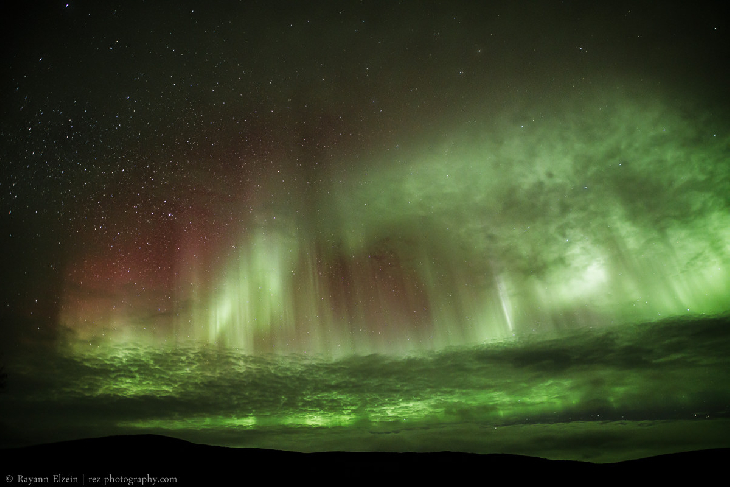 On Tuesday, Elzein was able to photograph the red lights for the second night in a row, which he called "an extremely rare event."

"Is this the new normal? For the second night in a row, we have photographed red auroras– an extremely rare event," he wondered.

"On the night of October 13th, auroras appeared out of nowhere, and immediately, I noticed that the green layer was topped by a red layer," said Elzein. "The same thing happened on October 12th."

Red auroras are usually too faint to be seen by the naked eye or even to be captured. These lights come from an extremely rarefied layer of the atmosphere. Chemical physicist Les Cowley explained that the very slow atomic transitions that cause red photons are interrupted easily. 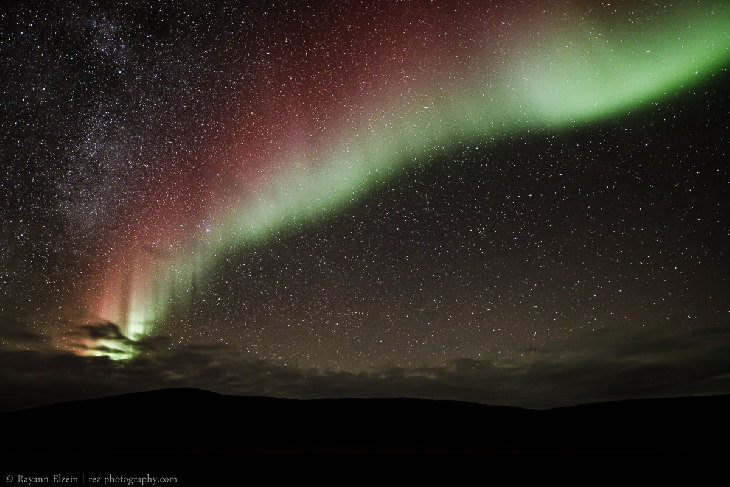 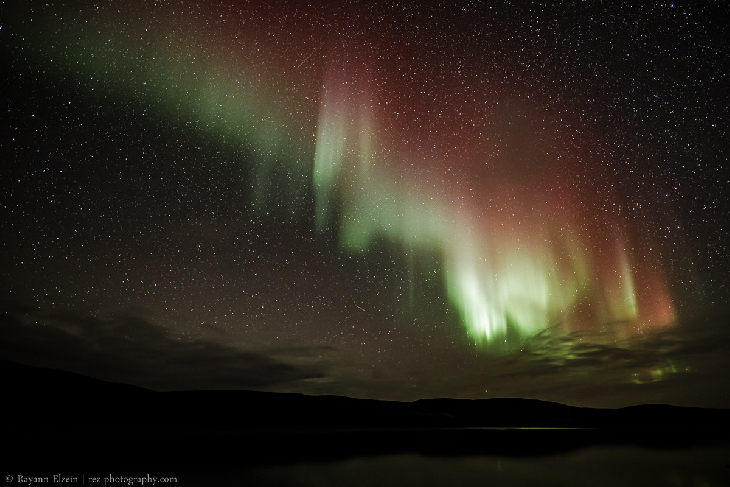 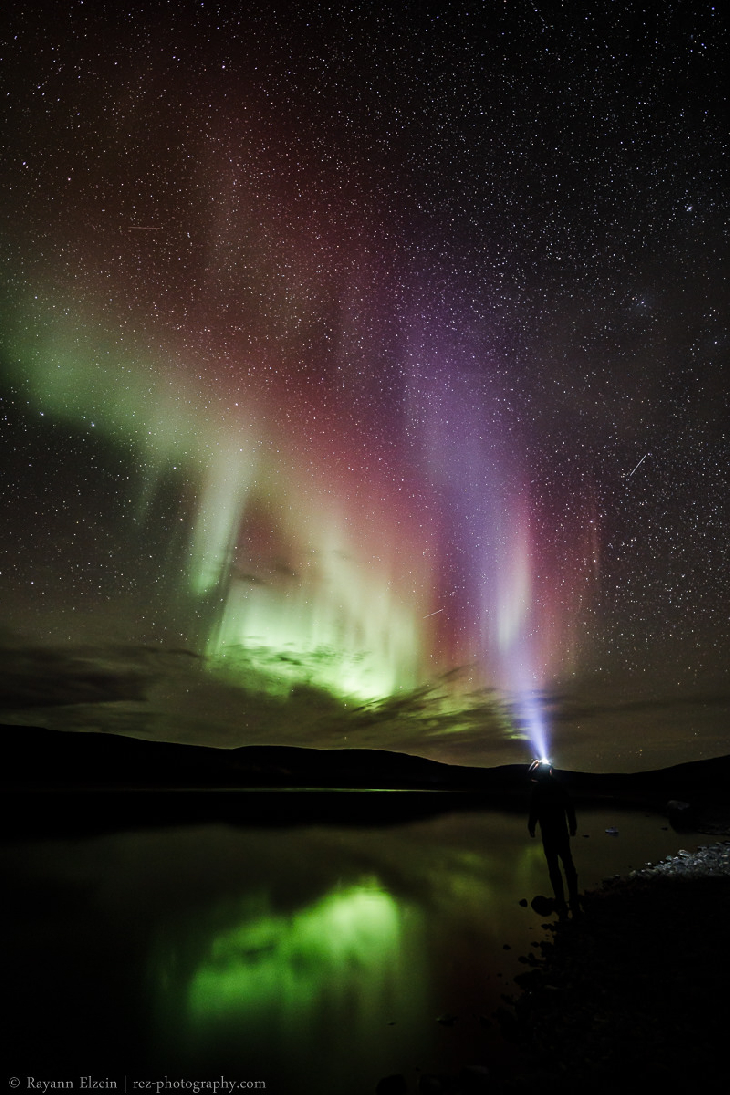 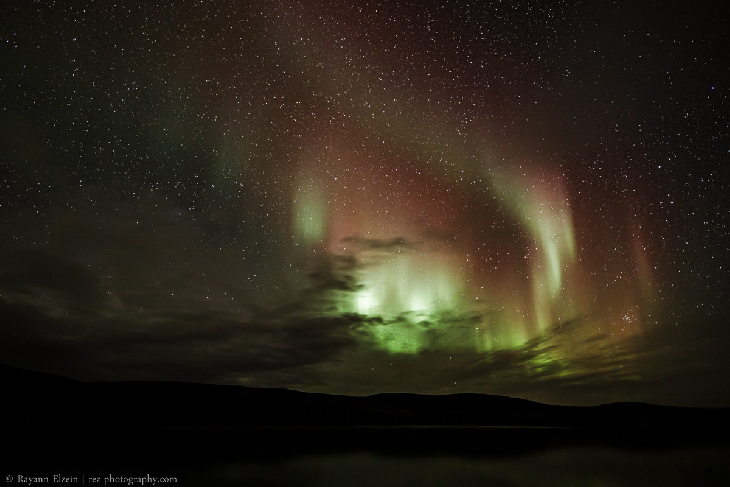 Solar activity was very low and the visible solar disk was spotless over the past 24 hours. The greater than 2 MeV electron flux was normal to moderate and the greater than 10 MeV proton flux remained at background levels.

Solar wind parameters were indicative of a slow regime. Total IMF strength was 4 to 8 nT and the Bz component was mainly northward. Solar wind speed averaged around 300 km/s and the phi angle was predominantly negative. 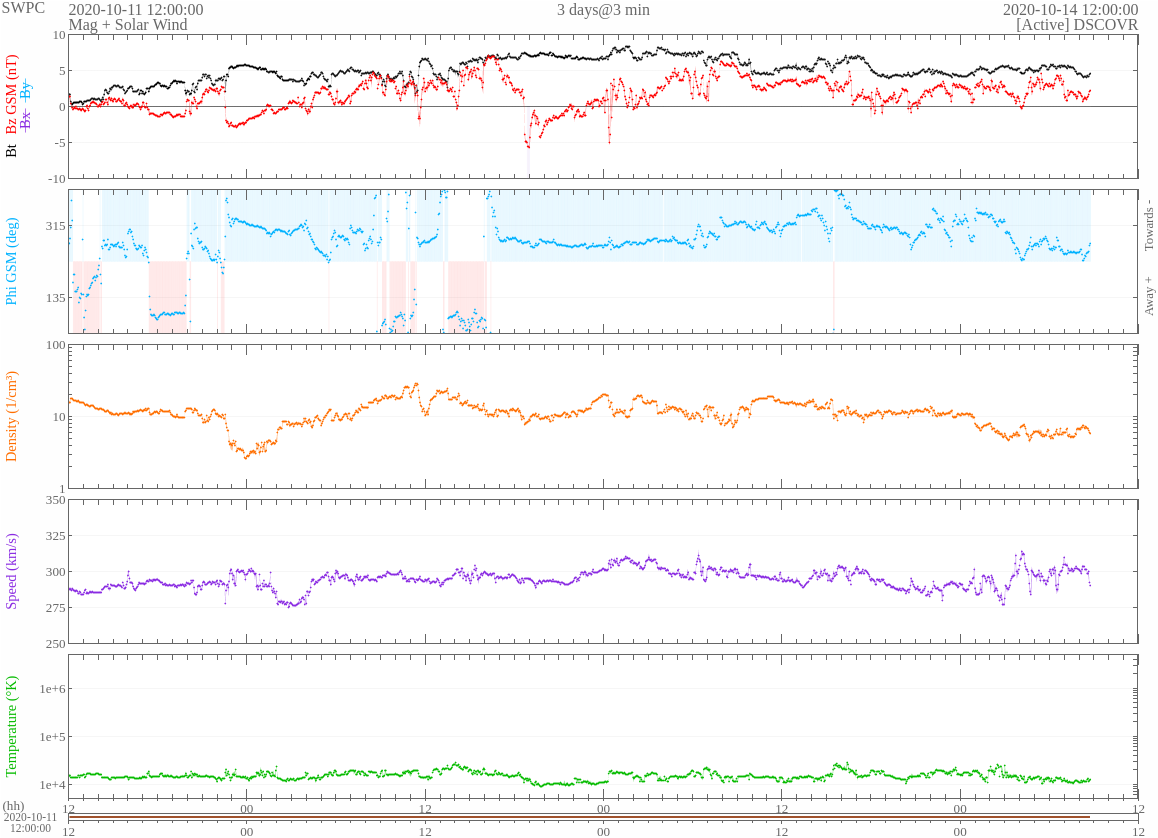 The geomagnetic field was quiet and expected to be mostly quiet through October 16.