At least 29 fatalities have been confirmed in central Vietnam as of Tuesday morning, October 13, 2020, after prolonged heavy rains triggered destructive floods and landslides. 12 others remain missing, more than 130 000 houses have been inundated, and wide swaths of crops have been damaged or destroyed.

According to the Central Steering Committee for Natural Disaster Prevention and Control, 23 of the victims succumbed to floodwaters, three died in boating accidents, while the remaining three lost their lives due to electrocution.

Among the victims in Thua Thien-Hue was a 35-year-old pregnant woman who was going into labor. She and her husband took a boat on the way to a local medical center for delivery, but the boat upturned and she was swept away by floodwater.

Two fatalities each were reported in Quang Binh and Kon Tum, while one death each was reported in Da Nang, Quang Ngai, Gia Lai, Dak Lak, and Lam Dong.

Since last week, the central region has been struck by intense rains after a cold spell and tropical turbulence came into contact.

The turbulence then strengthened into a tropical depression and was named Linfa. The storm made landfall over Quang Nam and Quang Ngai on Sunday, October 11, worsening the situation.

Local authorities have appealed to the government for urgent food assistance of more than 6 500 tons of rice, 5.5 tons of dry provisions, 20 000 boxes of noodles, and other rescue equipment.

Another tropical storm named Nangka is forecast to make landfall in northern and north-central Vietnam on Wednesday. The storm is expected to bring up to 400 mm (16 inches) in parts of the aforementioned regions, the national weather agency warned. 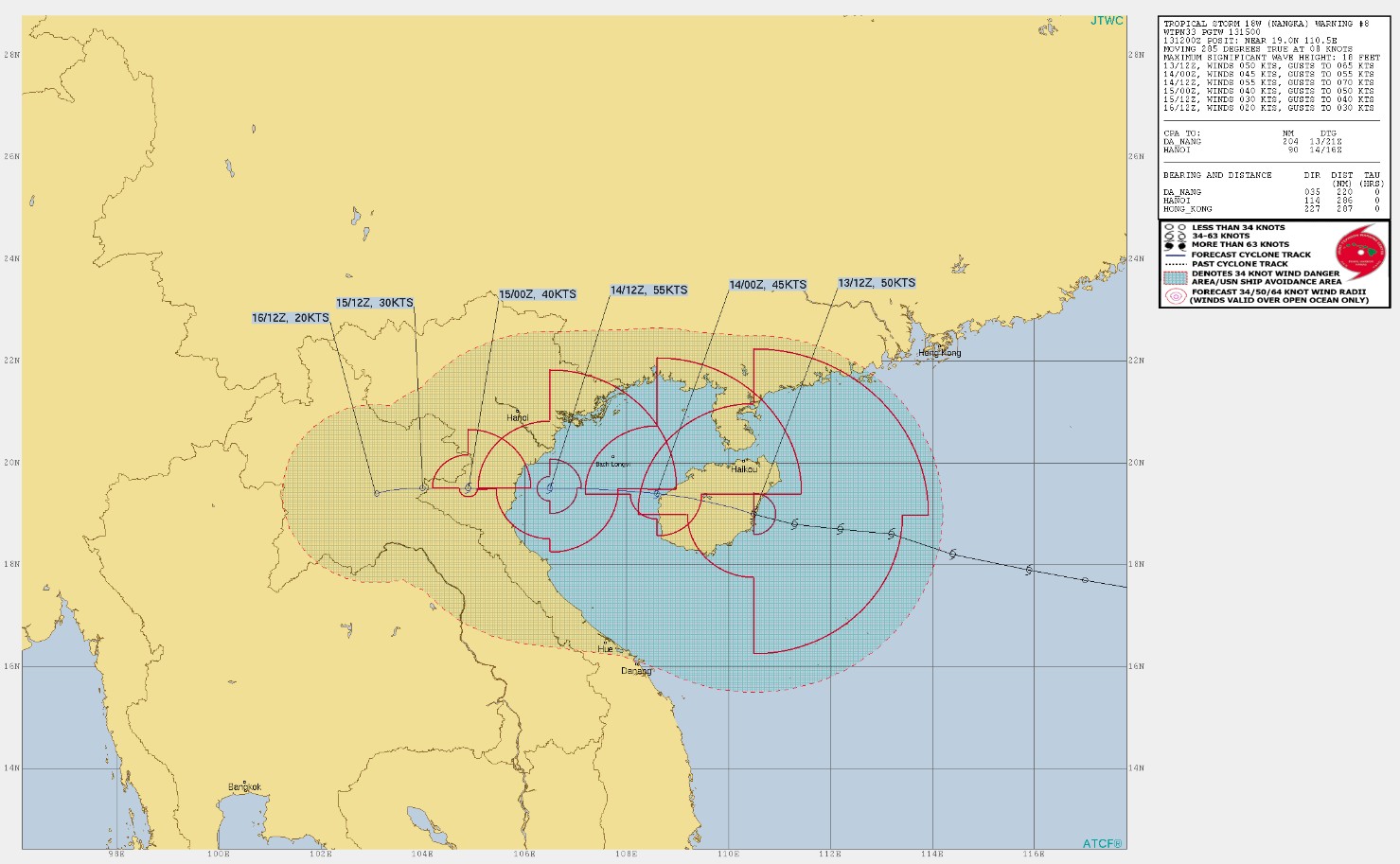