The Finnish Lapland is likely to see extensive spring flooding in the coming days, as warm temperatures and intermittent rains set spring thaws in motion. The Finnish Environment Institute's leading hydrologist Bertel Vehviläinen says that the current data points to the worst flooding in 20 years in some rivers. Region's largest city of Rovaniemi is expected to see the highest flood levels, comparable to the large floods in 1973 and 1993. The cities of Tornio and Kittilä also expect extensive water damage.

"Lapland sees flooding every spring, so this year is no exception in that respect, but it will be unusually fierce. Water levels may not reach record levels, but they will be very high," he says, according to Yle News.

Now, the worst situation is in the popular ski resort municipality of Kittilä, Vehviläinen says, where water levels will pass the flood lines within the next 24 hours. The local ELY center (Centre for Economic Development, Transport, and the Environment) predicts that flooding there could rise to 70 cm (27.56 inches) past the damage threshold at its peak.

Record flooding is also forecast for Lapland largest city of Rovaniemi, where flooding is expected to peak half-way through next week. The city last saw major flooding in 1993 and 1997.

The situation is also critical in the northwest border city of Tornio. If the flood barriers cannot be fortified and elevated in time, the water of the Tornionjoki river is expected to rise above them. A few dozen conscripts have been dispatched to pile sandbags along the riverfront in the city center, Yle News reports.

"The flood situation in Tornio is still critical, and it is estimated that the water will rise above the flood line if the flood banks cannot be elevated enough in time. Extra flood barriers are coming from South Ostrobothnia, and they are hoped to raise the flood banks up to 45 cm (17.7 inches). There is a couple of days to put them in place." Lapland's rescue department said in their statement on May 12. 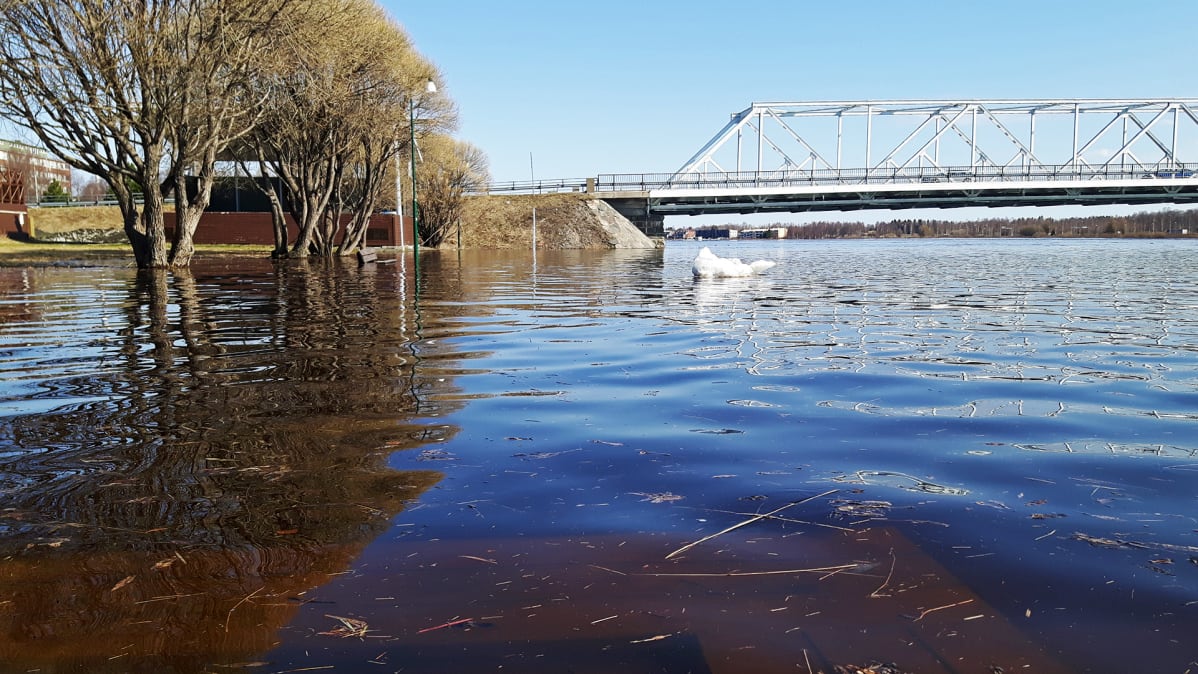 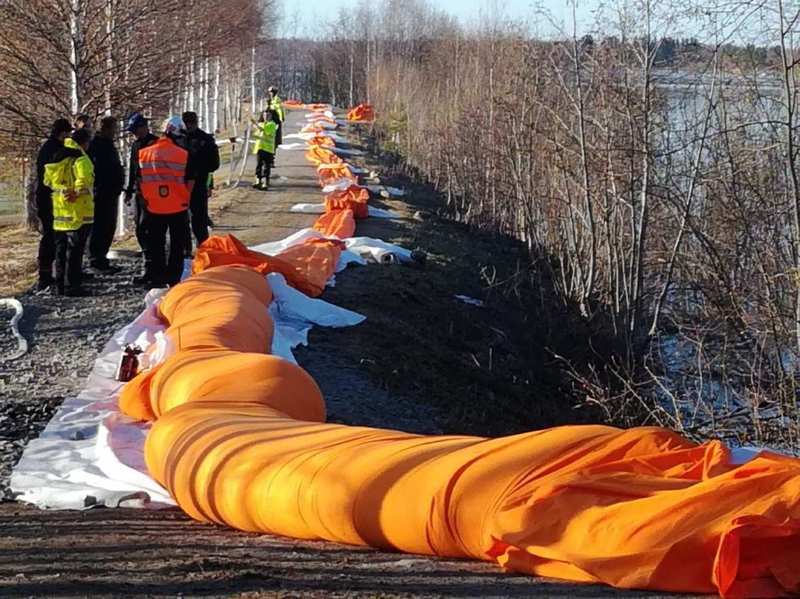 Installing of flood barriers next to Tornio River on May 12, 2018. Credit: Toivo Mikkonen

The Ivalo river in the municipality of Inari is still rising, and possible flood damage may occur. Local rescue department has already made single evacuations near Ivalo village. The flood peak is expected May 14 – 15.

The acute situation can be attributed to the rapid change in temperatures and vast amounts of snow in Lapland this winter.

"If it were a bit cooler, things wouldn't be so bad, but now we've just had some bad luck. When you still have snow on the ground and 20 °C (68 °F) temperatures, the snow is definitely going to melt," Vehviläinen says.